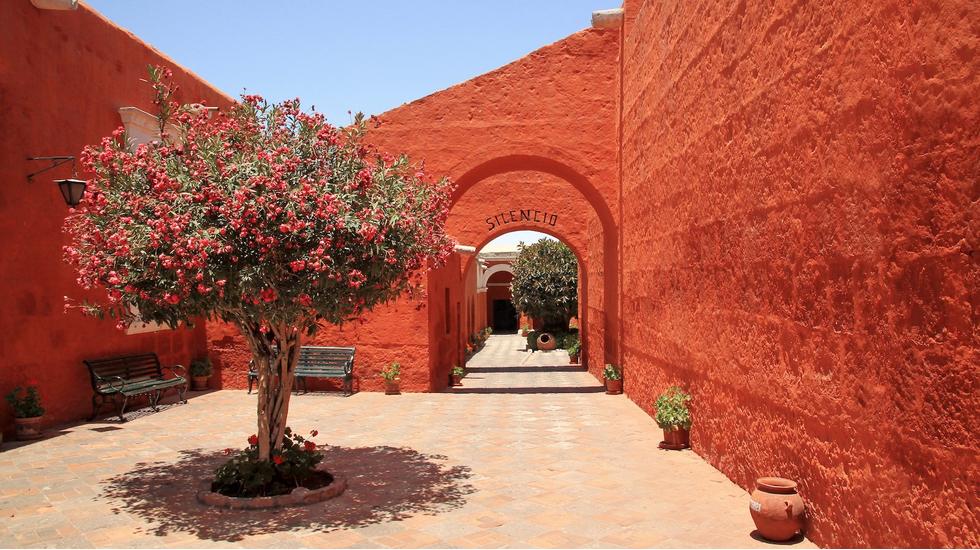 Shadowed Shadowed by three dramatic volcanoes, Arequipa's setting is about as glorious as you can get. Much smaller than Lima and far less touristy than Cusco, Peru's second-largest city has just as much cultural significance - and arguably considerably more beauty. Arequipa's centre gained UNESCO World Heritage status in 2000, and the city's vistas, with the El Misti volcano looming behind, are magnificent. Arequipa's white baroque buildings are made from local white volcanic sillar rock and give the centre a grand and markedly European flavour.

The city played a key role in Peru's gastronomic renaissance and today is home to some of the country's best restaurants, where you are encouraged to try national favourites such as alpaca and guinea pig, as well as the vast array of potato dishes. Due to the low altitude (unusual for a Peruvian city) and the near-constant blue skies, Arequipa is a delight to explore. Here's the best of this sunny, colourful and stylish city.

For those looking for a taste of luxury, Casa Andina is one of Arequipa’s most celebrated hotels.

Arequipa’s Libertador is a rather unusual upmarket hotel: built in the 1940s, it’s much more modern than the city’s other top hotels, but no less appealing.

If you’re looking for characterful accommodation, look no further than La Casa de Melgar. An excellent mid-range option, this hotel is just a few blocks from the Plaza de Armas and its 18th-century Spanish colonial style makes for an authentic stay. Thanks to its many courtyards, vaults and archways, it almost feels as though you’re in a monastery – but thankfully the vibe is a lot more relaxed. The bedrooms are light and airy, the staff friendly, and the complimentary breakfast delicious.

This is the best budget option in Arequipa.