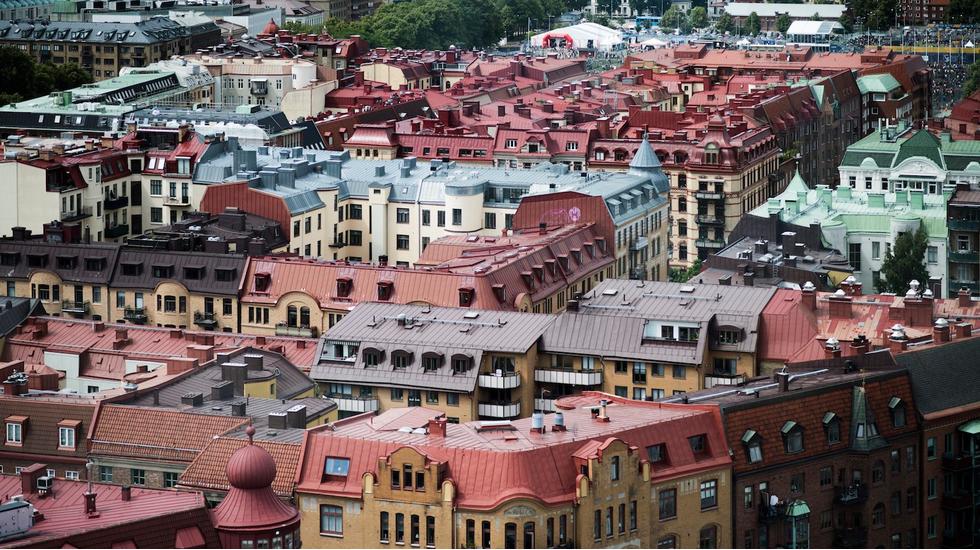 In In film and fiction, there's no character more enticing than the underdog. And the same goes for cities. While Stockholm is known for being effortlessly cool with its medieval architecture and novel culinary scene, Gothenburg has existed somewhat in its shadow. But just hours after arriving in this compact, laid-back city, we knew it would always be our first choice.

Stylish, serene and warmer than a freshly baked cinnamon bun, Sweden's second-largest city bursts into life in the warmer months. Bars overflow onto the streets, restaurants stay open late and the docks fill with locals stocking little boats with camping supplies for a weekend of island hopping. This is also the best time of year to get a flavour of Gothenburg's famed musical side; wandering the streets you'll spot chirpy buskers and bands fringing the parks, while Way Out West festival turns west Sweden into a music mecca for three days in August.

The city's approachable size makes it easy to explore on foot or bike. A cobbled centre (a hippy hangout in the 60s and 70s), traditional red-wood buildings and striking contemporary architecture provide the backdrop as pale-blue trams yawn their way across the city, ferrying folk between coffee-scented squares and glassy canals.

Tattoos are extremely popular with people of all ages decorated in ornate body art, while their clean-as-a-whistle style feels like an afterthought rather than a conscious decision. They're an infectiously friendly and sociable bunch, valuing their downtime by making use of the city's abundance of unspoiled green spaces - 274 square metres per person, to be precise. On warm evenings when the sun can hang in the sky until 11PM, locals fill the grassy riverbanks and sip craft beer at the bars lining the water. Come summer, they head to Gothenburg's archipelago - a collection of 20 islets scattered along the coast - to recharge among picturesque fishing villages, wild landscapes and spotlessly clean beaches.

The city has adopted 12 ambitious environmental objectives to be achieved by 2020, including sustainable forestry, clean air and low-emission traffic zones. Perfect, crystal-clear water runs from the taps, while most food comes fresh from the surrounding land and waters. This is reflected in the culinary sphere, which is quietly exploding. The city has seven Michelin stars and forward-thinking eateries serve organic, seasonal produce as a way of life rather than a trend. Fish and world-class oysters grow slowly in the icy waters of the North Sea, allowing them to develop a full-bodied flavour, and the colourful food trucks around town take full advantage of these on-the-doorstep supplies. The daily ritual of "fika" - coffee and sweet treats - is strictly adhered to, with some cafés offering a conventional experience and others are furnished in a style that has become synonymous with modern Sweden: candles, sheepskin rugs tossed over sturdy mid-century furniture and wide windows drinking in natural light.

Liberal, creative and refreshingly unpretentious, Gothenburg is a city where anything goes, fuelled by a noticeably young population who cherish Swedish traditions with their eyes fixed firmly on the future. It is a place that at once feels like home but is full of surprises at every turn. With the clean, crisp air blowing in from the sea and surrounding countryside we spent the last night at our favourite natural-wine bar, toasting a plan to spend two months here next summer.

The Curious Pear in partnership with Visit Sweden.

The world’s first free hotel operates in the currency of experience. Seasoned travellers preach that immersion in new cultures are a priceless commodity and cities thrive off creative diversity. Forward-thinking, Gothenburg-based clothing label Elvine agrees, championing this ethos by offering creatives a free room in their hotel. With speedy wifi and endless free coffee, as well as a few luxury extras (robes, slippers and a treasure trove of grooming products) the Creators Inn redefines the term home from home. A glamorous alternative to couch surfing, Italian DJ Alexander Robotnick and fashion duo Jojo & Malou were among the first to stay.