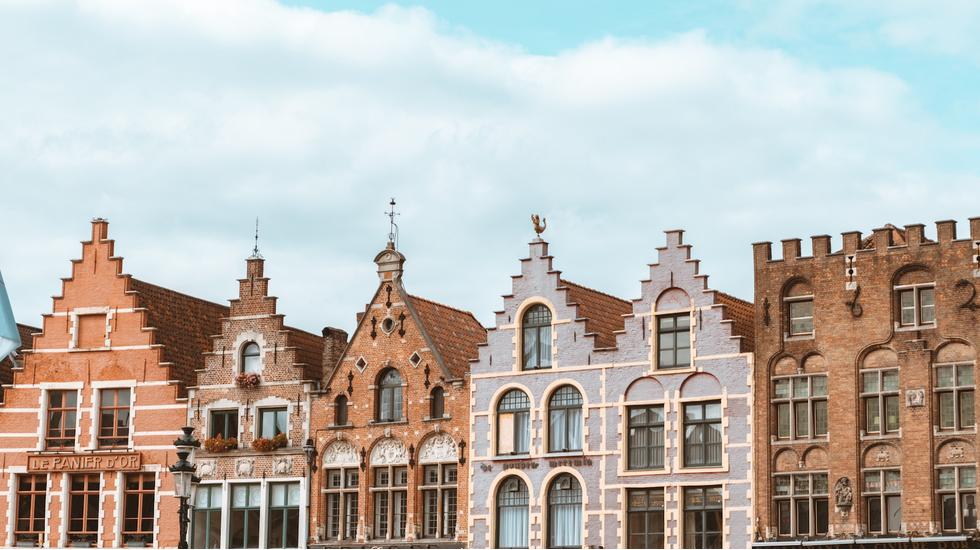 Keen Keen to broaden your cultural horizons? With newly opened galleries and must-see exhibitions, these five cities should be on every art lover's radar for the year ahead.

Five destinations every art lover should visit this year

Okay, the Leopold Museum is teeming with Egon Schiele's scribbles and, from the outside alone, the Mumok makes a rather bulbous case for the city's progressive art credentials, but Vienna is not known primarily as a home of epoch-defining modern art. Come March, that's all expected to change as the city welcomes the Albertina Modern to its roster of high-profile art institutions. Built within the shell of the city's 19th-century Kunstlerhaüs at an expense of €50million, this architectural collage of white space and renovated baroque-style rooms will form the background to a 60,000-piece collection of modern art by some of the 20th century's most illustrious names (think: Andy Warhol, Cindy Shermand and Gerhard Richter). The Albertina's opening exhibition - a survey of art in Vienna from 1945-1980 - is this year's hot ticket.

Norway's long, daylight-filled summer days makes it a prime spot for gallery hoppers with stamina. Want to discover Norweigan artists? Try Standard (Oslo), Galleri Riis and Galleri Brandstrup. On a clear day, you can't go wrong with a tour of the pine-studded Ekebergparken Sculpture Park either (our tip: bring binoculars and look up). This year's big development is the Munchmuseet, which has been relocated from an unassuming 60s gallery east of the city centre to a teetering glass edifice on the waterfront in Bjørvika. Set for a spring opening, the museum will showcase some 1,150 paintings and 18,000 prints and will feature a staggering seven-metre-high bronze Tracey Emin statue at the entrance. Emin is also the subject of the museum's first exhibition, which pairs her work with that of Edvard Munch. We're sold.

This year marks the official opening of the Heneghan Peng-designed Grand Egyptian Museum, 18 years after plans were first set in motion. Among other gilded artefacts, it will contain all 5,400 precious objects unearthed from Tutankhamun's tomb in the Valley of the Kings. Nevertheless, Cairo is not all about ancient history. Inquisitive travellers with a penchant for snooping out arty enclaves can find treasures of their own. The Townhouse Gallery's crumbling facade might be off-putting, but inside a complex of multi-use art spaces unravels. The same goes for Room Art Space, a DIY performance venue hidden in the basement of a deceptively officious-looking building in the Garden City - so popular was this first enterprise that a second opened last year in New Cairo. Wander the city streets and you can expect to come face-to-face with Mohammed Mahmoud's street art. It's politically motivated, ever-changing (to the ire of local authorities) and distinctly Egyptian. The pyramids can wait.

Don't be deceived by Cluj-Napoca's apparent Transylvanian folksiness, the city is fervent with the same post-Soviet, get-up-and-go attitude of Berlin. Subject to the whims of its dense student population, the city's museums are constantly in flux and refreshingly unpretentious. Visit the National Museum of Transylvanian History and you'll likely find students or gallery assistants mid-installation. At the post-industrial Paintbrush Factory, ambitious students present their meditations on theatre, dance and contemporary art, while at the Matthias Corvinus House, the Art and Design University's most dexterous members of staff present their works. There are no big openings of note in the city this year, but that makes it no less worth a visit.

There's something about canalside cities that results in both a tremendous café culture and effervescent art scenes. If you like Amsterdam or Copenhagen, try Ghent. For those with a finger on the pulse of contemporary art there's KIOSK, a launchpad for young artists housed in a creaky, neo-gothic lecture theatre; the Herbert Foundation - a souped-up warehouse sparsely filled with Annick and Anton Herbert's private collection of avant-garde art; and Kunsthal Gent, a church-turned-artists'-residency. Each of these reclaimed gallery spaces are set to be overshadowed this year, however, by the exhibition Van Eyck. An Optical Revolution at the Museum of Fine Arts, which will bring together 20 works by the Renaissance pioneer.