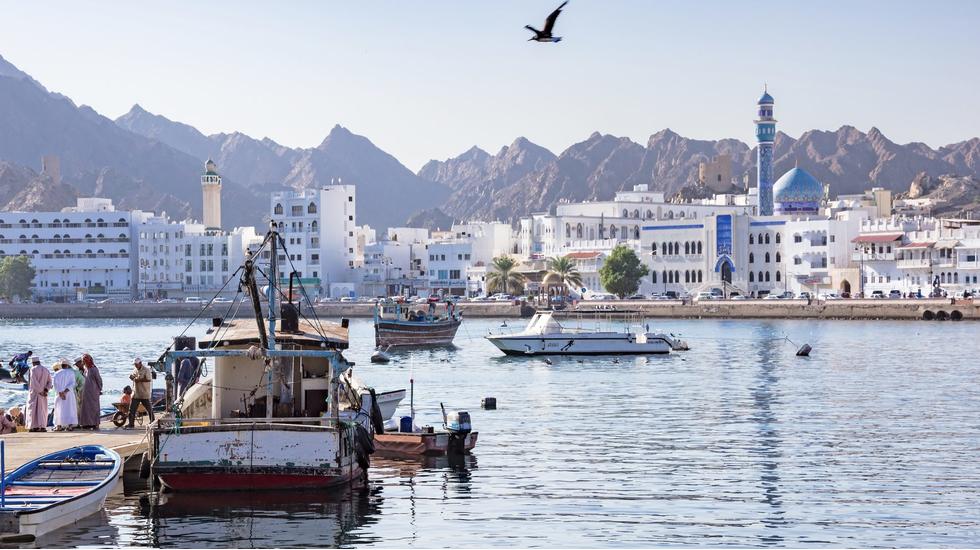 Visit Bangkok before the rush of holiday crowds to eat some of the best street food in the world in this vibrant Asian capital. Then make your way to tropical city of Surin where thousands of Thais and travellers gather in the third week of November to watch the country's biggest elephant show. Parades, feasts and trunk-waving sporting events all happen in the name of celebrating the sacred life of the highly revered animal.

After the monsoon season, the drier air makes for more spectacular views of the mountainous terrain, and the stifling summer heat is little more than a distant memory. Visitors can camp out in the Wahiba Sands desert (a four-hour drive from ) to appreciate the desert's starry sky, totally uninterrupted by artificial light. For the nature lover, it's a good season to see some of the many turtle species hatching along Oman's coastline.

Hong Kong really is a city of the night, so spend your days out of the city paddle-boarding at one of the neighbouring beaches or hiking in the surrounding mountains. Come evening, return to dine at an endless array of delicious restaurants before spending the rest of the night hopping from bar to club in a heady mix of Asian and European cultures.

Ireland's west coast is a magical place filled with stunning panoramas, ancient myths and legends, music and wild dancing. Rent a car and drive along its dramatic shoreline, filling your days with blustery walks and bone-chilling swims. Come night time, warm yourself by the fire in a cosy pub before collapsing into bed in one of the area's boutique B&Bs.

Forget Tulum for now - this nature-rich island has an authentically Mexican feel set to make it the country's must-visit destination. Just two hours north of Cancun, this oasis is a far cry from big resorts and tourist-filled beaches. Sunbathe on untouched sands and kick back among diverse wildlife, including whales, sting rays, pelicans and flamingos.

Unsurprisingly, Portugal's bustling cities remain at the top of most travellers' travel lists. From Porto's tiled buildings to Lisbon's hip rooftop bars, both cityscapes are dotted with one Insta-worthy place after another.

A world away from frenetic Los Angeles, Santa Monica is a city in its own right. David Hockney once had his studio there and described it as his "promised land". The sunny city's influence on the artist is clearly seen in artwork full of clean lines, pastel colours and aquamarine swimming pools. Chill out among clean-living surfers and bikini-clad power-walkers while admiring Instagrammable Cali architecture against a backdrop of impressive mountains.

Protected by mountains and a remote location, Baracoa has retained an elusive, untouched nature and is often overlooked by those visiting Cuba. Known locally as a land of chocolate and coconuts, swim in waterfalls and relax on secluded beaches with the rustle of palms as your soundtrack. While Cuba has gained huge popularity in recent years, travellers often bemoan the monotonous cuisine. Baracoa firmly goes against the grain, with an abundance of fresh seafood including red snapper, swordfish and lobster.

Some things seem destined to endure in Marrakech, and both locals and visitors continue to rejoice in the city's oldest traditions. But there's change in the air. Within the ancient walls of the Medina, new art, music and food scenes are simmering thanks to a generation of young creatives. Hotspots include stylish Nomad and its reworked classic dishes; Le Jardin, a meeting place for artists and intellectuals; and Voice, a gallery committed to showcasing young talent and contemporary art in an airy, modern space.

Daycations are becoming a growing travel trend among money-conscious millennials, and few places beckon Londoners away from the Big Smoke quite like the pebbled beaches, refreshing sea breeze and pastel-coloured buildings of coastal Kentish towns. Whitstable ranks among the best with its winding, cobbled lanes featuring names such as "Squeeze Gut Alley", beaches are perfect for long walks, and beachfront huts offering some of the best British seafood in the UK. The old saying goes, that when there's an "r" in the name of the month, it's oyster season, so come anytime from April to September for a less crowded escape. That being said, the annual Whitstable Oyster Festival takes place at the end of July, when native oysters are out of season, but the town is packed.

Beyond myths of bloodthirsty counts and creepy fortresses, Transylvania is brimming with flower-filled meadows, colourful baroque buildings and quaint villages, all framed by the towering, snow-capped Carpathian Mountains. Hop between the ancient cities of Sibiu, Braşov and Cluj-Napoca to get a real feel for the Romanian region. Outside of the cities, rolling hills and oak forests make the perfect destination for those searching for unspoilt nature. While the region is beautifully colourful in spring and summer, November is the best time to go. Darker evenings make for excellent castle visits, colder weather makes the hot springs even more inviting and the snowy hills mean you can spend days skiing down the mountains.

Sitting proudly in the middle of the Indian Ocean off the east coast of Mozambique, Madagascar is the world's fourth largest island. Despite its unique flora, fauna and landscapes, it's perhaps best known for the eponymous Disney film - although if we're honest, Sacha Baron Cohen's voice as King Julien serves as a stellar reason to visit the island. Spend days trekking through sandstone canyons, clambering through forests in search of lemurs (the island's national animal), and stumbling upon empty patches of golden sand. The island is a hotspot for biodiversity, with around 90 per cent of its plant and animal species being unique to Madagascar - so take someone eager to explore them all. Spend days snorkelling among colourful fish (or diving to spot some sharks, if you're feeling brave), watching frogs hop about on land or admiring lemurs that swing from trees. We suggest going in November for that last dose of sunshine before Christmas.

What's happening in the world in November?

2 November: Day of the Dead, Mexico

9 November: Day of the Skulls, Bolivia

Discover More
Where to Travel in December
Read now