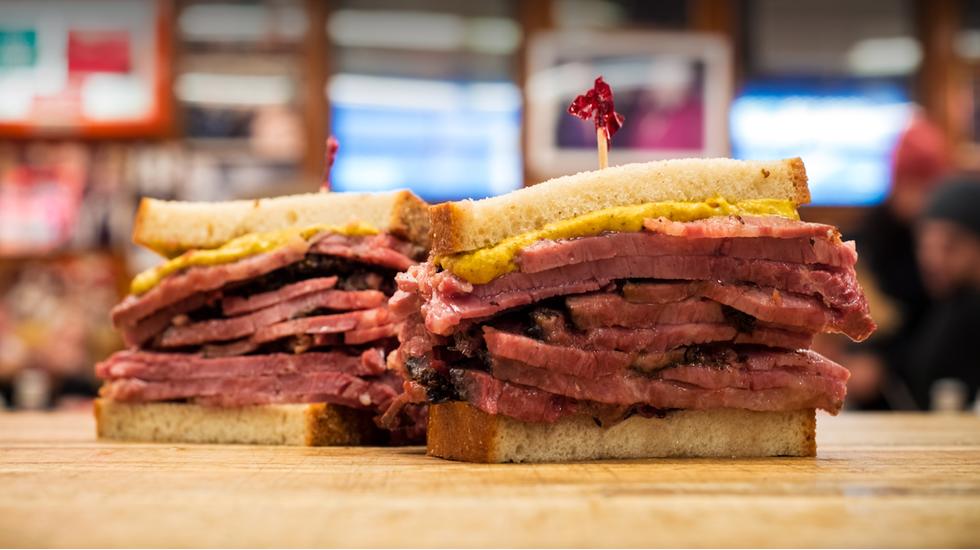 In In the city that never sleeps, it comes as no surprise that there's a high demand for great late-night food. Forget cheesy chips or Dominos, New Yorkers expect the same standard of deliciousness at 4AM as they do at 4PM. Although, let's face it, after a long night of dancing on tables and knocking back shots, most bleary-eyed Manhattanites would settle for any form of carbohydrate available.

Increasingly, the city's restaurants are starting to cater to New Yorker's seemingly Grecian schedules: brunch at sundown, dinner at midnight, breakfast non-existent… Forget early-bird specials and morning meals (unless by morning you mean 3AM) the times are - quite literally - changing.

New York favourite Minetta Tavern, for example, now serves dinner until 1AM Thursday through Saturday and stays open until its famous and fashionable crowd has left. Raoul's, an old-school French bistro over in SoHo, also serves food until 1AM on the weekends - the Europeans, of course, having no concept of an early dinner. The Spotted Pig, a no-reservations gastropub frequented by celebrities, plates up its fancy British fare until 2AM every day of the week; meanwhile, guests can linger at the bar until 4AM - making it very likely that they'll cross paths with overeager West Village joggers as they stumble home on a Thursday morning.

But this is mere child's play in comparison to the true 24/7 eateries across New York City; the places that welcome you seven days a week from dusk 'til dawn and are there for you with a plate of pancakes, fried chicken or a pastrami sandwich when you need it the most. Whether you've been raving until sunrise, locked up in the office past 1AM, tackling hellish jetlag or just have a case of the late-night munchies, SUITCASE has you covered with a list of our favourite midnight meals in the city.

There are few things more satisfying than being able to make a reservation for a 4AM dinner on OpenTable. For the rare breed of super-organised party animals, L'Express is your spot. To be fair, this place is great anytime of day; we're happy to come for their scrambled eggs at brunch, their classic French onion soup as a pick-me-up in the afternoon or to gossip with a girlfriend over a dirty gin martini at 10PM on a Thursday. But nothing compares to satiating a Gallic craving in the middle of the night. This quintessential French brasserie has an ambitious overnight menu including steak tartare, frisée aux lardon, escargots, baked camembert and steak au poivre. Which begs the question, pourquois pas?

The New York delicatessen that needs no introduction, Katz's is as famous for its out-of-this-world sandwiches as it is for its generous weekend hours. On Thursdays the door stays open until 2.45AM (perfect for those who like to start their weekend early) and on the weekend it's open all night. That said, its fame is both a blessing and a curse; Fridays can be absolute mayhem here and the deli's proximity to the hardcore Lower East Side bars means that the crowd can be a lot to handle. But if you're fixin' for a good old-fashioned pastrami sandwich - the kind that's tough to get your mouth around - then we promise you that the crowd and the harsh lighting will be worth it.

On the other end of the not-fancy/fancy spectrum is Cafeteria. While the minimal, all-white establishment isn't quite the hotspot it was back in the Sex and the City heyday, Cafeteria is still a stellar option for late-night eats - especially if you're the kind of person who wouldn't be caught dead going into McDonald's for post-party chicken nuggets and chips. But while the décor may be sleek and modern, the overnight menu is, thankfully, filled with glorified comfort food: cheddar and fontina macaroni and cheese with truffle oil, fried green tomato BLT, sweet potato fries and avocado toast Benedict are some of the favourites. New York's answer to Vingt Quatre, Cafeteria is the trendy all-nighter that never goes out of style.

A Ukranian diner in the East Village that offers specialties like kielbasa, pierogi, veal goulash, and potato pancakes around the clock. If you're looking for an interesting late night bite instead of your typical 3AM slice of pizza, stop by Veselka and try some cool Ukrainian dishes in the wee hours of the morning. If you're in the mood for breakfast, Veselka offers some hefty pancake plates to satisfy your late-night munchies.