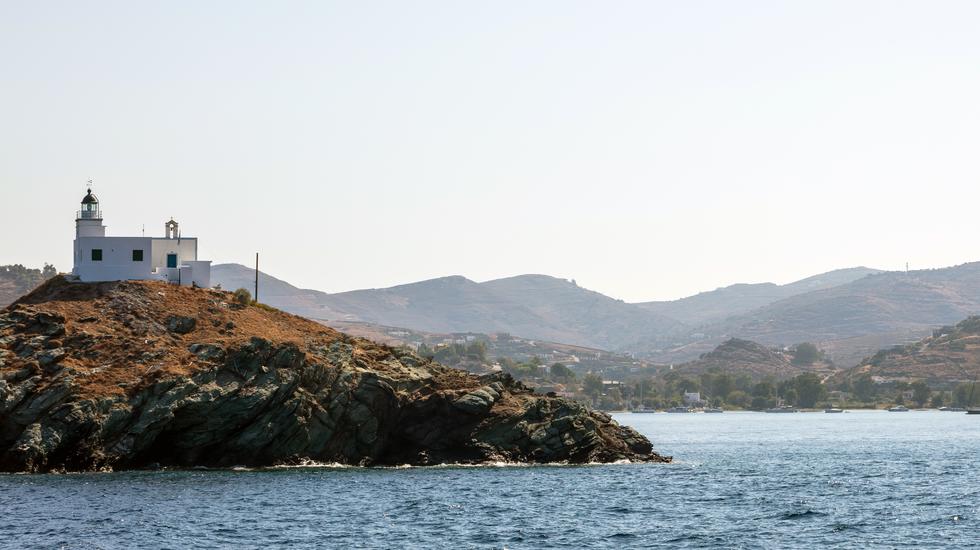 Locally known as Tzia, Kea is often overlooked by those making a beeline for Mykonos or Santorini, but it's actually the closest of the inhabited Cyclades to mainland Greece - making for a pretty ideal city break. If you've often wondered where Athenians head for their summer fix, this is it.

Decorated with whitewashed houses, low-slung villas and rust-coloured roofs, Kea is one of Greece's more unspoiled island. In fact, locals here have opted to restore ancient hiking trails rather than plaster the place with concrete roads. So, if stomping across sun-bleached trails is your thing, you'll want to start planning your visit here. We recommend the relatively easy but rewarding route that starts in the island's capital, Ioulis; it leads you to the (incredibly large) archaic statue of Kea's guardian lion.

Spend your days exploring the handsome cobbled streets or bobbing in the waves of one Kea's many remote beaches. You'll want to dedicate an afternoon for a stroll around one of its majestic vineyards scored with olive trees.

You won't want to miss the Tale Festival. Hosted every July, this event sets imaginations free as storytellers gather from around the world to share their eccentric tales.

Book a room at Aigis Suites. Partly for its huge infinity pool that seemingly rolls into the Aegean Sea, but mainly for its prime location in Vourkari.

Where to go for dinner

Don't want to leave the beach just yet? Head to Porto Koundouros Villas. Set virtually on Porto Koundouros' shore, this place delivers when it comes to seafood - and if you weren't already sold there's a daily barbecue too.

Take your girlfriends; they'll have no complaints about ice-cream fuelled beach days.

To see this island in all its sun-soaked glory, you'll want to visit between June and August.

If you're tired of losing lipsticks on the beach, pack this embroidered-straw clutch ny KAYU.

Catch a ferry from Athens Lavrio Port, you'll arrive at Kea in just over an hour.