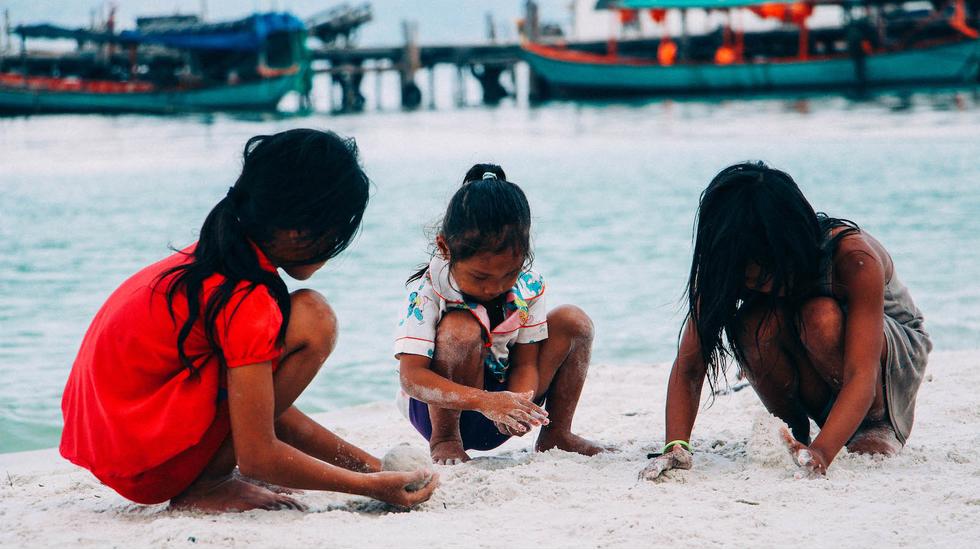 The The first thing I noticed through the lens was how colourful Cambodia is. The clothing, food, markets and landscape all combine to offer nothing short of street-photography heaven. I found being a fly on the wall much easier than somewhere like London - locals either didn't notice me or thought I was just another nosy tourist with a camera. One of the only people to clock my presence was a little boy who saw me coming in a tuk-tuk from a good 10 metres away, and was consequently ignoring a poor girl's dancing in front of him. You can tell by his expression that he wasn't best pleased - and she probably wasn't either.

For a country with such a chequered past, the people are warm and approachable; they embrace their heritage and are keen to educate others about the atrocities that occurred in the 1970s. The Khmer Rouge Killing Fields and Tuol Sleng Genocide Museum are both intense and harrowing but presented in an incredibly respectful manner and something I would recommend to anyone visiting the country.

In the space of nine days we travelled to Angkor Wat, Phnom Penh and the lesser-known island of Koh Rong, which gives Thailand's beach offerings a run for their money. A couple of night buses and day-long journeys were necessary to fit all of this in, but it was on the buses and ferries where I was able to best capture the characters of Cambodia.

Reflecting on the trip I feel like I barely scratched the surface of the country on such a whistle-stop tour. Given the chance, I'd return to Koh Rong in a heartbeat, and then spend time away from the tourist attractions trying to immerse myself into the local community.