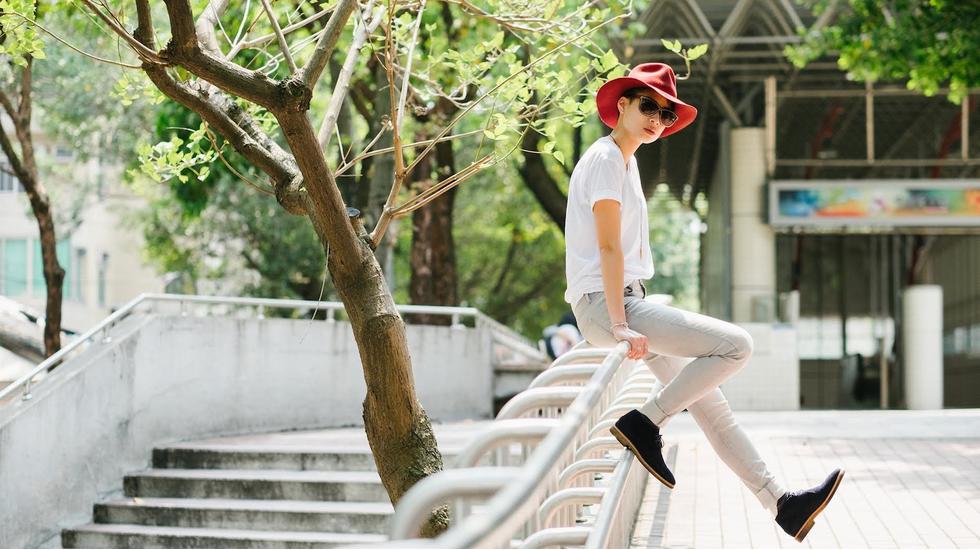 Taipei Taipei was named 2016's Design Capital, but that's not news to creative director Musee Wu. After growing up in both Tokyo and New York, she chose to return to Taiwan four years ago to set up her own creative agency. In 2012 she founded A&M Creative with her business partner (who she met working on a project together for Wallpaper Magazine) and has since worked on a number of exciting projects in the city (they conceptualise, produce and install all of Hermés' window displays in Taiwan). Here, we talk to Musee about working culture for women in Taipei, the creative scene, and where to get the best beer. With a global mindset (she was one of our Taiwanese influencers on the WW Club + SUITCASE Taipei Exchange) and a keen eye for design, you'll want to follow her insider's guide.

How did growing up in various cities (New York and Tokyo) affect your professional career?

Visiting a city and living in one are two totally different experiences. I think having lived in both New York and Tokyo gave me a deep understanding of how the people and cultures of those places function. The subtle nuances of daily interaction help you to gain insight into the sensitivities that are necessary for dealing with people from different backgrounds. That has been a big help in my career when it comes to dealing with clients and collaborators from around the world.

I live in the Da An area of Taipei. It's the most central section of the city and encompasses elements of both old and new Taipei, and is also the most convenient area to be living. Here, you can find both luxury shopping centres and narrow alleys with cafés hidden in old houses. I work from my home studio, but travel to various parts of the city to meet with our collaborators. For example, our production team has their studio-cum-factory in the Beitou area of Taipei, known for their hot springs. It's always fun to go for a studio visit and see a more industrial part of the city.

What's it like being a women in the workplace in Taipei?

It has become easier for women now to have both a career and a family, instead of having to compromise one in lieu of the other. I think working women in Taipei are now using their careers to discover the things they truly want in life.

What's something that Taiwanese women spend time/money on that women in New York do not?

Taiwanese women spend more time with their families (i.e. parents, grandparents, extended family, etc) than women in New York. This is partially because Taiwan is so small geographically. A large percentage of people live in the same cities as their families and tend to live at home until they get married or save up enough to buy a place of their own. They tend to see their families and spend time with them at least once a week, if not everyday.

What's the biggest difference between Taiwanese women and American women?

American women are more willing and able to express their opinions or to assert themselves in the workplace than Taiwanese women. I think there's still a stigma in Taiwanese culture toward women being too vocal or standing out too much professionally and privately.

Why did you move back to Taipei? What potential did you see in the city?

I moved back to Taipei because I wanted to bring the creativity gained from my experiences living abroad into my work here, where it would have maximum potential in a creative field. I see the city as a place that is going through a bit of soul-searching, trying to define itself both internally and on an international scale.

Taiwan went through a long period of confused identities - it went from a Dutch and Portuguese colony to a quiet and relatively sovereign state to being under Japanese occupation then to a tumultuous takeover by the KMT to the current republic it is now with tense relations to China. Taiwanese as a people are not quite sure what to make of themselves and I think in the past few years soft power and cultural relevance is emerging as the key to reclaiming Taiwanese identity, and therein lies the potential of the city.

The arts scene is diverse but also a little sleepy in the sense that it's very comfortable and easy to live in Taipei, so there's also less competition and a smaller audience. I think the music and entertainment industry is quite strong, Taipei has a vibrant underground music scene and Taiwan has produced some of Asia's biggest pop stars. Dance and theatre are also thriving, whereas the visual arts are going through a period of reinvention and perhaps redefinition of visual style.

Why do you think Taipei is a less popular travel destination in Asia?

I don't think Taipei is less popular than other destinations in Asia, it's just less known to Western travellers. As mentioned earlier, I believe Taipei will become a more popular destination when it is able to assert its identity as a cultural player in East Asia with qualities that extend beyond good food, for example (although the food really is amazing!)

Taipei is the Design Capital 2016, what does this mean for the city?

Being chosen as the Design Capital is a good start for Taipei, bringing awareness on an international stage. And I think the younger generation will be prompted to see their city differently and to explore the multi-faceted sides that Taipei has to offer. But there's also a question of going forward from there because this is only a year-long title and I hope it will translate into initiatives that look forward to the next 5, 10, 15 years.

Where would we find you on your day off?

On my day off I will most likely be found somewhere outside of Taipei, chilling on the beach or hiking or river tracing. The amazing thing about Taiwan is the bountiful nature it has to offer. Less than an hour's drive outside of Taipei is an entire lush, subtropical island that has some of the most amazing outdoor activities to offer. I think people living in Taipei often forget that we live on an island that was once called Ilha Formosa, literally "beautiful island", by the Portuguese. I hope both the Taiwanese and the travellers to Taiwan can be much more aware of the appreciation and preservation of our nature resources.

A Creative's Guide to Taipei

GAI Art and the surrounding neighbourhood

GAI Art is a small gallery located in one of the most charming neighbourhoods in Taipei. The Shida area is in close proximity to two of the best universities in Taipei and features old-time bookstores, cafés, and small shops tucked away in alleys next to well-preserved Japanese houses. The gallery exhibits works by young Taiwanese artists and is a good starting point to discover the neighbourhood.

Chuoyinshi Landmark is located in the heart of Xinyi district, one of the busiest commercial areas of Taipei. It is the second retail location of Taihu Brewing, a Taiwanese craft-beer brewery dedicated to bringing the best craft beer from around the world to Taiwan and Asia. The 15 custom-built taps serve an array of craft beers from some of the finest breweries in the world, as well as Taihu's own selection of locally brewed beer on tap. The outdoor standing bar is perfect for a cool beer to beat the heat of Taipei.

The Taipei Fine Art Museum (TFAM) always has various exhibitions going on and a permanent collection of Taiwanese art from the 20th century. It's good for an afternoon exploring what's new in the Taiwanese art scene and to gain some creative inspiration.

This beach is about an hour drive away from Taipei and can also be accessed via subway then bus. The long stretch of pristine white sands is perfect for a day trip to get away from the city and take in some of Taiwan's beautiful natural scenery.

This retro cafe is hidden down a quiet alley and has some great food and drinks. Good for a coffee in the afternoon or a drink at night, the tree-lined streets in the neighbourhood are charming and almost has a Parisian air to it. Ask the staff about Sense 30, an affiliated store nearby selling retro bicycle gear and other knick knacks.