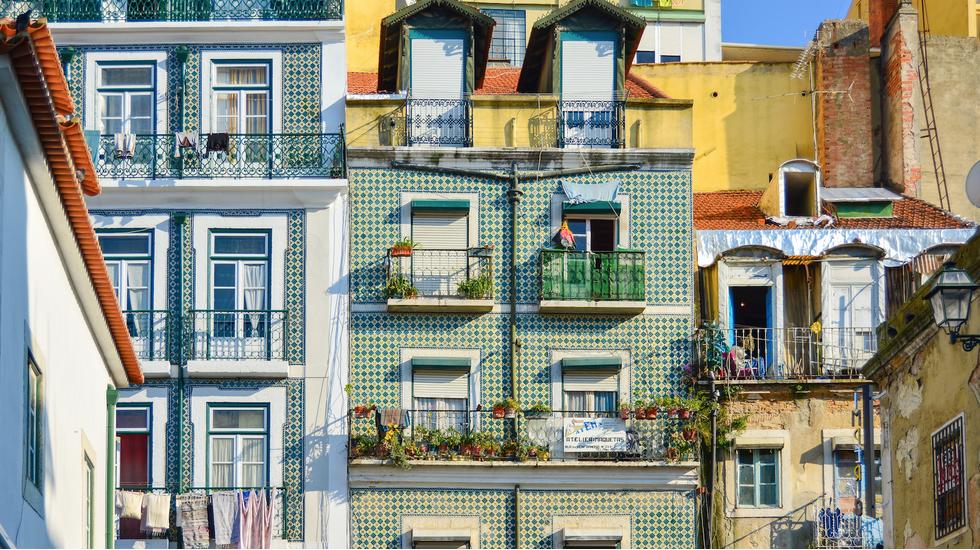 To To step foot in Mouraria for the first time is to experience a subtle but immediate shift; a heightening of perception. This once forgotten district is an oasis of local life, which has become a rarity in Lisbon's centre. Here, the labyrinthine streets are teeming with history, evolving for all to see.

For visitors, Mouraria offers the chance to see the Portuguese capital in its natural state; a blur of young Ronaldos weaving through elderly residents, orange trees and spiderweb laundry lines, soundtracked by the calls of neighbours from windowsills. This vibrancy means that, for many Lisboetas, Mouraria has become a microcosm for the struggle that a growing number of residents face - to save the beating heart of their city from rising rents, commodification and gentrification.

Sprawling across the foothills of the iconic Castelo de São Jorge, Mouraria has a rich history of community and solidarity, evident today in the form of associações (co-operatives) and a thriving independent arts scene. It first came into existence as a Moorish ghetto in 1147, after the first Portuguese king, Afonso Henriques, reclaimed the city and banished Muslims from inside the castle walls. It's been a settling place for immigrants ever since and is still one of Lisbon's most culturally diverse areas, with a wealth of shops and eateries offering the delights of Cape Verde, Mozambique, Bengal and China.

In its diversity, Mouraria offers the essence of Lisbon itself; historically a port town rich with traders and their worldly wares, that often feels more connected to Brazil and Northern Africa than it does to the rest of the European continent. Indeed, if anywhere can lay claim to being the home of "saudade" - the sense of melancholic longing intrinsic to Portuguese life and enshrined in their native music, fado (fate) - it is this district. Mouraria found fame at the turn of the 20th century, as the birthplace of fado music, thanks to resident Maria Severa. A revered prostitute, Maria brought fado to the aristocracy via a love affair and secured the music's place in history - as well as her own - before dying of tuberculosis at 26. Today, her home is a lively fado venue and several sculptures and murals adorn the streets in her memory.

In true saudade fashion, this newfound fame served to bring about the destruction of much of Mouraria during Portugal's dictatorship under Salazar, who sought to purge the city of much of its communal identity, to which fado was key. He tore down many historic buildings and the district remained impoverished and largely forgotten for the better part of the last century. As fortune would have it, this turn of ill fate allowed the neighbourhood to escape the gentrification that has altered, if not the face then, the soul of much of the city centre. Its reputation for crime and disrepair only began to lift a decade ago, when the authorities decided to restore several areas and commemorate the district's astonishing history. Unwittingly, they've had plenty of help from artists and activists; Mouraria has its fair share of the city's inventive street art and a thriving network of associações are ensuring that the community stays tight-knit, as well as providing some of the coolest places to eat, drink and socialise. While much of Lisbon is undergoing change, in Mouraria time seems to be in flux, layer upon layer of history unravelling around every corner, as local life continues defiantly unbridled. It's beautiful to behold.