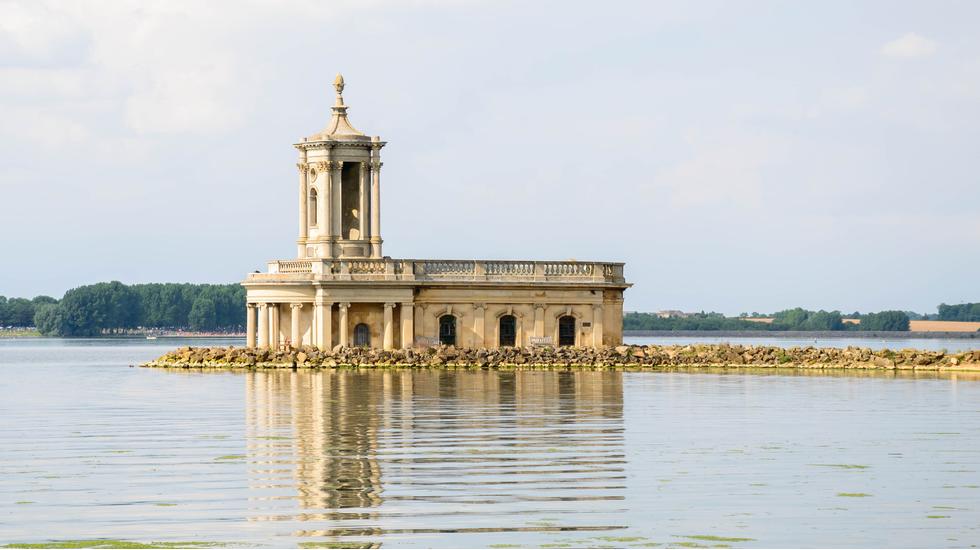 There's There's something alluring about the places that time forgot. As many people rush out of lockdown and to the UK's most popular destinations, we're eking out social distancing in abandoned villages, subterranean tunnels and castle ruins. In all their faded glory, these sites are guaranteed to whet the appetites of urban explorers and draw you to Britain's outermost reaches - you'll likely have to look out for more ghosts than people.

Forty miles from the next inhabited piece of land, this Unesco-protected archipelago is so remote it's often cut off maps of Britain. Catch a boat here from Harris or Oban and you'll gawp at cliffs that soar higher than the Empire State Building as northwest Europe's largest seabird colony flutters overhead. The Gaelic-speaking population of Hirta, its main island, had dwindled to 36 by 1930, when it was evacuated. Today, wander along "The Street" to lock eyes with the wild Soay sheep that roam between crumbling stone houses tufted with grass. For an abandoned village with easier access, try Tyneham in Dorset.

This two-storey Palladian bridge on the grounds of Churchill’s birthplace was designed as a “habitable viaduct” in 1708, before being flooded by the River Glyme 50 years later when Capability Brown did a touch of garden remodelling and created a 40-acre lake. In 2018 the lake was drained as part of a restoration project, revealing more than 30 rooms, including a ballroom and theatre, as well as graffiti dating from the 1760s.

For a city that's brimming with people, London is home to a surprising number of disused locations. On occasion, Transport for London hosts tours of long-forgotten underground nooks such as sealed-off Aldwych, deep-level bomb shelters between Clapham South and the "lost tunnels" of Euston, but they're a rare event and tickets are limited. Instead, visit the Victorian-era Crossness Pumping Station, a Romanesque-style cathedral to sewage. We promise it's not a load of old shit.

Photographers and history nerds, this is for you. Teetering on a rocky outcrop that juts into the North Sea, this ruined medieval fortress wouldn’t look out of place in Westeros – and it has a swashbuckling heritage to match; this is where the Scottish crown jewels were hidden from Cromwell’s invading army in the 17th century. You can go inside Dùn Fhoithear (“fort on the shelving slope”) today, though the best views are snatched from the nearby clifftop path.

Built in 1776 to guide ships entering from the River Dee and Mersey Estuary, the Grade II-listed Talacre Beach lighthouse (Wales’ oldest of its kind) has been abandoned since the late 19th century. Head here at low tide when receding waters reveal a footpath to the 18m storm-weathered structure – though be warned: visiting psychics have encountered the ghost of Raymond, a former lighthouse keeper who gazes out to sea.

This 18th-century church was almost washed away in the 70s when the council set about flooding the parish of Empingham to meet the demands of South East England's growing population. After public protests to save the church, its lower level was filled with rubble and a floor added that would sit 60cm above the new reservoir's surface. Today, visit when the reservoir is full and the church appears half sunk. It's not totally abandoned; there's a small museum inside. After pootling about, make tracks for Rutland Water's 40km cycling and hiking trail (you'll spot rare birds en route). There's a great watersports centre too.

In 2019, the Victorian Society ranked this Industrial Revolution-era colliery among the 10 most endangered buildings in England and Wales. Casting an eerie shadow over nearby Chell, it's one of Europe's most complete former deep mines. Coal production ceased here in 1977, after which a museum opened, though that too had to close, in part due to rising methane levels. The site is now totally abandoned, though a local group of supporters have stitched together some brilliant stories about the place and its people. You can view the site from outside, but do check online for Heritage Open Days - tickets sell out fast.

Offshore from the Isle of Grain, like a goliath at the mouth of the River Medway, this Grade II-listed Martello gun tower was built in the 1850s to protect against French naval threats. Public access is a grey area; it's privately owned, but disused at present. A connecting causeway appears at low tide, when anglers and urban explorers often venture across. Like this? Couple your visit with a trip to Whitstable, where you can catch a boat to the Maunsell Sea Forts that rise out of the Thames Estuary like something from an H. G. Wells novel.

Trace the road that runs along the River Avon and you’ll spot the entrance of this abandoned subterranean funicular tunnel built by entrepreneur George Newnes in 1893 as part of a plan to link his hilltop Clifton Spa with the port below. Its working days were short-lived; by the 1920s cars had made it redundant – that was until the Second World War, when locals took refuge from bombs in the tunnels and the BBC set up an emergency studio in its lower chamber. Since restoration work began in 2008, the site often opens for tours. Check online.

RAF Stenigot (later known as Allied Command Europe Highband) was part of a communication network that protected Britain from German and Soviet airstrikes during and after the Second World War. The site was decommissioned in the 80s and later dismantled all but for a few buildings, radar tower, memorial and four hulking, rusting satellites – three of which were controversially sold for scrap metal by the landowners in 2018. Lincolnshire locals were furious. Today, the third can still be accessed by a nearby public footpath.