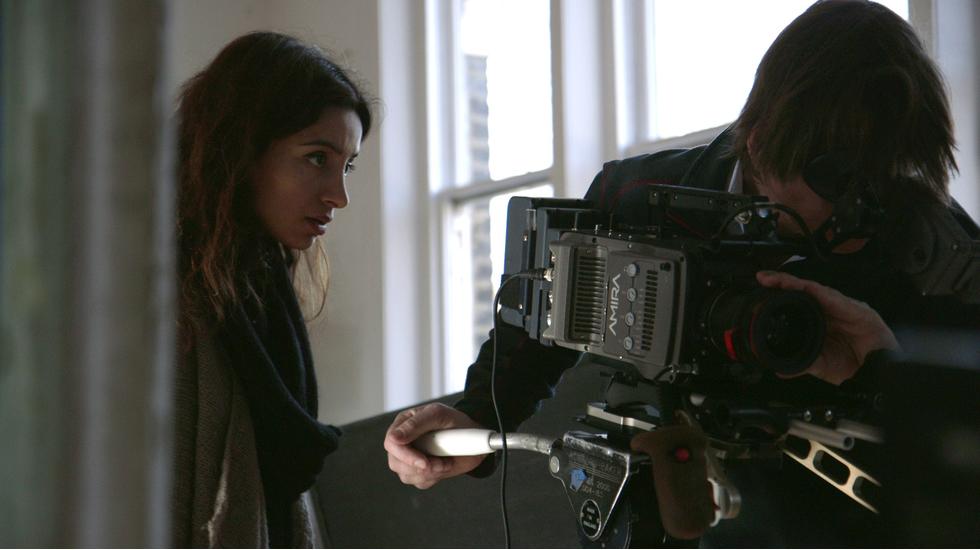 Using Using empathy as a kind of diagnostic tool, Khan's film projects tend to begin the same way; with "questions, a camera and a handful of phone numbers in tow". Her 2012 film, Banaz: A Love Story, chronicled the life and death of Banaz Mahmod, a young British-Kurdish woman murdered by her family in a so-called "honour killing". Her second film, Jihad, involved two years of interviews and filming with Islamic extremists, convicted terrorists and former jihadis.

Theorising about what drives extremism and debunking stereotypes, Deeyah (whose name means "light") believes in illuminating the multiplicities of identity and culture. The founder of Fuuse, a media and arts company that puts women, third-culture children and marginalised groups at the centre of their own stories, Deeyah also runs online magazine sister-hood, which features writing by women of Muslim heritage from across the world. In 2016, Deeyah became the first UNESCO Goodwill Ambassador for artistic freedom and creativity.

You were born to immigrant parents in Oslo. As a Muslim woman growing up in Norway, how would you summarise that experience?

There were a lot of contrasts between my indoor and outdoor worlds. At home we shared this marvellously rich South Asian culture with a heritage of art, poetry and music that we celebrated. In fact, my home life was almost like an ongoing creative salon, because my family had a lot of friends who were from Pakistan who were artists and political dissidents escaping the dictatorship of General Zia-ul-Haq's rule. At home there was a very lively intellectual and artistic atmosphere. Outside though, I faced a lot of casual racism as well as some feelings of exclusion from Norwegian society, which can be insular. But I'm proud to be Norwegian, most of all because I get to be part of a society that's been so active in supporting human rights worldwide. It took me a while to appreciate the beauty and potential of growing up between multiple cultures, rather than uncomfortable tensions between my parents' culture and the one I was brought up in. When I realised that I didn't have to choose between them, but that I could take what I liked and leave what I didn't from either culture, I felt hugely liberated.

My mother named me Deepika after one of her closest friends; I really appreciate that I was named for the power of friendship between women. I changed it to Deeyah partly because people struggled to pronounce it correctly. Deepika and Deeyah mean the same thing, "light". My name is a part of who I am, not the whole story. I chose Deeyah to bridge my South Asian and European identities: to give a name to the person that I have become through the interaction of these cultures.

You speak five languages - English, Norwegian, Urdu, Punjabi, and a bit of Pashto - which has proved the most useful in your career?

As we live in an anglophone world, English is the language I use most commonly in my work. It's the language that I write in, that I create my films with and that I use to communicate with most of the people I work with. It's the language I'm the most comfortable with due to spending almost all of my professional life speaking it. Even so, I don't think entirely in English - I also think in all of these other languages. They often have concepts and ideas and feelings that aren't really expressible in the same way in English. They remain a creative resource for me, even if I don't get the opportunity to speak them as often as I'd like, these languages still inform my feelings, my sense of identity, belonging and creativity.

Do you consider yourself primarily a documentary filmmaker or an activist?

For me these two categories are the same thing. Filmmaking is the method I use to express my activism. I've always been an artist and used art as a method to express social concerns. Art and activism are entwined for me. Even when I was young, the very act of being a Muslim woman and an artist was a gesture of activism.

Tell us about your approach to filmmaking...

One of the most powerful things about making a documentary is that it's a process of exploration. I set off with a question and a camera and a handful of phone numbers. I don't know what the answers are going to be. I don't know what other questions are going to come up as I talk to people. So it's always a journey and what you see on the screen is a reflection of my own thought processes as I work out my own feelings and ideas about a topic.

How has your experience of living between different cultures impacted your work?

What drives you in your work?

I am passionate about uncovering stories that we don't get to hear, especially those coming from people who don't get fair representation in the mainstream media. I seek the beating heart of a story; the emotional core of any issue, and want to confront violence in all its forms. I'm committed to diversity too. What drives me is an intense wish to explore how to truly and honestly get along with each other as fellow human beings.

You've had a past career as a singer, what propelled you into documentary making? It's quite a career shift…

It was my father's ambition for me to become a singer. He identified it as a way that a girl from an immigrant family could succeed in a racist society. I learned a lot of my experiences from that period, but it was never truly my own choice. It was after I abandoned my musical career, due to harassment from extremist Muslims who thought women singing was immoral, that I had a chance to stop and assess my life and my own dreams and hopes, and decide if singing was what I really wanted for myself. As counter-intuitive as it may sound, I don't find music and filmmaking to be too different - both in terms of creative process and in terms of the essence. Filmmaking and storytelling have a sense of musicality to them; how you tell a story or create a piece of music is not worlds apart. Listening is at the heart of it for me, and of course rhythm and timing and pauses and silence.

I set up online magazine, sister-hood, which features writing by women of Muslim heritage from across the world - in the Middle East, in Europe, in Asia, everywhere. It's not only for conservative or devout Muslim women - it's also for casual Muslims, cultural Muslims, ex-Muslims, all of them, together. I wanted to recognise that wherever you are now in your beliefs, we're united by experiences of growing up as women within Muslim communities and families. It's very important to me that people understand more about women of Muslim heritage than the stereotypes of submissive wife or scary terrorist. sister-hood does that - it shows how diverse and complicated women who share a Muslim heritage can be.

Which of your documentaries are you most proud of and why?

I'm very proud of my first documentary, Banaz: A Love Story, because it's the first film I made. I had no money and had no real idea of what I was doing, yet it ended up being enormously successful, winning me my first Emmy Award. It was dizzying how popular it became, but it was so important that Banaz's story was told and that the issue of "honour"-based violence was addressed. It was this experience that made me a documentary-film director - it was the starting point of my own journey.

Your latest documentary, White Right: Meeting the Enemy, focuses on the rise of nationalism in Trump's America. Do you always approach a project from an empathic position?

I certainly try to. It's not always easy when you have people in your face threatening you but I still try to understand what's driving those feelings. We're not going to get anywhere if we stop trying to understand them. We're not going to get people to re-evaluate their opinions by just telling them they are wrong, especially if we dehumanise them in the process. We need to go beyond challenging their beliefs, and also work out what it is about those beliefs that attract them. How does having racist beliefs contribute to the life of a person? Is it an excuse to blame personal failings on an exterior force? Is it the sense of being part of a group? Is it a way to feel connected to something greater than oneself? Working out if these kinds of social factors might provide clues to the kind of measures we need to build an inclusive society.

Which are your most frequented travel destinations?

I should probably list Heathrow Airport as my official address, I spend so much time there. Recently, I've been in and around America filming White Right and following up on the publicity from that. I'm also in Oslo fairly frequently.

Does travel inform your work?

I travel constantly - to film, to attend events, conferences and so on. I do feel like a citizen of the world in a way, picking up on different attitudes and opinions from all corners of the globe.

Where do you feel you have the greatest creative freedom as a director?

I've really only worked with ITV in the UK and they have always respected my creative freedom, which is why I will continue to work with them for a long time.

What's been your most memorable adventure?

It was a harrowing experience to go into neo-Nazi training camps. They were taking place a million miles from anywhere and I knew - and they knew - that I was completely vulnerable. All I had was assurances from some senior members of the group that I wouldn't be harmed and I didn't know what they were worth when I was surrounded by violent and armed men. It's not necessarily an experience I would want to repeat. Neither would I want to be tear-gassed again, as happened at the Charlottesville riots where I was filming with a neo-Nazi group.

What's next on the agenda?

I'm making another documentary - I can't talk about it now but I'm very busy working on it at the moment. Follow my company Fuuse on social media to keep updated.