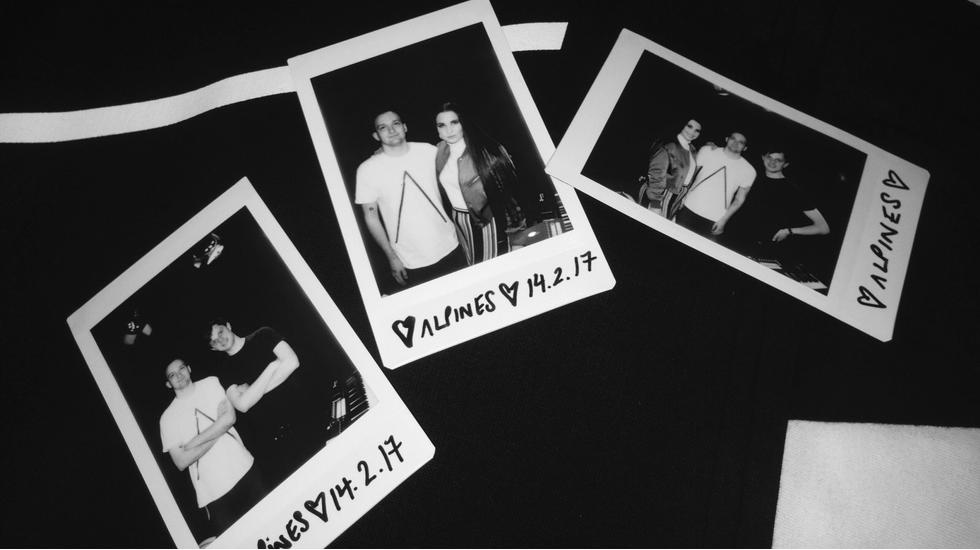 This This was the first time we have toured extensively around Europe and it was the most incredible experience. Over the years we have gained some very loyal and supportive fans who have waited a long time to see us perform, so it was uplifting to finally play for them. We had a lovely group on tour with us too; our keyboardist Lawrence and drummer Mike are good friends of ours and it makes it even more special travelling with people you love being around.

We adore exploring new places and in particular are drawn to the contrast of old and new architecture found in a lot of European cities. One of the photos in this collection shows a venue we played in Brussels called 'Botanique', which is neo-classical in style and was surrounded by an array of different buildings which created this amazing landscape.

While on tour we also visited independent record stores in each of the cities we were playing; we love how they can become a central part of the community and draw music lovers from far and wide. It's also a great way to make sure that you walk around the place you are in and kill time before and after sound checks.

Touring is very tough on the mind and body for lots of reasons, partly because of the miles you have to cover (in our case in a tour van) so we felt the imagery of the wide-open road was important to include in this series. The majority of the day is spent travelling so we wanted to capture that feeling of constant movement. As well as playing the shows and meeting the fans we had time to speak to press and visit some radio stations in each city, including the opportunity to speak to Berlin's Radio Eins about our album and show that night at Kantine am Berghain. Berlin had an amazing energy and that is one show we won't forget…