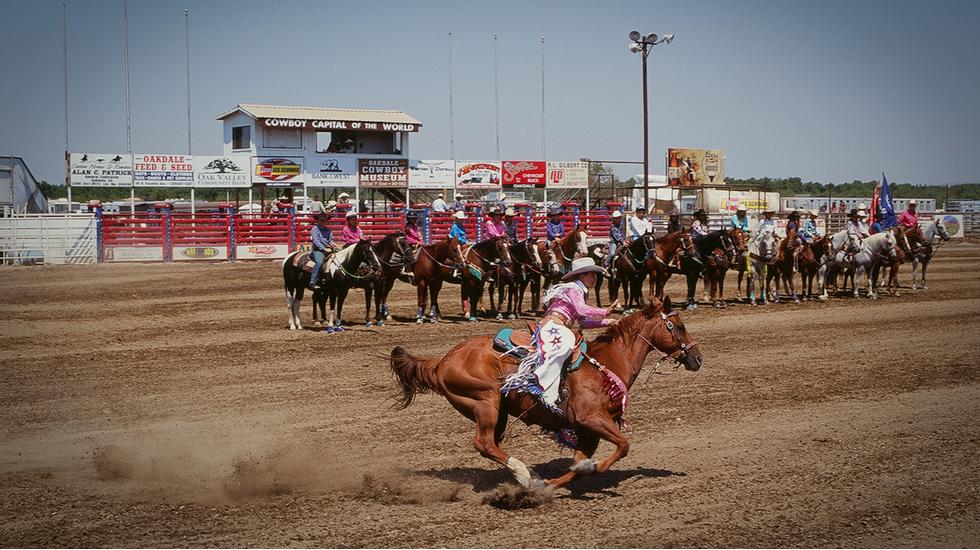 Last Last October I was on my way to Yosemite National Park for some alone time. About 100 miles east of San Francisco I reached Oakdale, where I drove past the rodeo grounds and decided to stop to check out some dates to come back.

It turned out that the Rodeo National State Championships were in full swing. I was struck by the clash between old and new. I had stumbled on a world I knew nothing about; my background and theirs are so different. It's an activity that's been around for a long time which the older generation want to preserve, but the kids are just like any other children, playing on their smartphones between heats.

At the same time, it was awesome to see these little children being complete badasses. A 12 year old charging fearlessly towards a bull; a 10 year old expertly lassoing a calf. It definitely beats sitting inside on a Sunday afternoon. I spent about eight hours shooting and felt very much like an outsider. You can tell from the photos it's a small, tight-knit community and this event was a big deal. On top of that, when I was confronted about shooting photos I found out they get a lot of flack from animal rights institutions. Some people were definitely wary of me walking around with a camera.

I had an absolute blast and would definitely recommend checking out a rodeo for yourself. Talk to people, find out their story. But maybe just don't bring a camera.