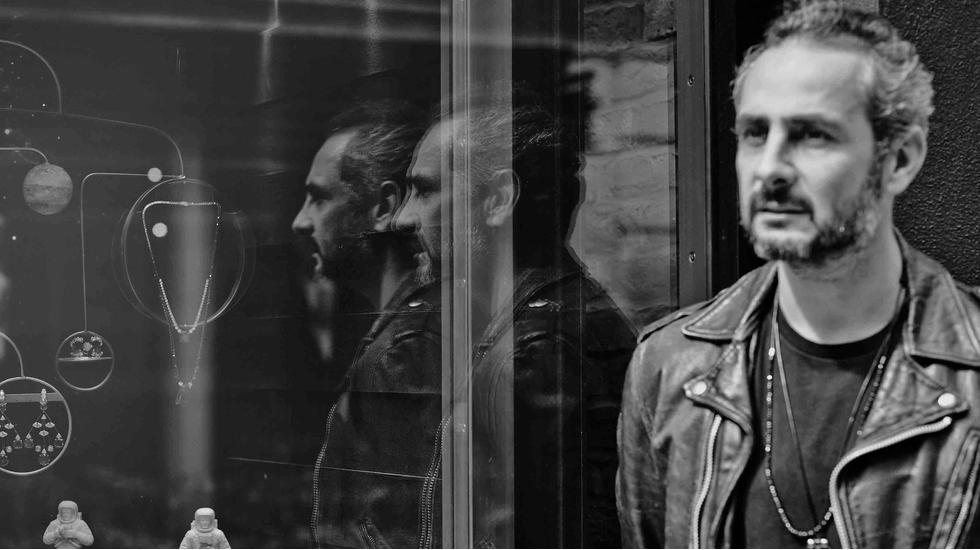 A A man on the cutting edge of contemporary gemmology, Ara Vartanian is a quiet force in the otherwise extrovert world of fine jewellery. The Brazilian-born designer, who counts Kate Moss, Penelope Cruz, Madonna and Blake Lively among his clients, is widely known for his experimental approach to design. Computing inverted diamonds and dramatic settings into wearable hardware, his signature hook earrings, three-finger rings and one-of-a-kind pieces have a quality that is undefinable; beguiling is a close estimation.

His designs always begin with the stone. "Over the years, I have wanted to use large stones and with that comes the immediate challenge of designing a piece of jewellery that is both comfortable and symmetric. My classic two- and three-finger rings came about purely because I needed the right infrastructure for the weight, size and practicality of those big stones."

Before starting his own jewellery house, Ara worked for his father, travelling around the world sourcing precious stones. Struck by the beauty of the stones from the back, he discovered that "when reversed they have a pointy, dangerous tip and are incredibly graphic in shape". It was this perspective on design that led to the creation of his inverted diamond pieces - now an Ara Vartanian signature.

A one-time trader on the NASDAQ in New York, the now Mayfair-based designer shares his insights on design, exploring his hometown and discusses his fervour for creation.

The best day to arrive into São Paulo is…

Definitely at the weekend - I would say Saturday. From a practical point of view, there's less traffic from the airport to the city so you have more time to enjoy São Paulo. The city is so alive at the weekends; you can enjoy the parks, the markets and the street culture. On Sundays, there is the antique furniture fair, Feira do Bixiga which we always go to.

Where can we try São Paulo's best food?

My good friend Alex Atala's place, DOM, is the best; he makes typical Brazilian dishes with his own touch. I love being surprised by ingredients sourced from all over the country, like pupunha palm heart and tucupi (a yellow sauce extracted from wild manioc root in the Amazon). Go for one of the tasting menus for the complete experience and start with a caipirinha - usually made with lemon, this one is mixed with a sweet, blueberry-shaped native fruit called jaboticaba.

Best place for a romantic dinner?

Fasano, which is inside the hotel, is very elegant. Mani, has great Brazilian dishes and a cool atmosphere.

What about after-work drinks?

Where do you go to relax?

I love going for a shiatsu massage at Luiza Sato. Shiatsu is an incredibly restorative Japanese practice and physical therapy that supports and strengthens the body's natural ability to heal and balance itself.

Which are you favourite shops in São Paulo?

The NK Store is a brilliant curation of global brands and Brazilian designers, I buy a lot for my wife there. For vinyl, which I have a collection of, the best place to source is Locomotiva Discos. For vintage clothes and furniture, I would recommend A La Garçonne.

You're known for your octopus and shark rings - does a lot of your inspiration come from Brazil's beaches?

Not as such. Generally, I am inspired by the objects and culture I surround myself with - such as handmade crafts from a pre-marketing era; the 40s, 50s and 60s in particular. I am hugely interested in the functionality of objects - I collect classic cars and motorbikes, so for me simple elements such as tube amplifier in old cars and the intricacies of how items are created are fascinating. Names for collections are often quite inconsequential - the "shark rings" are named as such because, their graphic "teeth" design looked like the open mouth of a shark. The octopus rings were in fact design to evenly distribute the weight of large precious stones used in cross-finger rings (as opposed to looking like an actual octopus). It's a similar story with my new cat rings, only afterwards did I think, from an angle they looked like a cat; the principle design and aesthetic came first.

Which are the Brazilian designers to watch?

Paula Raia launched her line in 2010 and creates the most beautifully modern dresses in organic fabrics. VOGUE Brazil adore her and I am always so interested to see what she will do each season.

Tell us about your work with the Wai Wai indigenous women

It is so refreshing to be able to work with the Wai Wai women, to collaborate and design in unison is a great privilege. Working with the indigenous tribe and to see the work beginning in the Amazon forest is, for a designer and maker, a real honour. The process is then finished in my studio, it's very much a 50/50 split in regards to ownership of design; it's a collaborative process. The initiative also directly funds the tribe, financially through a monthly percentage of sales but also in more personal and often useful ways, such as medical supplies and education.

How should we spend 24 hours in the city?

I'd start with breakfast at Café Futuro Refeitorio; it's located in quite an industrial building but the food is great. After that, visit The Fortes D'Aloia and Gabriel Gallery or the Museu de Arte de Sao Paulo - which was designed by architect Lina Bo Bardi. Next, break for lunch at a truly great steakhouse - I recommend the 348 Corrientes. After lunch, visit Luciana Brito Galeria which is located in a superb 1950s house designed by architect Rino Levi. As night falls, go for a drink at the Terraço Itália; it is one of the highest buildings in Sao Paulo and they mix a great whiskey sour too.

Where is your favourite place to wake up?

There is a village called São Francisco Xavier just outside the city that is so peaceful. You wake to the sound of nature, birds, and waterfalls; it's quite magical.

Where should we go to dance?

It's not something that I do, but São Paulo is a city that you can find almost everything you want. If I decide to go out, I'd go to JazzB, Orfeu or Drosophyla.

Where would you take your friends if they are visiting for the first time?

Your ideal Sunday would be spent…

I love walking and people watching, so generally, a very lazy morning is preferable. Perhaps breakfast at Café Girondino - one of the oldest bakeries in the city - followed by a stroll along Paulista Avenue watching all the local street artists and musicians.

Your condensed address book would include…

Parque do Ibirapuera, D.O.M. and Feira do Bexiga.

Places we can visit in the city that are as colourful as your collection?

Are there any day trips away from the city you would recommend?

I always go to the Praia Barra Do Sahy. Locals can often only get there at the weekends, so if you were visiting I'd recommend going during the week. It's a very tropical beach, flanked by lush greenery.

How should we spend the final day of our trip?

Pay a visit to Hugo Franca, an artist who creates "furniture sculptures" using discarded trees and wood from forests. Materials come from wood condemned by natural causes, such as inclement weather. I collaborated on a centrepiece for my Bruton Place boutique with Hugo; together, we travelled to Bahia to select the 1000-year-old wood for the tabletop and the table legs are carved from crystal which I developed personally. If time allows, swing by Casa do Porco for a pre-flight lunch.