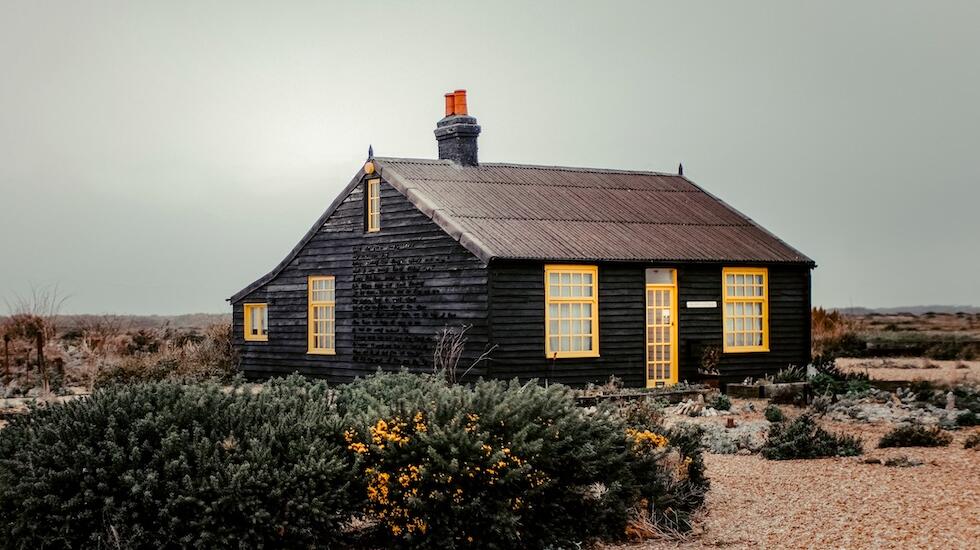 Artists' Artists' homes offer a unique insight into the lives lived and careers shaped within their walls. We've selected eight properties formerly owned and occupied by writers, painters and sculptors that you can wander through and feel free - encouraged, even - to snoop around.

Artist's residence: eight inspirational addresses to visit around the world

Salvador Dalí set up home in a small fisherman's hut in Portlligat in 1930. By 1932, he had turned it into a simple house fashioned out of two huts and a small annexe consisting of an entrance, dining room, living room, workshop and bedroom. Over the coming decades, additional huts were acquired and the structure reformulated. Today, the property remains largely as he left it, rammed full of surrealist artworks and cherished objets d'art. Visitors will note the inclusion of mirrored skylights - installed to allow Dalí to paint feet - and, outside, towers built in clay receptacles with holes in them so that the wind whistled through them. Every room has windows of various shapes and dimensions framing the bay, which was a permanent point of reference in Dalí's work.

Claude Monet's house and gardens in Giverny, a small village in Upper Normandy, was home to the artist for 43 years. A bright pink hue dominates the exterior walls, while a medley of greens, blues and yellows (chosen by Monet to align with his favoured palette) characterises the inside. Visiting the estate feels almost as though you are walking through a seminal Monet painting - the gardens, which Monet designed himself, conjure a particular likeness. Monet's garden consists of two parts: Clos Normand, a flower garden of fruit trees and long-stemmed hollyhocks, in front of the house, and a Japanese-style water garden, on the other side of the road.

Iconic self-portraitist Frida Kahlo lived her entire life (1907-1954) in La Casa Azul, a cobalt-blue house in the residential neighbourhood of Coyoacán. Built by the artist's father in 1904, La Casa Azul was transformed into a museum in 1958, when Kahlo's husband, muralist Diego Rivera, decided to open the house to the public as a tribute to her life and work. Today, the house remains almost exactly as it was when she died. Kahlo's art collection peppers the walls, art supplies are scattered throughout and portraits of her heroes, Lenin and Mao, hang over the bed.

Ernest Hemingway's former house in Cuba, Finca Vigía is situated in the shabby suburb of San Francisco de Paula. Now owned by the Cuban government - supposedly confiscated from Mary Hemingway following the death of her husband - all of the artist's personal possessions remain in the property. Built in 1886 by Catalan architect Miguel Pascual y Baguer, Finca Vigía was sold to Hemingway around 1940. It is here that the American novelist wrote most of For Whom the Bell Tolls and The Old Man and the Sea.

Barbara Hepworth, one of Britain's most important 20th-century artists, came to St Ives in 1939 with her then husband, fellow artist Ben Nicholson. Ten years later, she returned to her "spiritual home", this time without Nicholson, and remained in St Ives until the end of her life, living and working at Trewyn Studio until her death in 1975. "Finding Trewyn Studio was a sort of magic," wrote Hepworth. "Here was a studio, a yard and garden where I could work in open air and space." The site is now managed by Tate, with the gardens laid out as the artist designed them, punctuated by her large-scale bronze works. On display alongside Hepworth's sculptures are paintings, drawings and archive material.

In 1945, Jackson Pollock and fellow artist Lee Krasner married. With a loan from self-described "art addict" Peggy Guggenheim, the pair purchased a small house in The Springs, near East Hampton. Soon after arriving, the newly married artists both had major breakthroughs. It is here, in a converted storage barn, that Pollock created his revolutionary drip paintings - evidenced in the wooden floor, which is liberally splattered with paint. Today, the couple's home is preserved with all their furnishings and personal possessions, including their record collection.

Matisse spent 37 years of his life in the south of France, circulating in and around Nice, primarily. Known predominantly as a painter, though also a skilled printmaker and sculptor, his mastery of colour won him recognition as a leading figure in modern art. The Matisse Museum, in Le Cateau-Cambrésis, offers a mouth-watering taste of the artist's life and works, from the 1890-painted Nature morte aux livres to his famed gouache cut-outs. Another Matisse-related pit stop to make while in the area is the Rosary Chapel in Saint Paul de Vence - a spiritual space Matisse created for his dedicated nurse, Monique Bourgeois.

The former home of the late filmmaker, set designer, activist and gardener Derek Jarman, Prospect Cottage in Dungeness, Kent, is a truly creative space. Saved from closure following a successful Art Fund campaign in 2020 and open to the public, the sunshine-yellow framed door and windows offer a warm welcome to visitors. Perched on a shingle beach, the property was originally a Victorian fisherman's hut, which Jarman reworked during his years here. Step inside and gain insight into his life and work, peeping at poetry etched into panes of glass and checking out his treasured gardening tools - there's even a painting by film director Gus Van Sant on display.

This article was updated 6 September 2022.