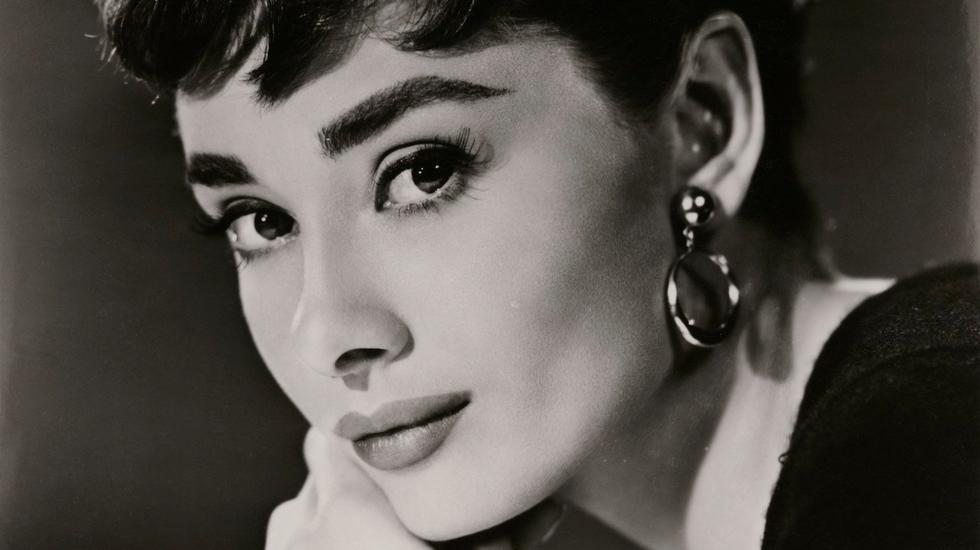 There's There's something sentimental about old ballet slippers. Their warm, shiny shade of pale pink faded to a muted shade of cream, their heels pockmarked with needle-sized holes from endless ribbon replacements. They are a happy relic of pliés, pirouettes and petites jetés.

It's a sentimentality appreciated by the National Portrait Gallery in its new exhibition, Audrey Hepburn: Portraits of an Icon in which a pair of Hepburn's ballet slippers feature alongside more than 70 images of the actress. Positioned next to a previously unseen photograph of a teenage Hepburn mid ballet-rehearsal, they are a striking physical reminder of Hepburn's humble origins as a ballerina in war-torn Holland before she moved to London in 1948 to continue her training.

Perhaps more than any other star of the 20th century, such a reminder is necessary for Hepburn; read through the list of contributors to the exhibition and it's easy to mistake it for a 'who's who' of modern photography. Classic and rarely seen prints from Richard Avedon, Cecil Beaton and Irving Penn sit alongside candid stills from screen tests and vintage magazine covers are juxtaposed with previously unseen childhood photos, all documenting the life of a woman whose son recalls her inability to comprehend "why people see me as beautiful".

More importantly, however, they also document the creation of a fashion icon. In early photos shot by Erwin Blumenfeld and Angus McBean, as well as her first photoshoot for Vogue with Irving Penn, Hepburn is awkwardly candid, her startling eyes ostensibly intimidated by the camera. Audrey Hepburn the muse, the icon most familiar to us now only appears in photos after 1953, when Roman Holiday catapulted her into the limelight.

In these images, we see Hepburn pout, pose and play, newly comfortable with the intimacy of the camera. Dressed in a chic black turtleneck in Yousuf Karsh's famous portrait, her hair in a simple ponytail and just a flick of eyeliner visible above her long lashes, she demurely tilts her head to one side. Most others, including Bud Fraker's headshot for Sabrina, see her gaze straight into the eye of the camera, sometimes with a pout that suggests a familiarity with its scrutiny, although more often than not it's with the coy smile immortalised by the promotional photos of Holly Golightly, cigarette holder in hand, for Breakfast at Tiffany's.

Mention the latter and Sabrina and, of course it is impossible to talk about Hepburn's status as a fashion icon without mentioning her famous friendship with couturier Hubert de Givenchy. The pair met on the set of Sabrina and began a lifelong partnership with Givenchy creating outfits for Funny Face, How To Steal a Million and Breakfast at Tiffany's. A costume test shot portrays the making of one of the most famous looks, and shows Hepburn sitting casually on a cocktail stool with 'Cat' in her lap, dressed in Holly Golightly's iconic wide-brimmed hat and little black dress. Twenty-three years later, she is photographed in Givenchy again, this time in an embrace with the designer, smiling, as she shows off one of his couture creations.

This is the fashion icon that we know and revere, dressed immaculately, smiling and welcomingly her audience. It's an image of a woman who, as her son Luca Dotti recalls, "didn't live a life secluded or behind bars" and indeed one of the final images shows Hepburn on set, clad in another of her trademarks, a little black dress. Her arms stretched above her in a childish pose, she smiles in the middle of a camera set, refusing to take her iconic status too seriously, or even acknowledge it.