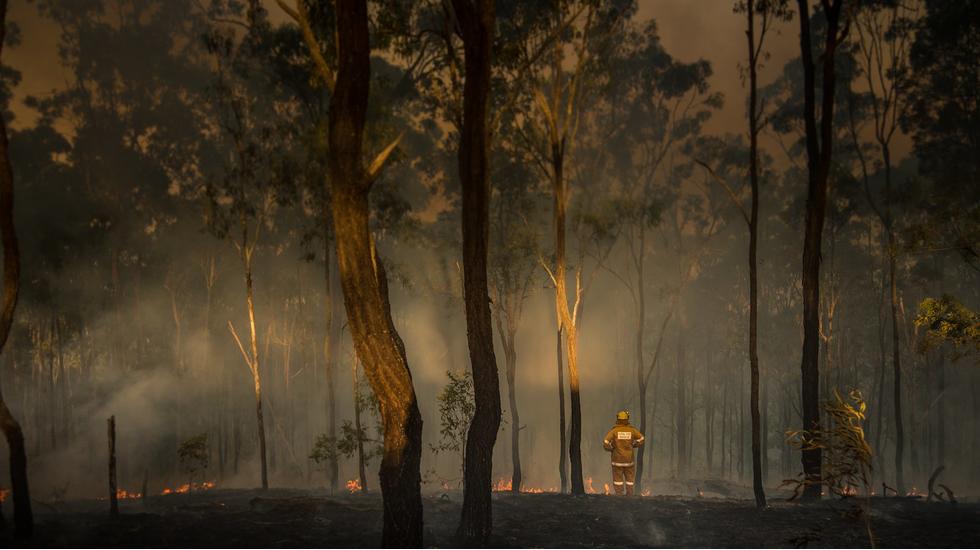 How can you help tackle the devastation caused by the Australian bushfires? Support victims and contribute to the relief effort from anywhere in the world with these six simple actions.

When When the first lick of flames started to ripple through a drought-dry Queensland in September, few anticipated the scale of devastation they would cause. Months later, the economic damage of the bushfires - which have (at time of writing) claimed more than 15 million acres of land, 24 lives and an estimated half billion native animals - is expected to exceed $4.4bn, more than the cost of the infamous Black Saturday fires of 2009, previously recognised as the most devastating in Australian history.

"I don't want your hope," declared an impassioned Greta Thunberg at the 2019 World Economic Forum in Davos. "I want you to behave like our house is on fire." Now, her words ring truer than ever. While budding activists on the ground in Australia continue to lobby MPs - many of them marching on the country's main cities later this week - we've drawn together a list of ways you can make a difference, no matter where you are in the world.

1. Help firefighters and their families

Few could remain unmoved by the heart-wrenching image of 19-month-old Charlotte O'Dwyer tumbling about in her father, Andrew O'Dwyer's helmet amid the sobriety of his funeral in Sydney. While various companies have offered subsidised phone, gas and electricity bills to help alleviate loss of earnings to the thousands of firefighters, communications personnel and aviation crew called upon as emergency volunteers, the real impact of the fires is unquantifiable as of yet. Make a contribution to one of the brigades in New South Wales or to the families of those firefighters killed on duty by visiting this website, where you'll also find a live infographic tracking the fire's movements, or visit CFA Victoria's site to donate to its relief fund.

2. Contribute to relief funds for those on the ground

Help those whose lives have been upturned by the fires. The charity with the most universal objectives is The Salvation Army which is not only providing physical resources (housing, financial assistance) but emotional support, too. Red Cross Australia has also set up 69 evacuation centres and recovery hubs to help affected communities recover. Struggling to stump up spare change? Through the charity GIVIT, you can donate bags of clothes or other non-perishables to Australians who have lost their homes in the fires. The process is simple. Browse the list of "items needed", bundle together your resources accordingly and send them on to a distribution centre. You'll have to cover postage and packaging yourself, but you can rest assured that 100 per cent of your contribution will reach those in need.

3. Give to wildlife charities

4. Schedule a trip (for later in the year)

The fire's legacy will continue to ravage the country long after the last embers have been extinguished, and Australia's tourism industry (which brought $44.6 billion worth of revenue last year) will be left with inevitable scars. It might not sound like the most appealing prospect, and air travel bears its own ethical questions of course, but if there were ever a time to shirk the guilt of flying long-haul, it's now. Vote with your wallet by booking flights to Sydney to explore New South Wales, a region which typically draws upwards of four million tourists per year, but has suffered the most. Visit in September or October when the climate is more temperate and recovery plans should be in full flow.

The volatile nature of the ongoing disaster means relief tactics are ever-changing, so make sure you keep an eye on developments to understand where your generosity is best placed, and remain wary of sensationalist claims proliferating on social media.

6. Eat out in London

In response to the crisis, a panoply of London's most discerning restaurants have decided to donate a portion of their profits towards bushfire relief funds. On 26 January, Lily Vanilli, the capital's favourite cake purveyor, is holding a "SUPER" charity bake sale, while Ham in West Hampstead is serving a specially designed, Aussie-inspired, three-course menu to raise funds. Other hotspots like Padella, Pacific and Spring at Somerset House are tacking on a supplementary optional donation to their bills for the foreseeable future. To read a full list of restaurants contributing to relief efforts, click here. Our trusted sources? For a quick visual overview of the havoc wreaked, try Geoscience Australia and follow Australia's regional ABC outlets to monitor the ongoing disaster as it unfolds.