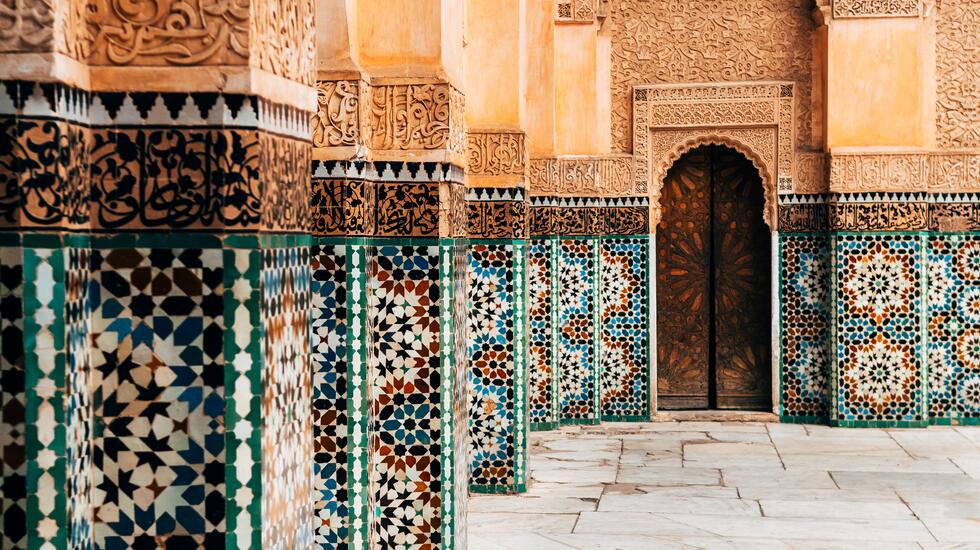 From From edifices of epic proportions to eco-friendly additions changing neighbourhoods for the better, well-designed buildings characterise cities for decades, or even centuries. We've picked 10 destinations that have defied logic, driven change or just achieved long-lasting beauty through their crowd-pleasing infrastructure.

Obsessed with ancient Greece? Athens' Acropolis was built in the fifth century BC, so it's no surprise that architectural enthusiasts descend upon one of the world's oldest cities year-round to admire one of the best surviving examples of ancient architecture. The Parthenon, dominating the hill of the Acropolis, is a logical place to begin your pilgrimage. While you're in the area, pay a visit to the Acropolis Museum.

The city itself is, in effect, a living case study of myriad architectural schools and styles. Greco-Roman? Check. Neoclassical? Check. Modern? Check. If you're more intrigued by contemporary design, set aside a morning to visit the Stavros Niarchos Foundation Cultural Centre (SNFCC), an impressive structure highlighting Athens' new groove through art, music and sport, with not a Doric column in sight.

It would take months and months to sift through all the geotags associated with Marrakech, a visually impactful and undeniably photogenic city. Composed of striking, contrasting buildings presented predominately in russet hues, the Red City is a mecca for design lovers. Ornamental detailing dominates interiors - colourful mosaic floors and walls, impressive stucco and elaborate fountains abound at palatial riads the city over.

Drop by Jardin Majorelle to lap up Moorish shapes and verdant gardens, before heading next door to the Yves Saint Laurent Museum, designed by the French architecture firm Studio KO. Meanwhile, El Badi Palace, which stands largely in ruins, is a nod to bygone days, with its eroding structure offering hints of its past splendour. Before departing, cast your eyes up to the palace's high walls, where regal-looking storks have engineered elaborate nests.

Frank Lloyd Wright, Jeanne Gang, Frank Gehry: some of the most famous architects of the last century have contributed to Chicago's skyline. Quick history lesson: the Chicago School group of architects' steel-framed constructions paved the way for the world's first skyscrapers, making it one of the most influential schools of the 20th century.

Something of an architectural trendsetter, Chicago's bold structures have long defined its public face. Frank Gehry's Jay Pritzker Pavilion in Millennium Park and the Renzo Piano-designed glass-and-light-filled addition to the Art Institute of Chicago are just two examples of the city's prowess.

The broad boulevards, cuboid brutalist builds and well-planned gridded streets of Chandigarh, in north-west India, are the result of both post-colonial politics and the architectural vision of Le Corbusier. This is India's first planned city. Following partition in 1947, Prime Minister Jawaharlal Nehru entrusted Swiss-French architect Le Corbusier with designing an organised, progressive settlement that broke from past traditions.

The result: a 6,070-hectare complex, referred to as a "planned super-grid", encompassing government buildings, housing, parks and recreation facilities. Corbusier's vision included exposed stonework and characterful sculpture, and has since become a Unesco World Heritage site. With plenty of open spaces, Chandigarh remains one of the country's greenest cities.

An in-vogue luxury tourist destination during the 1920s and 1930s, Miami's South Beach still oozes with a certain elegance. In an effort to bring well-heeled northerners to the Magic City, architects of the day maximised on art deco's symmetrical and geometrical patterns to create low-rise, pastel-coloured buildings with curved corners - et voilà!

Miami Beach's Historic District claims the largest collection of art deco architecture in the world, but there are many other decorative styles that stand out here. Highlights among these include the lavish Vizcaya Museum and Gardens, the Faena Forum in Mid-Beach and the Moore Building in the Design District, which harbours Zaha Hadid's futuristic Elastika installation over four storeys.

A roll call of notable names, including Mies van der Rohe, Jean Nouvel and, of course, Antoni Gaudí, have contributed to the creation and development of Barcelona's cityscape. Three building booms, centuries apart, are responsible for a diverse array of riches. Spend a weekend wandering between gothic cathedrals (constructed in the Middle Ages), modernist buildings and Gaudí's many creations peppered across town. His unfinished masterpiece, La Sagrada Familia, and Nouvel's bullet-shaped skyscraper, Torre Agbar, are just two examples of Barcelona's not-to-be-missed architecture.

Positioned at the terminus of the Silk Road, Istanbul has been a hub of trade, power and culture for millennia. Straddling two continents, the city is home to a kaleidoscope of styles. From Byzantine to Ottoman, the influences are apparent across the city's many monuments, palaces and towers. Our favourite sites are the domed Byzantine mosques, complete with intricate mosaic work.

The superlative sixth-century Hagia Sophia, the 17th-century Blue Mosque and the exceptional Topkapi Palace all vie for the crown of city's greatest landmark. For a modern take on palatial structures, pay a visit to the Sancaklar Mosque built by Emre Arolat Architecture. The undecorated, cave-like space offers an unconventional design in contrast to the heaven-hugging mosques of the city centre.

It's not for everyone, but the architectural prowess of this sand-brushed city is impossible to ignore. Home to the 830m-high Burj Khalifa, Dubai is a destination whose architectural style can be summed up as "out to impress". While the swelled sail of the Burj Al Arab hotel is arguably the most famous silhouette on the city's skyline, exciting new constructions seem to permanently be springing up everywhere you look. Since 2016, a swarm of major architecture firms, including Zaha Hadid Architects, Santiago Calatrava and Foster + Partners, have all set up offices here. Constructed at pace, everything from underwater hotels to rotating buildings are appearing. Notable designs include the man-made Palm Jumeirah islands, which can be seen from space, and the Dubai Frame.

Cutting-edge architects have created an ultra-modern cityscape in Singapore, whose skyline is instantly recognisable. The city-state (which is among the smallest countries in the world) has always found innovative solutions to space limitations and population size. In contrast to the city's dense urban environment, the Gardens by the Bay park was created as part of a governmental plan to transform Singapore into a "city in a garden". What's more, its steel-framed "supertrees" generate solar power and harvest rainwater, thereby boosting Singapore's status as a green city.

Other design firms to have taken inspiration from nature include architect Moshe Safdie, who created the lotus-inspired ArtScience complex in Singapore's central area. Composed in a manner that provides (sustainable) light inside the gallery space, the building's curved shape means that rainwater can be harvested at its base, where it is collected in a pond.

Home to renowned architects Bjarke Ingels, Finn Juhl, Arne Jacobsen and Jørn Utzon, Danish architecture and urban planning are perennial draws to Copenhagen. During the late 1990s, architect Zaha Hadid designed the new extension of the Ordrupgaard museum, an impressive black lava concrete-coated structure. The lines between building and landscape blur, with its glass panels changing hue according to the weather.

In recent years, the Scandinavian city has rejuvenated its waterfront and breathed new life into less popular districts. Along the transformed harbourfront is the Royal Danish Playhouse and Henning Larsen's Copenhagen Opera House - considered one of the most modern such buildings in the world. A little further afield, you'll find Jean Nouvel's blue cube of a concert hall, DR Koncerthuset.