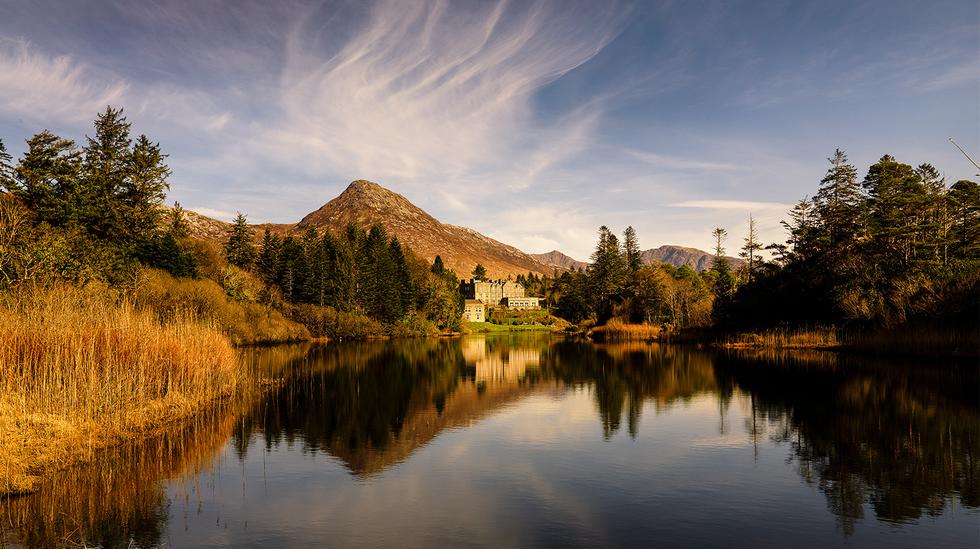 Offering Offering a change in pace to deckchair-dominated holidays, learning getaways are our new favourite way to explore the world. While vacation tutelage may sound more like a gap-year seminar than a relaxing break, these carefully curated experiences help you to delve deeper into both local culture and yourself, upping your productivity while you're away and when you're back on home turf again. From flower arranging to emotional development, we've cherry-picked six of the best global learning experiences out there.

Learning Retreats with Lens and Larder

Folklore, film and fodder align in Lens and Larder workshops, conceived by American expat cookbook author Imen McDonnell and former chef Clíodhna Prendergast and led by world-class photographers, stylists and writers. Predominantly based in Ireland, the retreats are hosted in a range of locations from castles to farmsteads and boutique hotels. Costs are approximated at €2550 per person, including three nights luxury accommodation, meals and tutorials. Upcoming courses include a photography weekend with photographer Bill Phelps at Ballynahinch Castle, (about an hour’s drive northwest of Galway) and later this year Literature + Larder with authors Diana Henry and Elissa Altman. The latter will be hosted at Glin Castle – home to landscape architect Catherine Fitzgerald and her husband, actor Dominic West (The Affair). Focusing on the art of food writing, you'll be encouraged to explore a range of writing outlets including recipe development, food publishing and cookbook editorial, as well as growing your own platform as a professional food writer.

In “ikebana”  – the Japanese art of flower arranging or the “way of flowers” – you're taught to listen to the voice of the flower and consider it not as an object but as a living thing. Transcending the role of a traditional florist, Azuma Makoto embraces the practice of ikebana while circumventing elements of the tradition. A pioneer in his field, Azuma founded his floral atelier, Jardins des Fleurs, in 2002 with photographer Shunsuke Shiinoki. Creating conceptually radical botanical sculptures, his frozen florals embalmed in massive blocks of ice for Dries Van Noten’s SS15 show made international headlines. Take a basic course in floral arrangement with bespoke lessons, in which flowers and styles are chosen according your likes. Hosted in Makato’s subterranean studio space in Tokyo, a basic course lasts one hour and costs £215.

Learn to Knit in the Faroe Islands

Learn to knit a traditional Faroese sweater with nimble-fingered textile designer Katrina i Geil. The week-long course in Torshavn gives you the opportunity to explore the history, culture and beauty of the islands while hearing stories of local women who traversed mountains while simultaneously knitting sweaters for their fishermen husbands. Try your hand at modern adaptations of traditional Faroese designs, as well as classic patterns such as the gásareydað or “goose eye” and the kettunøsin, which looks much like a fox head. Visit in April to catch the Faroe Islands’ knitting festival.

Enrol in Emotional Intelligence 101 at The School of Life Conference

The School of Life Conference in San Francisco is a three-day event taking place in March, designed to equip participants with "a toolkit of emotional skills." Claiming to "revolutionise relationships, careers and self-understanding," San Fran's symbiotic association with the conference's core attributes - optimism and energy about the future - seem to match up. Interactive lectures and psychological exercises are led by The School of Life founder Alain de Botton and talks are peppered with video excerpts and group work to keep you engaged and mentally active. Topics covered include emotional education, relationships, work and culture.

Learn to Barbecue with Francis Mallmann

On La Isla, a secluded island in Patagonia, you'll find the world's best barbecue school. Owned by renowned South American chef Francis Mallmann, this charcoal connoisseur has barbecued for the likes of David Beckham and the King of Spain, to name but a few. With seven restaurants across the continent including Garzón in Uruguay, Mallmann’s reputation precedes him. His prowess is enough to diffuse the laboured journey to the private retreat of La Isla, which includes a flight from Buenos Aires to the port town of Comodoro Rivadavia, followed by a five-hour dirt-road drive and an hour-long boat ride. Recent attendees include Cuba Tornado Scott (director Ridley Scott's granddaughter) and her mother Rhea. Private cooking lessons with Mallmann at La Isla, Patagonia, cost about £34,000 (four people for five nights), making this one to save up for.

Cook and create at Villa Lena

Villa Lena offers a countryside holiday retreat combining creativity with culture. Located in the province of Pisa, the estate is set among 500 hectares of woodland, vineyards, olive groves and vegetable gardens. Creativity and collaboration underscore life at the villa, with a programme of events ranging from artist talks to al-fresco film screenings, cooking workshops and candlelit concerts. Days can be spent exploring the woodlands, learning to make fresh pasta and foraging for truffles. Each evening guests and artists gather in the terrace restaurant for a communal dining experience based on a seasonal organic menu that is rooted in Italian cuisine and prepared by a guest chef.