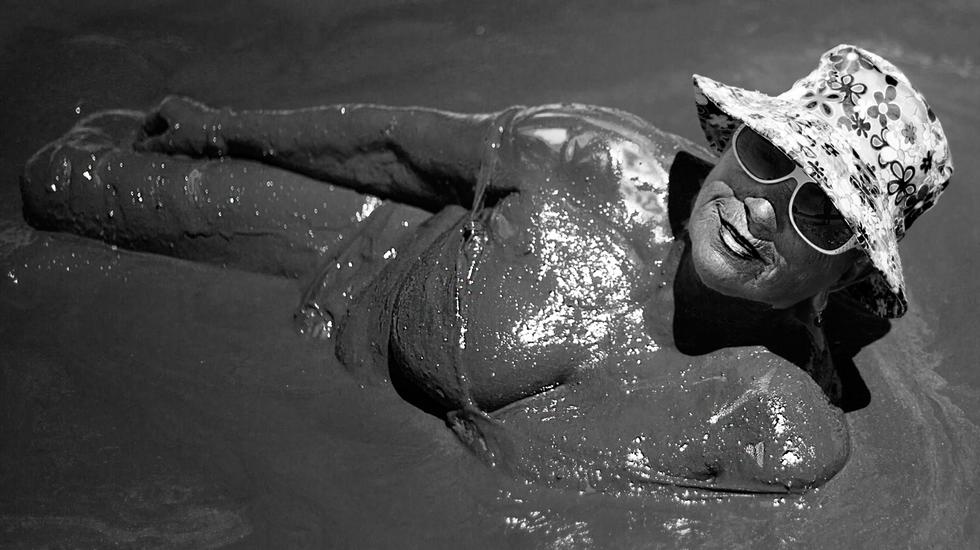 From From the Middle Ages until the early 20th century, the town of Turda in Transylvania was famous for its salt-mining industry. By 1932 the mines had fallen out of use and were closed, but in 2009 they were renovated thanks to financial aid from the European Union. Today the largest mine Salina Turda functions as a 120m-deep museum and attracts thousands of visitors every year.

I visited Romania in July to work with the Ratiu Foundation, a not-for-profit organisation which supports education and research into the culture and history of Romania and the Romanian people. I was based in Turda and Cluj-Napoca where I helped at an anti-sex trafficking consortium, and I spent 80 per cent of my time with sex workers on the highways. Visiting the salt flats was a moment of peace from what was a very demanding project. I stumbled upon them one day after a local said: "You want to see the real Romania? Follow me..."

On the perimeter of Turda town there are water-filled salt quarries between areas of dense forest, and pools of thick, salty mud that are dimpled with footprints. This is where the elderly locals come to bathe.

Andrei, a 30-year-old former truck driver, stands beside me as he overlooks the salt flats and says: "It's a free space for Romanians, Romas, whoever. We are all covered in black clay and we are all here to heal." The clay has extraordinary qualities and can ease the effects of degenerative rheumatic conditions. In this community clay treatments are performed ceremoniously, particularly in preparation for the bitterly cold winter months.

The fall of Ceaușescu's regime and the consequent end of Communism in Romania is spoken of as a victory. Nikalae, an 80-year-old Turda resident, stands before me as his son applies scorching-hot black clay to his arms and back. He is one of many locals standing uninhibited, bare-chested and beaming in the 38-degree heat. He turns to me, his gold teeth glinting in the sun, and says resolutely: "Ceaușescu removed the bars and the theatres. He removed our community. Then all of a sudden we were free. We didn't know what to do, so we went to the salt flats."