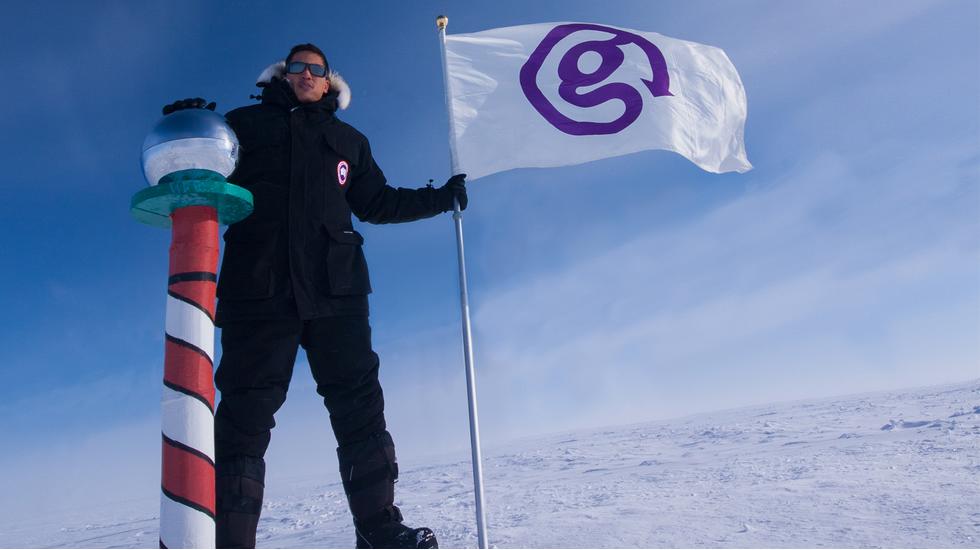 Keeping Keeping up with G Adventures is no easy task. The world's leading adventure travel company turned 25 last year and celebrated by launching a partnership with National Geographic that consists of 70 travel experiences spread across 50 countries and six continents. At the same time G made a commitment to establish 50 new community development projects by the time the company turns 30 and just last month, they launched three new initiatives to help disadvantaged and marginalised women in Australia, Morocco and Belize.

G Adventures' Founder Bruce Poon Tip also happens to be a bestselling author. His first release Looptail (complete with a foreword written by the Dalai Lama) detailed the process of creating a sustainable travel brand. "Quite often we have business problems that we want to find a social solution for," says Bruce Poon Tip of G's model. For example, searching for a cost-effective and reliable airport transfer service in India lead to the Women on Wheels programme, which offers 18 months of chauffeur training to unemployed women, so that they can hold down jobs as drivers in the travel industry. The initiative has been so successful that it is now being implemented in parts of Africa too.

This week sees the launch of Bruce's second book called Do Big Small Things, an adult activity journal that asks readers to make a vibrant and personal record of their travels with a series of 'fill-in-the-blank' lists. While the recent trend for colouring books asks users to switch off, Bruce asks travellers to consciously reconnect and re-examine the role that that travel plays in their lives.

Voluntourism has had its run

The idea of voluntourism has taken a lot of heat because it's hard to merchandise volunteering. I think people want to give back while travelling but no one has been able to do it well. More and more people are conscious consumers. They don't necessarily want to pay more - we don't have the evidence to say that they will pay a premium - but if they have the choice, all things equal, they'll take a more sustainable or purpose-driven product.

The rise of cyber backpackers

Air travel has become so cheap that many people are just packing their bags and heading out. Back in the sixties people would grab a guidebook and go and they were called backpackers. We're now seeing cyber backpackers who plan their trips online beforehand but are still quite independent.

The desire to disconnect

Lately I've been looking to travel to places that are remote. For me that's the Galapagos, Antarctica and Mongolia. I wasn't like that 10 years ago - I wanted to travel to towns like Hanoi or Cusco and the markets of Marrakech. I'm not nearly as attracted to that anymore. I love being disconnected and extremely remote. That comes with age I think.

I think Colombia is emerging after having suffered negative press because of violence and drug cartels in very isolated instances. If you ever go you'll realise how safe It's so safe and religious and beautiful the country is!

I think Ebola unfairly damaged travel throughout southern and eastern Africa. I think we'll see a return to Kenya and Tanzania for traditional safaris this year.

It was so expensive to travel to Australia about five years ago, their currency went through the roof. I think people will return as there's a pent-up demand of people who didn't travel there while prices were high.

Music - creating a soundtrack for travel is always very important to me. Recently I've been listening to The Beach Boys and Bjork. I went to Iceland recently and downloaded all of her lesser-known albums.

I'm also in fear of having dental problems in foreign countries so I always carry a full prescription of antibiotics and penicillin. I've been caught out a couple of times, once in Tibet and I went to the local dentist who had a foot pump drill...

Melatonin, which is a natural cure for jet lag.

A bunch of travel apps - Babel for translation (take photos of road signs and the app will translate them into English for you), Travelex currency converter, Shazam for music and Apple pay.