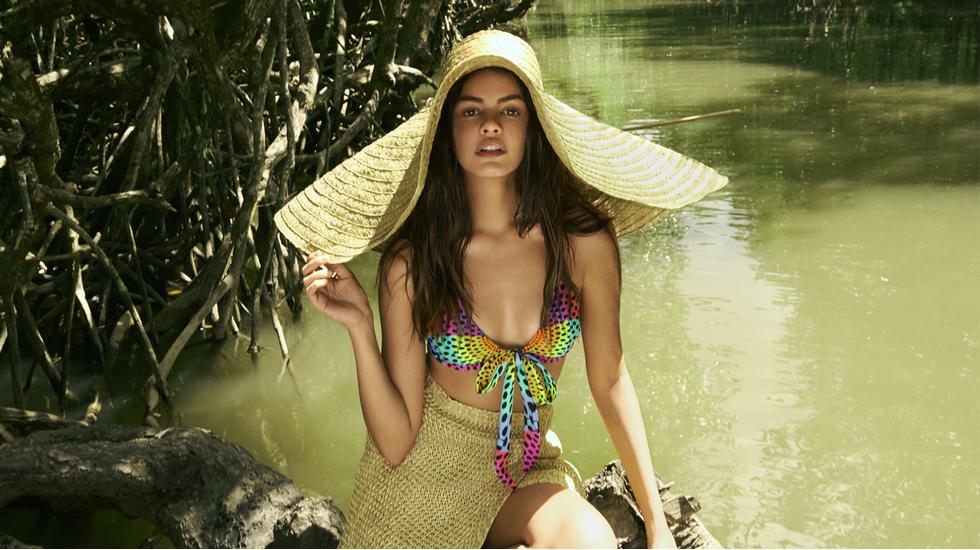 The beaches and limestone cliffs of Palawan seem like they're straight out of the pages of a fairy tale and the lakes in Coron are so beautiful and pristine that it’s enchanting.

MU: What's something about the Philippines foreigners never know about?

JG: Almost all Filipinos know how to speak English! There are about 150 different dialects used among the islands in addition to our national language which is Filipino but we also use English to communicate. This is a big plus for travellers that need to get around because everyone is naturally very accommodating. Filipinos are known for their incomparable hospitality and warmth.

And we make delicious beer!

JG: Isaw! It's grilled chicken intestines on a barbecue stick which you dip in spicy vinegar. It looks pretty crazy but it tastes delicious.

MU: You're half Spanish, half Filipina, what do you think are your strongest Filipino and Spanish tributes?

JG: The Filipino culture is similar to the Spanish in many ways because our country was a colony of Spain for 333 years. In the language, the streets, and the food, Spanish influence is everywhere. I think the best combination of both is how the Filipinos and Spanish are always very passionate in the way they live and love. Both cultures are known for their warmth and how family ties are very important. Filipinos are known for being selfless and hardworking and I guess being exposed to both cultures has also taught me to stop for a siesta and to always share and enjoy the fruits of my labour. And of course, we all love good food.

JG: 71 Gramercy is a rooftop bar on the 71st floor of a Makati City high rise that gives you an incomparable view of Metro Manila while listening to the country's best DJs. During the summer they have sunset sessions for happy hour. The Manila sunset is a must see!

MU: Your dream campaign to model for is…

MU: Backstage, or on a shoot your go-to songs are…

JG: Anything by Passion Pit or Beyoncé!

MU: Your modelling career is really picking up, is it difficult to balance acting and modelling?

JG: No because they're similar in a lot of ways. They both require you to get out of your head, just let go and appreciate the moment.

JG: Acting is my priority. Modelling is the insanely fun bonus level in a video game that I always look forward to.

MU: Do you think the modelling world is limited in the Philippines?

JG: I think there is so much untapped talent in the Philippines that deserves global attention.

MU: You didn't begin your acting career until after college; do you think it's important that actors should finish school before entering the industry?

JG: There is not one formula for success that works for everyone. I've always believed that education is a priority but then again, that's not something that comes exclusively from a classroom.

MU: If you weren't an actress, what would you be doing?

JG: It was my dream to become a diplomat. The idea of meeting people from different cultures while still representing my own and getting to see the world was something I'd always wanted.

MU: What excites you about the acting industry in the Philippines?

JG: That there is still so much to be explored and that it hasn't reached its full potential yet. Only a few films have had global recognition and I like that I get to witness the growth of the film industry. Everyone is still very hungry and everyone is waiting for that one movie that will win the country an Oscar or that one actor who will make it worldwide. Pressure always gives dramatic results so I think it's an exciting time right now.

MU: Coming from a family of actors, did that inspire you to become an actress?

JG: Yes, I was exposed to the industry at a very young age and I grew up watching my relatives on television and in movies. It always amazed me how they could embody different people and be complete opposites of how they were in real life. I guess I've always wanted to see for myself and find out why they loved it so much.

MU: You've received a lot of media attention recently, how do you stay grounded?

I've always known that hype is fleeting so it doesn't really get to me. I just focus on my work in the hopes of one day making work that will stand the test of time and inspires. I'm also just really enjoying everything and taking it day by day.

MU: What Filipino actor do you aspire to be like?

JG: My personal idol is an actress named Lovi Poe. She's still very young but she has an incredible career to date of TV shows, box office movies and indie films. I like that she isn't afraid to try different roles and be part of various stories. One of her films even made it to the Cannes Film Festival and I dream of doing something like that one day.

MU: What do you always carry in your suitcase?

Janine Janine Gutierrez made her TV debut in 2011, and now regularly stars on the Philippines' broadcaster, GMA Network. A true Filipina sweetheart, the Ateneo de Manila University graduate has graced magazine covers from Preview to Metro, and was the face of designer Vania Romoff's recent campaign. Janine joined the SUITCASE team in El Nido, Palawan, for our cover shoot.

Janine Gutierrez: The Philippines is an archipelago of 7,107 beautiful islands so there is definitely something for everyone. There's the bustling city and nightlife of Manila, beautiful islands with pristine beaches as well as some of the best diving spots in the world, even mountain regions where you can camp and watch the sun rise over a sea of clouds.

MU: Which is your favourite island in the Philippines?

JG: The islands of Palawan. Every time I'm in El Nido or Coron I feel like I'm waking up to a dream.