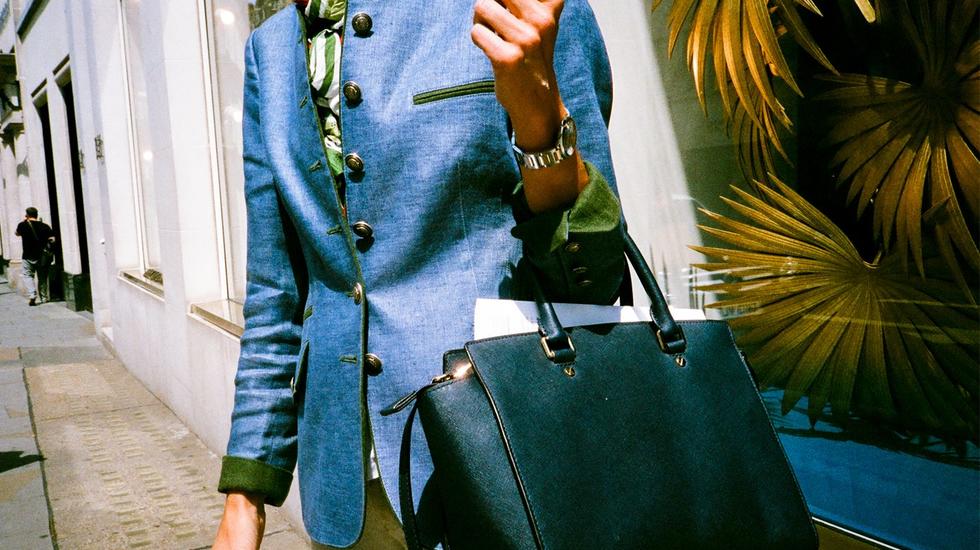 Bond Bond Street Babes is a project I've been working on since 2012. It started when I was working in a shop in Mayfair, where I would go out to shoot on my lunch break and after work. I'm interested in the culture that surrounds Mayfair, as well as the wealth. I find that Mayfair holds a timeless quality and its own distinctive culture that is different from anywhere else. The images are all candid snaps of my observations surrounding women's fashion and culture in Mayfair.

Bond Street came to prominence as a retail destination at the end of the 18th century when the upper class living in Mayfair began socialising in the area. It has since become one of the most famous destinations in the world for haute couture, art dealers and jewellery, and is the most expensive retail area in Europe after the Champs-Élysées in Paris. Today the street has expanded into two sections - Old Bond street and New Bond street, the later filled with more commercial shops than the former, which houses some of the world's most expensive jewellery and watch shops.

The women in these photographs represent in their own ways the wealth that surrounds this London street. Whether it's the lady carrying a bouquet of flowers to her Mayfair home or the nouveau riche style of a woman newly minted, they're all essential to creating the exaggerated culture of this special place.