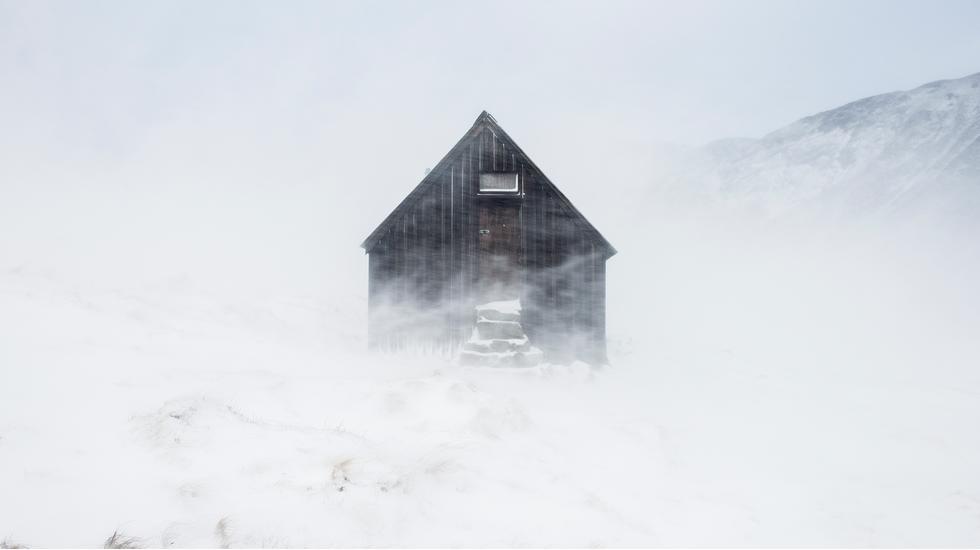 This article appears in Volume 32: Homegrown.

The The paradox about bothies is that, in truth, they offer hardly anything at all and yet provide everything you need.

To stay in one of these rustic structures is often described as camping without a tent, and that's pretty much spot on. Luxurious, they are not. Far from civilisation - often built from stone, wood or reclaimed ruins - and without running water or electricity, bothies are perhaps some of the UK's most rough-and-ready modern buildings. And it's this, for me, that makes them the best way to experience our wildest spaces.

The vast majority of bothies in the UK are under the stewardship of the Mountain Bothies Association, an intrepid group of volunteers that works tirelessly to protect and maintain these simple shelters. There are more than 100 of them dotted across the country, most unlocked and free for anyone to use. Nestled deep in thick glens or exposed at the frozen mouths of great mountain passes, over the last half-century they have become symbols of refuge in some of our most remote, lonely corners.

It was after the Second World War that "bothying" was born. Wages were higher, working hours shorter and hill walking became an activity that appealed across the spectrum of society. Today, that broadened sense of community has become enshrined in the bothy code, an intuitive agreement that hinges on respect for property, nature and each other.

My fascination with bothies grew not from the buildings themselves, nor from a love of the landscapes that surround them. Instead, it's what these buildings represent that sparked my curiosity. Scattered away from roads and home comforts, they have become gathering places for like-minded strangers, small beacons of humanity. As the weather closes in and the last rays of light fall below the horizon, individuals and small walking groups make their way towards the doors of the mountain bothy.

There's no booking system, no way of knowing what you might find on arrival. Many times I've found myself alone, zipped up in a sleeping bag and listening to the roar of the weather outside. On other occasions, you'll have company. Once you've busied yourself sorting out your bed and gear, there's not much else to do but to gather around the fire to share whisky and good conversation.