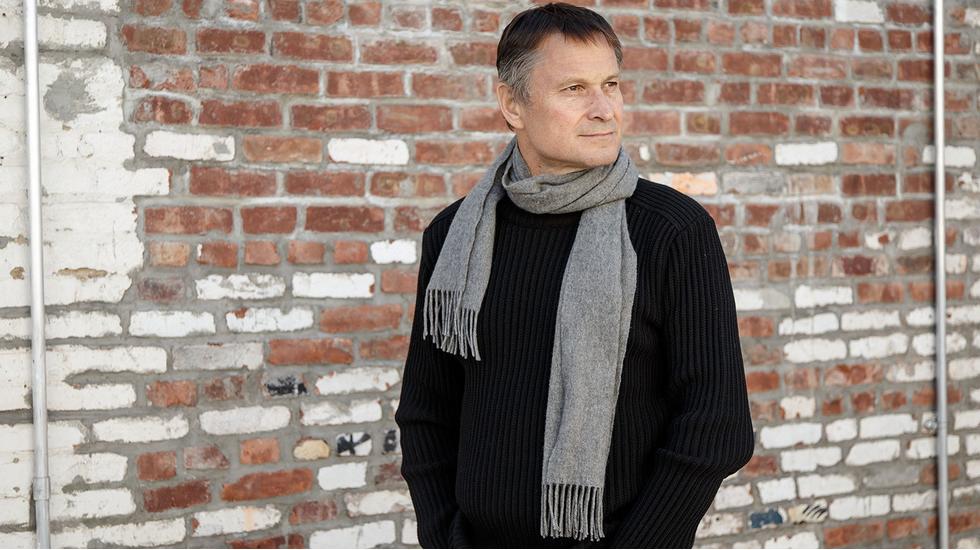 When When you're the co-founder of Noma - the Danish restaurant that has been named best in the world no less than four times - you'd be forgiven for getting a little complacent. Not Claus Meyer.

Nicknamed "the father of New Nordic cuisine" Claus knew early on in life that he wanted to be both a tastemaker and a change maker. Following the triumph of Noma under himself and head chef (and fellow founder) René Redzepi, Meyer decided to put his success to good use and turned his attention to altruistic endeavours.

With a wish to create opportunities for disadvantaged people, Meyer launched pioneering social projects in kitchens around the world to train people as chefs. Rolling out intensive workshops everywhere from Danish prisons to Bolivian slums, it is a striking example of using creativity and skill for positive change.

Here, we talk career highlights, memorable trips and the best places to eat in New York.

After the success of Noma, why did you choose to open Gustu restaurant in La Paz, Bolivia?

I wanted to experiment and see if what we did with Nordic cuisine at Noma could happen in other countries. Bolivia fit the bill because it's a developing country that doesn't yet have much of a food scene but has a rich array of unexplored, natural ingredients. We chose to open in La Paz which has two-million people and endless slums instead of modern, rich Santa Cruz de la Sierra. We launched without much of a roadmap.

Do you think food can drive social change?

Yes, it can. My first project in this sphere was prior to Gustu in Bolivia and focussed on ineffective re-socialisation processes in Danish prisons. I initiated a strategic alliance with the prison service to set up culinary schools in a couple of institutions. We convinced the inmates that we could teach them to cook a one-star Michelin meal in eight weeks - all they had to do was show up at 8am. We taught them the basics: frying, chopping, boiling. Then we started work on "the meal of our dreams". I had convinced the warden to open the prison up to the most prestigious food critics of the country to showcase the inmates' cooking. The day before these critics came, the inmates had their children and wives test the food. It ended up being a tremendous success and we gave 91 inmates an entire culinary education over three years. The moment they walked out of prison, they could apply for a job as a chef.

Why did you move to New York?

I moved to New York in 2015. An American businessman, who had visited Gustu in Bolivia, got in touch about a potential business partnership - but I wasn't excited about opening another food hall in Manhattan. Instead, we opened The Brownsville Community Culinary Centre in Brooklyn where we taught culinary skills to young people from the local community. The food focuses on the American, African and Caribbean diaspora culture.

Every year we spend the summer in our holiday home on the northern coast of Zealand in Denmark. We play tennis, forage for mushrooms in the forest, catch shore crabs and fish… it's heaven.

What do you always order from room service?

I never order room service. In fact, I hate it. I'd rather take myself down to the hotel's restaurant.

Dominica in the Caribbean is home to some amazing chilli sauces - they also travel well so I brought lots back with me.

Your favourite book on food...

I'm a huge fan of the author Michael Pollan, who was also an adviser to Barack Obama. He wrote The Omnivore's Dilemma which was fascinating. His other book, Cooked, is about the four elements of fire, water, wind and earth and the four kinds of preparations that relate to them. He goes very, very deep into this topic.

I stayed at a luxury hotel called Mihir Garh, on the outskirts of Jodhpur in December. The hospitality there was very quiet, humble and yet, still proud. I'm from the countryside so I loved the still desert landscape and its quietness. I also ate some incredible food: goat and liver curry with naan and fluffy, savoury puris (fried bread) with potato curry for breakfast. It was exceptional.

The best restaurant in New York is…

I really admire the work that the Parks (a young Korean couple) are doing at Atoboy in Midtown; they serve extremely interesting Korean tasting menus. Recently, they opened a fine-dining restaurant just 600 metres away, called Atomix, which has already been awarded a Michelin star.

Where should we go for breakfast?

I love to eat at Sullivan Street Bakery on Ninth Avenue. They serve these interesting brioche buns filled with chillies, lemon zest and ricotta. It's soft, sweet, fatty brioche served warm out of the oven.

The best burger in the city…

I'm going to out on a limb and say the vegan burger at Superiority Burger on the Lower East Side.

The best way to spend an afternoon in NY…

Walk through Central Park, especially if the weather is nice.

For the best street food head to…

Last year, I curated a street-food project called The World's Fare, which had more than 120 vendors from Mr Bing's Chinese crepes to Brooklyn food truck, Halalish. It takes place again in May 2019; you must go.

The Lobster Place in Chelsea Market is the best fish retailer in the world.