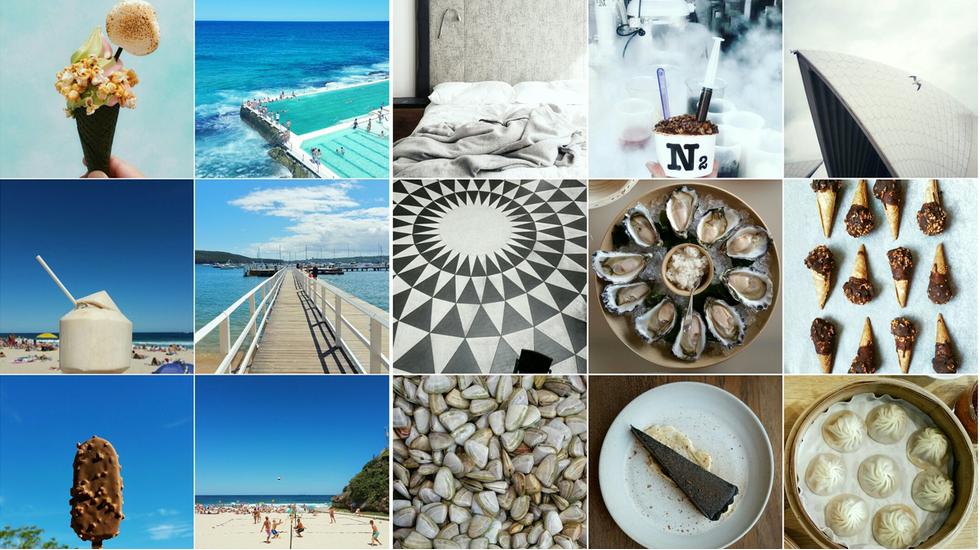 Clerkenwell Clerkenwell Boy is the anonymous food critic that communicates in square photos and hashtags. With 125k followers on Instagram, every new restaurant opening wants the Clerkenwell Boy stamp of approval (see his guide to London here). Although London is his stomping ground, he's an Aussie native, and recently returned home to check out the best of Sydney's food scene. Here he gives us his insider guide:

Bills: probably some of the best scrambled eggs in town - though if you're feeling indulgent the iconic ricotta hotcakes with banana, maple syrup and honeycomb butter are not to be missed.

Axil Coffee Co: for something off the beaten track, head to Axil for the Arabian eggs and views of the harbour and incoming ferries.

Icebergs: head to the iconic Icebergs for THOSE views of Bondi beach and THAT pool. If you can't get a table at the Dining Room, check out the Terrace (café) and enjoy a stroll along the path towards Bronte Beach.

Bennelong: housed inside the stunning Sydney Opera House, you can choose between the main dining room or the more casual 'cured and cultured' menu from the bar section - save room for the famous cherry lamington dessert and irresistible chocolate cake (from sister restaurant across the harbour, Quay).

Bathers' Pavilion: take a break from the sun and head to this beautiful café with all the beautiful people of Balmoral Beach for a spot of lunch and a healthy smoothie.

Ester: You'll find wood-fired perfection at this casual eatery. The roasted prawns with butter and fried capers will have you asking for more bread to wipe the plate clean.

Firedoor: This bustling new restaurant focuses on super fresh ingredients cooked over wood coal. The quail I ordered was perfectly cooked and the cocktails pack a punch.

Silvereye: housed within the stylish new Old Clare Hotel, ex-Noma chef Sam Miller recently launched his first solo venture with an extensive degustation tasting menu (choose between 11 or 17 courses). The snacks alone are worth a visit. Go there for intriguing flavours and fantastic service within an elegant dining room.

Kensington Street Social: the latest venture from star chef Jason Atherton - go here for the brilliant cocktails (make sure you try the 'cereal killer' cocktail) and tasty food to share with friends.

Din Tai Fung: join the queue and order a few steamed baskets full of piping hot XLB 'soup' dumplings… remember to poke a hole in each dumpling to let the steam out before you eat them.

Golden Century: for late night Chinatown hunger pangs, head here for the XO pippies on a bed of crispy rice noodles and some of the freshest seafood in town.

Noma: Rene Redzepi has transported the entire team from Copenhagen to Sydney for 10 special weeks. Tickets sold out within 5 minutes and there are thousands of people on the waitlist... so beg, borrow or steal your way in. Otherwise follow their adventures down under using the hashtag #NomaAustralia.

Belles Hot Chicken: Belle's from Melbourne has opened at the Wulugul pop-up in Barangaroo for a 9 month-long residency (until August 2016) - go there for super spicy fried chicken and fun harbour-side vibes.

For more ideas on where to eat and travel follow Clerkenwell Boy here.