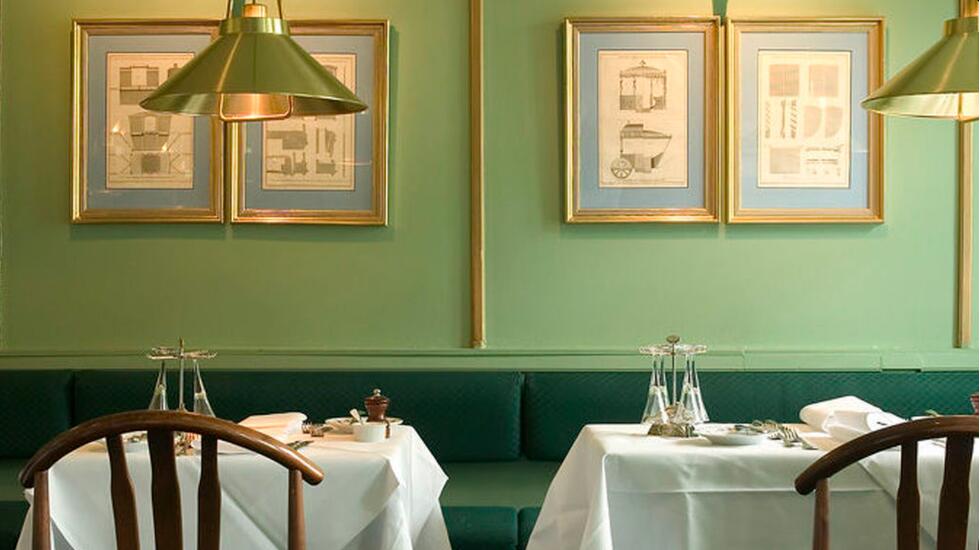 Noma Noma is shutting shop. The restaurant - a three-Michelin-starred industry leader that spearheaded the trend for locality and seasonality with its "New Nordic" food movement - will close by 2024 and transform into a test kitchen that runs irregular pop-ups rather than a full-service fine-dining experience.

Despite the news, we're not cutting Copenhagen off our list of destinations for hungry travellers any time soon. The Danish capital remains Scandinavia's foremost food city and while its reputation was built on Noma's success, the local food offering has grown well beyond the name. "It's difficult to underestimate Noma's impact on the restaurant scene in Copenhagen and in the Nordic region as a whole," says William Drew of the World's 50 Best Restaurants. "The success has spread around the city."

Want to discover more about the Danish capital?

Home to oyster bars, French bistros, smörrebröd spots and wood-fired pizza joints, the city is energetic and inventive. "It's not just high-end restaurants, although there's a bunch of them, including Geranium, which is currently the world's best," says Drew. "The natural wine bar scene, the coffee shops and bakeries, the taquerias… That's all part of the Noma legacy."

If you're after fine dining, make tracks to Geranium ("pretty perfect in every way," according to Drew), or Alchemist, an experimental kitchen hidden away in a warehouse on the city's extremes, but lots of casual neighbourhood spots are just as reputable as its chart-topping dining rooms. Noma is soon to be no more, but Copenhagen still has an appetite. Here's where to eat when you next visit.

Top of The World's 50 Best Restaurants list, Geranium sits eight floors up in a football stadium, overlooking the leafy Fælledparken gardens. This is a serious restaurant - complete with toques-topped chefs - with a meat-free menu that outlines co-founder Rasmus Kofoed's progressive kitchen intentions (the chef started the restaurant with front-of-house maestro Søren Ledet). Consisting of 20 courses, the three-hour tasting menu is locally inspired and seasonally led. Just note, if you can get a booking for a blonde-wood table here, expect the bill to leave a serious dent in your wallet.

Alchemist's website says it like it is: this isn't a restaurant choice for a "nervous first date". Situated in the industrial outskirts of Copenhagen in a former shipyard, this is the city's most experimental dining experience. Each seating is divided into five "acts", and diners are moved across various locations throughout courses, encountering as many art mediums as they do dishes (a mind-boggling 50 plates, and at least one planetarium-style digital dome). Expect complexity on the menu, alongside a bit of blue-sky thinking. Thought-provoking dishes that aim to make statements about current world issues, such as plastic pollution or unethical farming, are part and parcel of the offering.

Calling all fans of sensational seafood: this rustic neighbourhood restaurant is known for its oyster offering and unpretentious dining experience, complete with kaleidoscopic vinyl tablecloths and mismatched plates. You'll have cash to spare for adding to your capsule Copenhagen wardrobe; prices at O&G are reasonable and invite ambitious endeavours of appetite with generous portions. Order a half-dozen shells or opt for the seafood menu to share, to scoff piled-high plates of fried squid, shrimp, razor clams, ceviche and scallops.

Make like the influencer crew with a trip to this breezy, veggie-only spot in Hellerup. Bright and beautiful, the café serves breakfast, lunch and coffee and cake throughout the day. Plates are healthy, vegetarian and photogenic (hence the crowd), but taste as good as they look. Take a seat in the window and order the cult classic of avocado on toast, a caramelised grapefruit and a glass of seasonal kombucha. If you visit Charlottenborg's Kunsthal, you can find similar fare at the gallery's Apollo Bar - chef Frederik Bille Brahe is behind both establishments.

Sister restaurant to Oysters & Grill, Copenhagen Food Collective's Delphine plates up Southern Mediterranean-influenced fare: think tender koftas, crushed feta on toast, and luscious, deep swirls of taramasalata and tzatziki drizzled with sunshine-yellow olive oil. For drinks, skip the Mythos and flip straight to the cocktail menu. We're ordering the take it ouzo, a muddle of raspberries, vodka, lemon and the eponymous Greek spirit, or a watermelon dolphin, a sweet and salty concoction of gin, watermelon and agave.

To do dinner properly in the Danish capital, take a table at the charming (and traditional) Sankt Annæ in Christianshavn, tucked into the shadow of the city's royal palace. The white-clothed tables, emerald banquettes and asparagus-green walls keep things a little formal, but it's that kind of place. The crockery, in keeping, is all Royal Copenhagen porcelain. A seasonally led menu keeps things retro, with pickles aplenty, and simple, clean sea flavours. Order one of the smörrebröd open sandwiches to savour a city classic - pick from curried herring with eggs, gravlax with sweet mustard, and cod roe with homemade tartar sauce. Don't forget to ask for "snaps" - fiery shots of akvavit served in trumpet-shaped glasses filled to the brim.

Don't expect plain old pizza at this red-brick Guldbergsgade joint; the team behind Bæst adorn their sourdough, stone-ground flour pies with homemade mozzarella, ricotta and charcuterie made in an on-site salumeria. Pick from inventive toppings like the No.5's radicchio and blue cheese layers, or, gracing the No.8, a confit potato concoction. Make sure to leave room for the restaurant's luxurious tiramisu. It's made with homemade mascarpone.

Part of Noma's lasting influence on the city is the coalition of alumni chefs that have set up shop across Copenhagen. Former pastry chef Rosio Sanchez is one such graduate. After leading the mighty restaurant's summer camp to Mexico, Sanchez left the clan to open an eponymously named taco joint. A second branch followed, before the taco talent announced the opening of her first sit-down space, a Copenhagen take on a traditional cantina. At Sanchez, Nordic produce graces Mexican recipes. Order a sunshine-filled Pacifico beer and tuck into tuna tostadas, sea bass tacos and mussel atole. At weekends, the kitchen serves a three-course brunch of savoury plates that's not to be missed.

For a quick eat on your feet, head to this fried chicken shop in Nørrebro - a favourite of the city's chefs when off-duty. Attached to a natural wine bar (that's also worth a visit), Poulette serves only two sandwiches: one stuffed with spicy fried chicken, mayo and pickles; the other packed with tongue-tingling fried mapo tofu. Wrapped up in paper printed with the neon-pink Poulette logo, the soft brioche buns come complete with American-style cheese, lettuce, wrinkled gherkins and crispy fries.