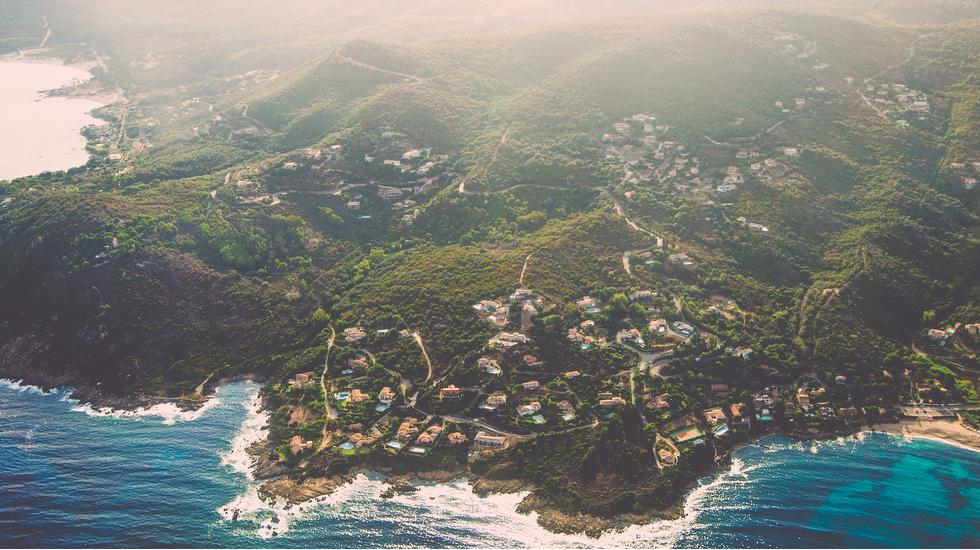 Often Often referred to as the "Isle of Beauty", Corsica is a land of mesmerising contrasts. It may only be 183km long and 83km wide, but and it has beaches to rival the Caribbean, dramatic mountains and acres of dense pine forest.

While Corsica has been part of France for over 200 years, it retains its unique customs, language, cuisine and character. "A French island basking in the Italian sun", wrote Balzac. It's just a few kilometres north of Sardinia, but the island's French sensibilities are most certainly felt.

From hiking Corsica's lofty hinterland to cruising its perimeter by boat, there's plenty to entertain those looking for more than a beach break. Here are just a few reasons why we're putting it on our summer holiday histlist.

The beaches are some of the best in Europe

The south of Corsica is a land of hyperbole, boasting some of the whitest sands and clearest seas in Europe. The Plage de Palombaggia is one of the finest, backed by pine trees and with striking views of the Îles Cerbicale. The north has beautiful alternatives with fewer people; head to the 30km peninsula of Cap Corse for vistas and waters to rival the popular south.

Steeped in fable and with an air of the Côte d'Azur, Ajaccio is well worth a visit. The birthplace of Napoléon Bonaparte, the Corsican capital is a historical tapestry dotted with sites relating to the leader, from his childhood home to the Notre-Dame Cathedral where he was was baptised.

You can now fly direct with Air Corsica

Air Corsica is launching its first ever flights from the UK this spring, with services from London Stansted to the three airports on the island. From May to November, up to nine weekly flights (journey time two hours 15 minutes) will depart for Ajaccio on the west coast, Bastia to the east and Figari in the south.

Billed as "Europe's hardest long-distance trek", this 19,000 metre hike is a noble option for those seeking an active break. It takes approximately two weeks to complete the course which runs the length of the island, with mountainous terrain making it as challenging as it is beautiful. No mean feat, be warned that 75% of people fail to finish.

The moon-shaped bay of Calvi is reminiscent of the French Riviera. Super-yachts and private cruisers are docked harbourside and upmarket brasseries dot the marina on the Quai Landry esplanade. While this attracts a sophisticated crowd, the medieval citadel overlooking the marina is perhaps the greatest draw and the baroque St Jean Baptiste Cathedral is another highlight.

The stone menhir civilisations at Filitosa and Palaggiu date back to 2500 BC, offering a mysterious snapshot of ancient times. Today, Filitosa is a well-trodden tourist attraction but the dusty path to Palaggiu is harder to find. Those who persevere will be rewarded with a site of 258 sculpted granite megaliths from the Bronze Age.

Dive at the Scandola Nature Reserve

The dramatic coast of the Gulf of Porto is one of Corsica's most famed landscapes thanks to Tishin-red granite Calanches that soar out of the sea. The UNESCO World Heritage Site can be explored by boat, though with 25 diving sites it would be a missed opportunity not to scuba up and explore the watery underworld.

Wander the pastel streets of Bonifacio

Located on the southernmost part of the island, Bonifacio is a city in two parts. Harbour-side Vieille Ville is where most people live, while Haute Ville is set within a 9th-century clifftop citadel. Explore grottoes and candle-drip stalactites from sea level before taking to the narrow streets for Instagrammable pictures of colourful shuttered houses and shady squares.

From May to November Air Corsica will schedule nine weekly flights departing from London for Ajaccio, Bastia and Figari. Flights start from £49.