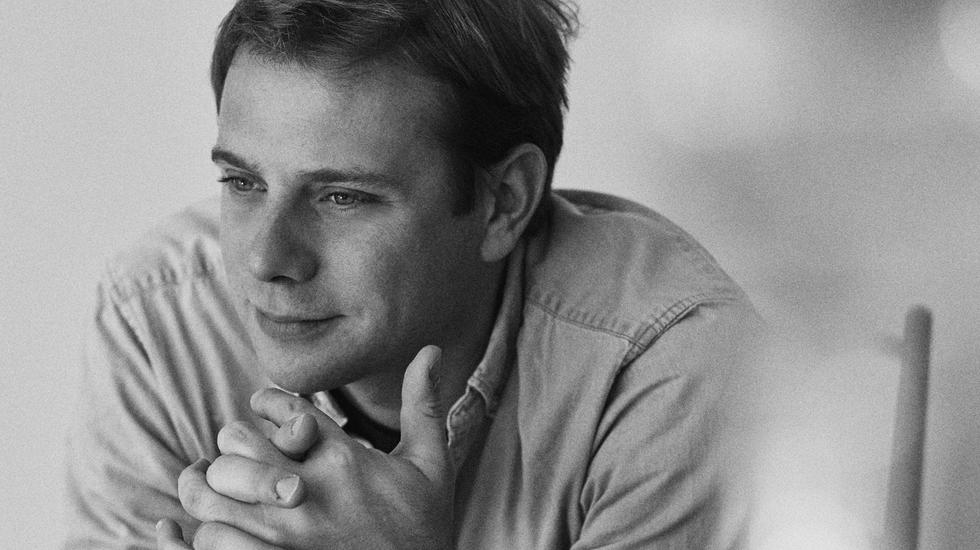 Jonathan Jonathan Anderson, one of the UK's most fêted designers, has curated a hotel in Notting Hill. It only has one bed (king-sized and kitted out in billowy Irish linen) and is open for just 10 days.

Collaborating with Maison Ruinart, the oldest champagne house in the world, the Northern-Irish designer has a unique aesthetic and predilection for craftwork that lends well to the second iteration of Ruinart Hotel 1729.

Viewing the Ruinart Hotel 1729 as "a working space, a work in progress", Anderson has populated the property with a number of objects from his own home. "I'm a big collector and I take inspiration from things and objects."

Founding his eponymous line, JW Anderson, in 2008, and taking the helm as creative director at Spanish heritage label Loewe in 2013, Anderson's designs (across both brands) are always textured and possess an element of tension. Presenting collections that are often juxtaposed, his inspirations are varied and diverse.

On meeting, we learned that Ibiza - a choice summer holiday destination since Anderson was a child - is a source of energy and ideas for the designer. With three collections on the go and a new JW Anderson store set to open in Soho, on the corner of Brewer Street and Wardour Street, a bit of time on a sunlounger is likely needed.

I'm from Northern Ireland. Where I am from, how I was raised, the time period, my parents; all of that had an impact on who I am. My grandfather was a manager in a mill and I think that may have influenced my decision to go into fashion.

Three collections - at the same time. We are also opening a new JW Anderson store in Soho in London, which I am very excited about.

Tell us about your design process - for this particular project and also in a fashion space.

It is the first time that I'm doing this sort of concept. In all spaces, it is the idea of a working space, like a work in progress. A lot of things are from my own house, things I have been collecting. I'm a big collector and take inspiration from things and objects. I think that influences my designs both in fashion and for this project.

The hotel has a nostalgic feel to it…

When I was at Maison Ruinart I saw a painting that showed people having a lot of fun; people enjoying oysters and champagne. I was fascinated by the tableware and how etiquette has changed over the years. People used silver spoons and fine glassware. I loved the nostalgic undertones in people having dinner and feeling empowered by what they were eating and what they were eating from.

What do you think makes a good hotel?

In my JW Anderson collections, I love to play with the idea of volume. Designing this space for Ruinart let me take that to an even more 3D level. Still, in a lot of ways the two are very similar; it's about colour and texture and how they make you feel.

What destinations inspire your creativity?

Ibiza is a constant inspiration - ever since I was a child. I was recently in Argentina and found it absolutely beautiful.

London hangouts during fashion week should include…

Anywhere East and quiet. I hear the new Standard Hotel is supposed to be nice but I haven't been yet.

Ibiza. I also spend a lot of time in Madrid; the Prado Museum is amazing.

Have someone book it for you! I am so busy between JW Anderson and Loewe, I don't have time to plan my travel. I have someone tell me where to be and when and how I will get there.

T-shirts, jeans, trainers and three phones. I like to keep it simple - kind of.

Discover More
Ibiza or Mykonos (or Both)? The Lowdown on the World's Favourite Party Islands
Read now