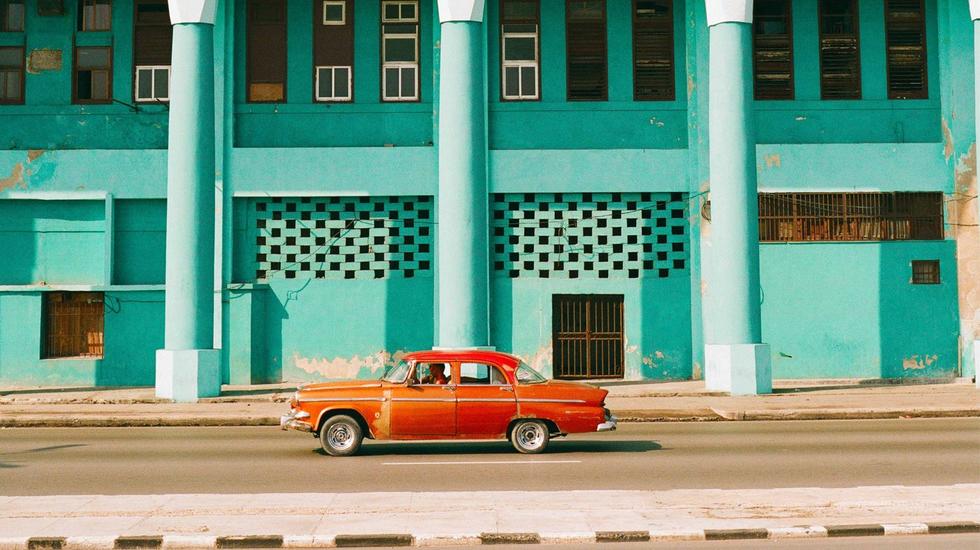 At At the beginning of summer, I was invited to travel to Cuba with a New York-based painter to work on a short film documenting his artistic process. In my down time, I took photos. Cuba is a vibrant nation full of intrigue, and immediately I saw that the people were just as warm and colourful as the surroundings. Almost every building, and every car, felt like a living relic; a true testament to the ingenuity and resourcefulness of the country and its inhabitants. Despite coming from a nation that has had a storied history with the island, I truly felt welcomed by almost everyone I met. With this series I sought to capture the warmth that I experienced during my time there. This is a country that has inspired writers and artists around the world, from Graham Greene, who wrote, "It was a city to visit, not a city to live in, but it was the city where Wormold had first fallen in love and he was held to it as though to the scene of a disaster. Time gives poetry to a battlefield," to Ernest Hemingway, who had a well-known love affair with the island.

Today Cuba is more than ever on everyone's radar as a travel destination. With the strengthening of ties between Cuba and the United States, more and more Americans and tourists from around the world are arriving in Havana and venturing further into the country to explore the island's beautiful beaches. The number of foreign tourists to the island has gone up 17 per cent so far this year compared to 2014. Once a destination that attracted adventurous travellers looking to access Cuba's unique culture, the entire country is bound to slowly alter in the coming years.