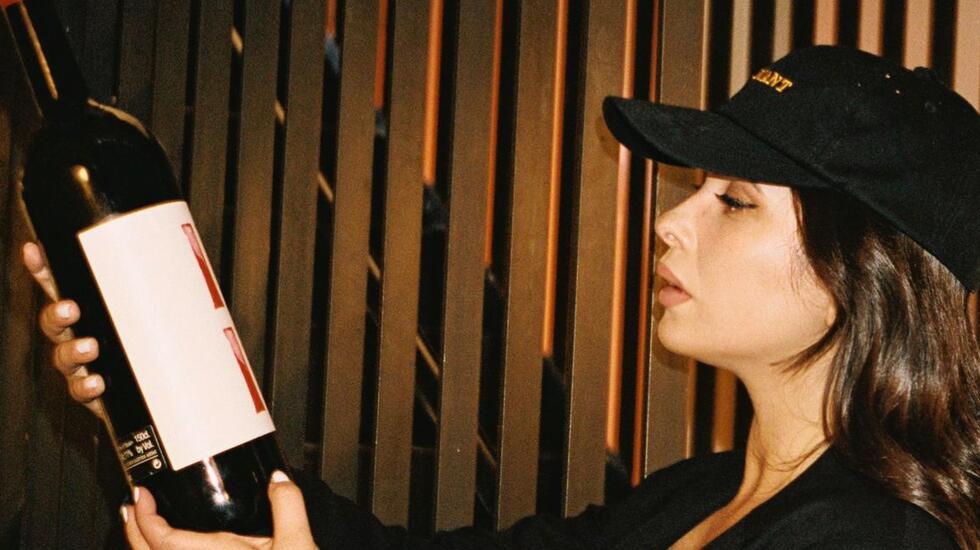 London-based London-based Hannah Crosbie jokingly calls herself an "aspiring wine mum". Her mission? To bring up a new generation of wine drinkers. After posting about bottles on Instagram, the 25-year-old wine expert and writer discovered a ready audience of curious young oenophiles wanting to learn about wine but struggling to find a welcoming community in the notoriously intimidating industry. Struck by the barriers faced by new recruits to the game, she launched Dalston Wine Club in 2020. The wine club runs regular, reasonably priced tasting nights to introduce wine-curious young Londoners to new bins in an open - and accessible - environment.

It's already a cult hit. Getting a ticket is harder than scoring your Glastonbury wristband, and Crosbie has innovative producers and old hands alike queuing up to get involved, proving that there's a wine world interested in talking to drinkers beyond the snobby bottle bores.

At only 25, Crosbie has forged her own place in the industry, writing for nationally renowned drinks publications and newspapers. Posting photos featuring glasses of deep ruby-red pours in east London hangouts on her Instagram, she's showing that wine drinking can be a young person's sport. Now, more than ever, she says, social media is democratising the game.

We sat down with the wine expert to chat about getting into wine, making the industry more accessible and top tips on drinking, and buying, 2023's hottest bottles.

Why the love of wine?

I don't come from a big family of drinkers, so my first time interacting with wine properly was when I began serving rudimentary pairings in my first hospitality job, at 17. I became fascinated with wine, food, and the relationship between them.

Wine combines a lot of things that I love: anthropology, history, science and sociology. I studied English at university, became a copywriter, and worked on my wine qualifications in the background. It was during lockdown that I decided to begin posting on social media. The way I was speaking about it really resonated with people. There's a huge community of young chefs and restaurateurs out there, but nothing similar in the wine world. One thing that's been really important to me is straddling the line between being aspirational and relatable to young people, and being respected by the industry. I feel like I can say I've done both of those things now.

How did you come up with the idea for the club?

I launched Dalston Wine Club two years ago. Before that, I would go to wine events and be served tiny pours, surrounded by people who I felt were judging me if I wasn't swirling or spitting properly. I thought, wouldn't it be great if there was an event where you were allowed to bring friends, the pours were really big, and you didn't have to spit them out? That's what Dalston Wine Club came to be. It's the place I wish had existed when I first got into wine. It started as just 12 people at the first event. Last month, we held a night downstairs at The Hoxton hotel with 60 people.

Was it difficult getting into the industry as a woman?

When you're on the outside of the industry, it looks impenetrable. Then, once you're inside, you find more young women working in it. I've been lucky; I haven't had much kickback as a woman apart from at an awards show two years ago, when someone referred to me as the "flavour of the month", and, I mean, I'm still here, so they were obviously wrong.

There's definitely been a positive shift towards inclusivity, but we'd be naive to say the wine industry's problems were all solved. In terms of gender, we're moving in the right direction, but in terms of race and class? There's nowhere near enough being done. Quite a lot of people are into wine because they have a family that's into wine, and you only need to go to one wine industry event to see the diversity problem.

Why do you think we're all going wild over wine?

The natural wine movement has done a lot, getting more young people into wine. It was a space we felt we could inhabit without fear of being judged by the older generation. Then, there's this real Gen Z-millennial desire to know the provenance of what we're putting into our bodies. It's happening with traceability, and organic fruit and veg, milks and meats. Wine is just an extension of that. Lockdown was another big thing, too. It brought our drinking habits into sharper focus, and we started drinking less but drinking better.

We want to learn about wine - where should we start?

It's annoying, but the only way you can really learn about wine is to drink lots of it. Unless you have a parent with a massive cellar, though, or loads of cash, that's not a viable option. The Real Wine Fair takes place every other year and is an amazing opportunity to taste wines. You can come to Dalston Wine Club events, too, where, rather than buying four bottles, you can drink four different glasses, and find the nuances in them. If there's someone in the industry you admire, just reach out to them with a question. Don't be afraid to ask for advice because it's such a warm and welcoming industry to be a part of.

Any favourite wine-focused hangouts in London we should visit?

Bar Crispin in Soho is perfect. I have this running joke because whenever I leave, I'm like, "Bye!", and they're like, "See you next week!", and I say, "Yeah, see you next week!" That's how often I'm there. But it's really good. I'm also really excited about what's happening just around the corner from me in east London. There's a new wine bar called Oranj offering a Decatur food pop-up alongside natural bottles.

Where do you head to pick up a bottle in the capital?

Cave Cuvée on Bethnal Green Road. If I'm really struggling and need a last-minute bottle, I'll definitely go there. They're really good and quite well-stocked. Obviously, they've got a massive shop in Finsbury Park, but this store has a smaller, curated selection.

Who else in the hospitality world is making positive changes that we should know about?

My friend Henna Zinzuwadia. She was just named GQ Sommelier of the Year. Henna worked with MJ Wine Cellars, which is one of the only UK-based companies actively importing wines that aren't made by white men. They work with women winemakers and Black-owned businesses. She was also named the Be Inclusive Hospitality's People's Choice Person of the Year for 2022 - super-cool.

Cave Curvée on Bethnal Green Road is Crosbie's go-to for a last-minute pick.

What's your bottle pick for a new year gathering?

I like to start with a sparkling. Sparkling wine is brilliant, and there's real affordability and accessibility to be found beyond champagne. I had a bottle of an affordable but very luxurious sparkling muscadet from the super-badass, women-run importer Emile Wines recently.

I'm not much of a dessert wine gal, so I'd probably have a whisky instead. Never Say Die is England's first-ever bourbon. It's made in Kentucky and brought over in a big shipping container for six weeks, so it's ocean-aged, then bottled in England. I'd have that on the rocks for dessert.

Where would you travel for wine and why?

I'd like to go to Oregon. I've been to France, and I'm hoping to go to Germany and Austria next year, but Oregon just seems like one of those magical, mystical wine-making countries where they're making pinot noir that's just as good as in Burgundy. I've got to try some wines from Nicolas-Jay.

I think we're going to have a long winter again, but I've been seeing people enjoying rosé at any time of the year. A lot of people assume rosé is one kind of wine - Whispering Angel - but there are so many different expressions. They're not all pale. Some of them are dark and rich and delicious. I also think sparkling red wine is set to become even bigger, so expect to sip some soon.