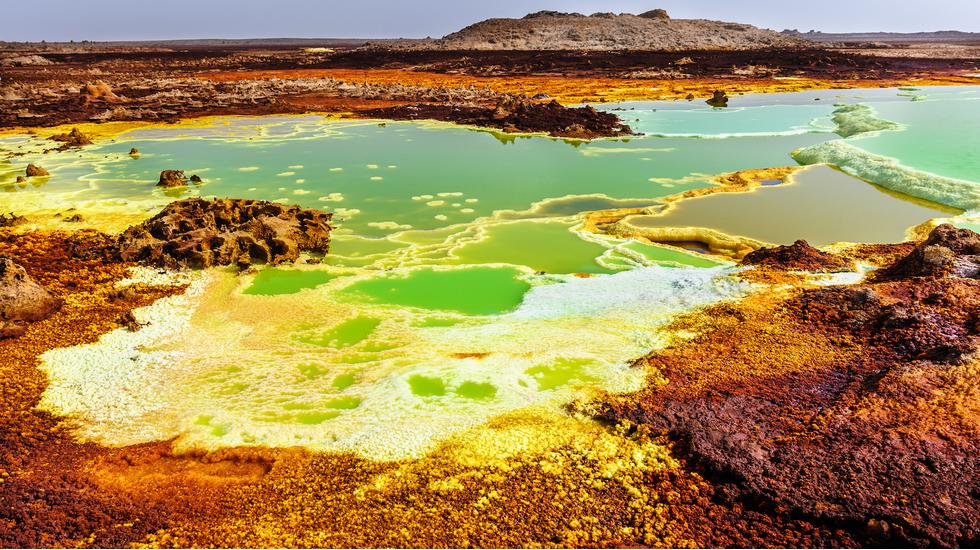 It's the most otherworldly experience you'll have without leaving Earth's orbit.

Home to neon lunar landscapes, fiery lava lakes and active volcanoes, the Danakil Depression in northern Ethiopia is one of the hottest and inhospitable places on earth. The geologically active region is formed by three tectonic plates meeting and pulling apart, creating shooting geysers, hot springs and one of the world's only permanent lava lakes. Trek to the rim of the Erta Ale volcano to gaze into its fiery basin.

This Anna Mason linen jumpsuit will keep pesky fleas and sand flies at bay - it's the chicest piece of protective gear out there.

Pack a head lamp. You'll be visiting the bubbling Erta Ale volcano at night and will rely on it to guide you.

As tourism in Ethiopia is still in its infancy, we recommend booking a trip with Nemo Travel. They'll help you discover Ethiopia's lesser-known corners, including Danakil.