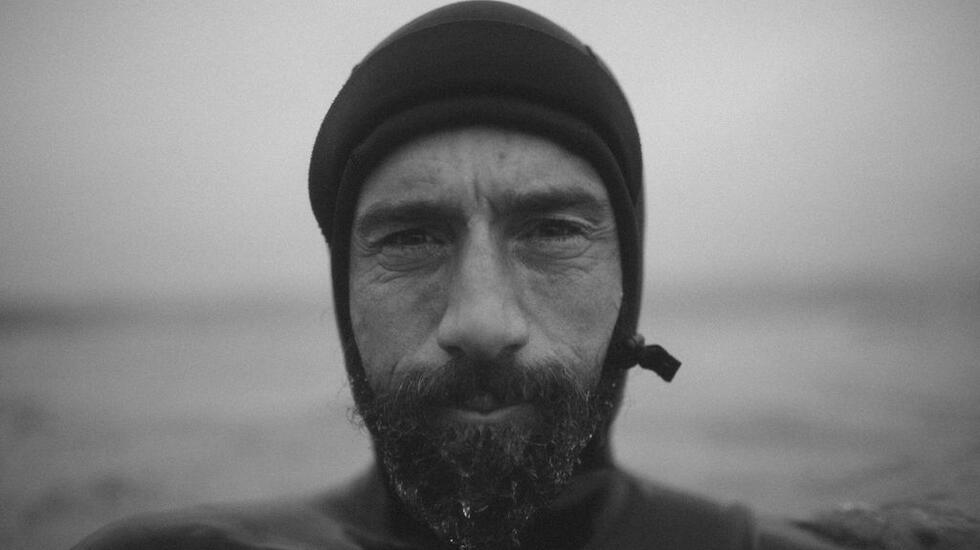 Science Science says that it takes an average of 21 days for a behaviour to become a habit. When the pandemic hit, we were all forced to slow down and take a deeper look inward. For most, the uncertain road ahead provoked feelings of anxiety and a loss of control - sensations that naturally led to the forming of new habits. This was certainly true for Nick Pumphrey. Born and raised in St Ives, Cornwall, Pumphrey has always lived close to the ocean, but it wasn't until he found himself craving a sense of calm that the power of being out on the water became clear.

Pumphrey, an avid surfer and professional photographer, is behind the Dawn Days movement - a project that celebrates the joys of being present and finding stillness in the water. Faced with limited time allowed outside during the dark days of the pandemic (remember those state-sanctioned hour-long walks?), Pumphrey began waking at dawn, squeezing into a wetsuit, grabbing his camera and heading out into the waves - all in the hope of capturing the sunrise from the sea. When he started sharing a selection of snaps and learnings from his daily adventures on social media, he found a receptive audience.

The positive benefits that came from the ritual inspired the photographer to continue the challenge during the winter months, often accompanied by his friend and collaborator James Warbey. Together, the pair conquered 111 dawns. We caught up with Pumphrey to talk about the project and find out what lies ahead.

A self-portrait of Nick, left, and a snapshot of rippled water.

Where are you from and what inspiration do you take from there?

I've lived in St Ives since I was six months old. Me and my sister were brought up on the beach. As a child, I was scared of the water - I learned to swim later than most. I started surfing when I was 10, and that's when my connection with the ocean was born.

Tell us about the project.

It wasn't planned - it wasn't meant to be anything. It was a personal ritual to help me become more comfortable, calmer and reduce my anxiety. I wanted to feel motivated and create a routine of sorts - something I'd never had. Initially, I planned to start getting in the water in April 2020, but I missed the month. May arrived, and I thought, here goes. I set my alarm, drove to the beach in the dark, swam out with my camera and photographed until the sun came up. There was no intention other than to move and capture the canvas of the sunrise. Ultimately, it was a project to help me, but it ended up helping other people, too.

What is it about the water that calms you?

I think it comes from being by the ocean from such a young age. I feel happy when I'm in or by the sea. It's hard to describe unless you live in a coastal environment, but it definitely shapes your identity. I was in London for a week recently, which was great, but I had a sudden urge to escape the intensity and retreat to the ocean. The sea is a living thing: there's an energy that settles everything - it's a reset.

It felt like a challenge. The sunrise can both impact mood and align the circadian rhythm, which in turn can create huge benefits for the human body. I was lazy. I now recognise that waking up earlier is hugely influential on our thoughts and behaviour. I'd be pretty tired sometimes, but looking forward to the western morning sky gave me a burst of adrenaline to get into the water.

Birds at dawn, left, and the first beams of light shimmer across the water.

Did you ever get cold feet?

We did the Dawn Days of Winter - 111 dawns through the coldest months of the year. Some days, the temperature plummeted below zero. The north-east winds are strong and can often be fierce. There were times in the first 10 days when I thought, what am I doing? But my stubbornness and determination propelled me. There were times when the water was so cold that I couldn't feel my lips - the cold was everywhere. It's a different experience. You have to be fast and understand what the body can physically endure. I went in every time.

Were there any surprising benefits?

I hadn't been sleeping properly, but the natural morning light reset my body clock within a week. A friend of mine hadn't slept properly in 16 years. Within five days of his joining me in the water, his wife came to me, astonished that he'd been sleeping soundly. It makes sense that our loss of connection to nature and increased screen time throw us off-balance. Nature nourishes our bodies, with the light telling us when to start moving and when it's time to slow down. We should all connect with it more.

How did people respond to your updates?

A network formed naturally. Lots of people were getting involved, including creatives that I'd never met before. Since then, I've met a handful of people who followed the story - it's been amazing. It's taught me to go for it and always put things out there. I followed my intuition and it worked. It was an incredibly simple thing for me to do - a straightforward practice - but doing this has connected me to all kinds of inspiring people.

Are you still doing it?

Not daily. I've always imagined I'll do another stint - possibly this winter. I enjoy the immersion of it. It took me a long time to appreciate the beauty in discipline. I'm free-flowing in every other aspect of my life, but it's been rewarding to commit to a healthy routine. I've found other doors open when I have a balanced and positive mindset.

It was very random. I'd get back home at 6.30am, make a coffee and sit down with my laptop. The idea of sharing 10 photos started unintentionally and then stuck. I wanted to post to Instagram by 8am, because I knew this would be the best time to capture a wider audience. Midway through the month of May, I found my ego creeping into the picture, and something that had started with pure intentions became tarnished by the overwhelming pressure to create something bigger and better. A conversation with my dad was a real pivotal moment. He reminded me why I started - to enjoy the ride - and that I didn't need to chase an unattainable goal. That was a big lesson, which ultimately stopped me from slipping back into the place that the ritual had lifted me from.

What's next for the project?

I've created a book from the initial days, which is more of a reflection space for myself. Each page has a photograph accompanied by a written entry from that day. I wish I'd journalled more at the time. I hope to do exhibitions on the sea in the future. Watch this space.

Read more stories about rituals in our latest issue