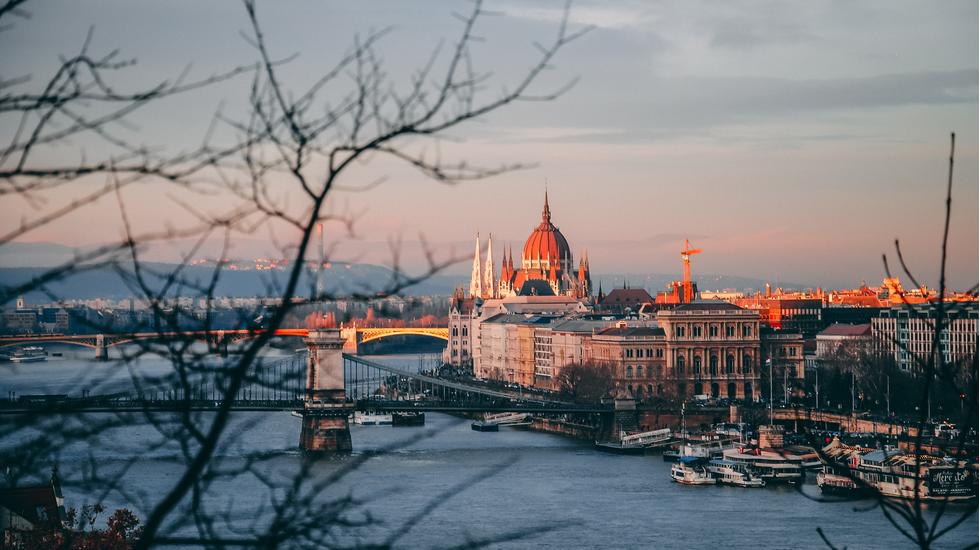 Nanushka Nanushka was founded by creative director Sandra Sandor back in 2005, straight after she graduated from the London College of Fashion. More than a decade on, with clothing designed in Budapest and produced across Europe, the brand is now found in over 30 countries.

Born and raised in the Hungarian capital, Sandor grew up in a fashion environment with her mother starting one of the country's first childrenswear businesses prior to the fall of the Iron Curtain. As a modern womenswear brand, Nanushka is driven by the desire to build a bridge between intuitive and functional design. Sandor explains, "I believe that if a garment is designed to function well, it will by definition be beautiful". Confident ease being the basis of the brand's aesthetic, Nanushka creates wearable (and reasonably priced) pieces channelling a subtle femininity with unexpected details.

Though Sandor lived in London while studying and travels extensively for work, Budapest will always hold a special place in her heart. The past five years have been exciting for the culinary and art scenes, as an ambitious younger generation puts the city on the map. We asked Sandor about her favourite places and secret spots.

Where should we wake up?

Brody House and Hotel RUM are two of my favourite boutique hotels.

Who does the best coffee in town?

Espresso Embassy use a special brewing method - drink without milk or sugar.

Where should we go for breakfast?

Szimply do uncomplicated, healthy breakfast and brunch all day long.

What about if we're hungover?

Head to The Juiceline for fresh fruit and vegetable blends served up in soothing minimalist surroundings.

Hold Utca food market is a colourful spot that brings a traditional countryside vibe right to the heart of the city, while Sarki Fuszeres is a small deli in a cosy neighbourhood just by Szent Istvan Park where you can pick up local supplies.

Which sights should we not miss?

The Royal Palace in Szent György tér is one of the most emblematic architectural masterpieces of the cityscape - the building is easy to spot from the Pest side of the Danube. It's home to the Hungarian National Gallery, the National Széchényi Library and the Budapest History Museum. The Hotel Gellért is probably the most famous hotel in Hungary and has the well-known thermal bath, while the Széchenyi Bath is one of the largest spa complexes in Europe. The outdoor pool with steam rising from the surface on winter nights as elderly men play chess in the water has become a national symbol of Budapest.

Where are we having dinner?

Déryné is the first café that opened specifically for the residents of Buda, back in 1914 - go for bistro food and live music in a charming setting. In the Jewish quarter, Dobrumba is an on-trend spot serving food "from Atlas to Ararat, from Bosporus to Gibraltar". For something modern head to Fáma, one of Budapest's most innovative restaurants, where elegance and creativity meet a laid-back attitude.

What about for something sweet?

Asztalka, located near the Tabán Parsonage is a patisserie-cum-living-room with a daily changing cake menu, but Chez Dodo do the best macarons - always served with a smile.

Boutiq'Bar is a swanky cocktail lounge ranked among the top 50 bars around the world. For wine, head downtown to Innio where you can choose from a selection of nearly 300 labels. For beautiful sunsets and down-tempo tunes hit up 360 Bar during summer.

Who throws the best parties?

Impostor is one of my favourites. It's an industrial bar and courtyard in the abandoned building of the National Television Headquarters, where the atmosphere of Asian streets comes to life with an intoxicating ambiance. Telep is another good one. Found between Gozsdu Udvar and Madách Imre Square, it's an art gallery and an urban meeting point in the heart of Budapest. Pontoon is a cultural nightclub where you can drink fröccs while sitting in a hammock overlooking the sunset by the River Danube and the Buda hills.

Which shops should we not miss?

The Nanushka temporary store, of course! It's on one of the main shopping streets (Vaci utca 27) and is open while the permanent shop is being refurbished to open in February 2018. Repertory is a small concept store combining beautiful things with comfort and humour. Don't miss Ecseri Piac flea market for a bargain either.

Where should we go to work out?

Instead of going to the gym, try a morning run around Tabán park, conveniently situated on the other side of the castle hills.

We've got some free time, how should we spend it?

Go for a hike up Hármashatárhegy mountain; there's nothing more inspiring than taking a deep breath of fresh air and admiring the colour palette of Buda's peaks. Margitsziget, or Margaret Island, is the perfect place for a romantic stroll or bike ride.

Autumn in Budapest can be quite chilly, so a cosy puffer is a must, while a soft chenille sweater always comes in handy. These boots are the perfect height for sightseeing, and you can't go wrong with a bum bag when you're out and about. For the evening, this chic but comfortable dress is a winner.