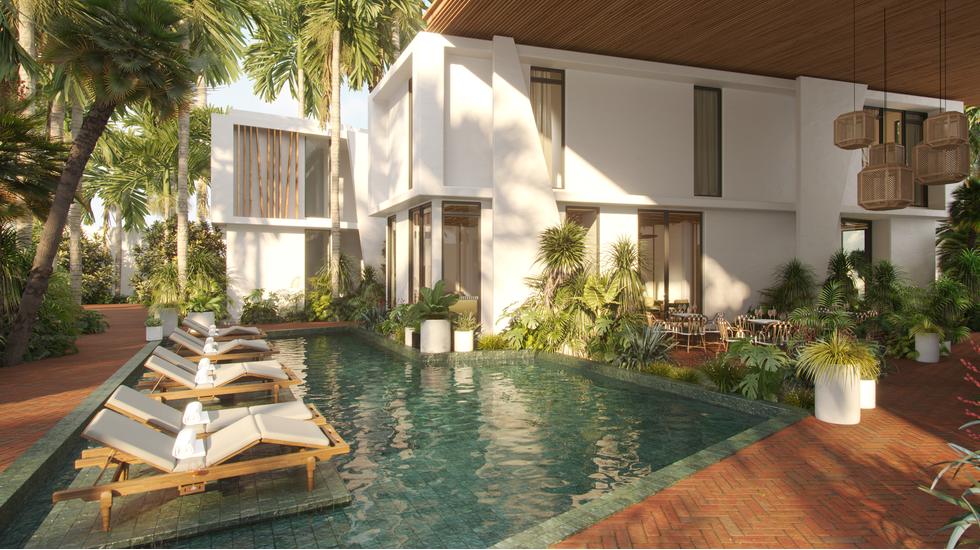 Bordered by Guinea, Liberia, Mali, Burkina Faso and Ghana, Côte d'Ivoire (widely known as Ivory Coast) sits on West Africa's edge. Blending urban pockets and sweeping greenery, the country's southern corners are flanked by lush plantations, dense forests and national parks, while its western edges are studded by dramatic mountain peaks, the tallest and most treasured being the 1,750m-tall Mount Nimba. The residents are just as mixed a crowd, with 78 languages being spoken nationally - French being the most commonly heard, due to the country's history of French rule.

It is Abidjan, however, that has caught our attention. The country's largest city and a hotbed of economic activity, its skyscrapers and cutting-edge architecture feel somewhat futersitisc and ahead of the curve. It has served as a major shipping hub since the Vridi Canal opened its lagoon to the sea in 1950, but it's only recently that a cool crowd of design-driven individuals has moved in, attracted by lively street-food markets, beach bars and a bevy of new boutique hotels.

Sundays look different here. Head down to Fondation Donwahi to attend La Sunday (you'll hear it before you see it), a weekly festival that brings together those looking to dance, sing and meet new people. Upcoming and legendary DJs spin everything from old-school classics to banging African dance pop - come prepared to scribble down a note of pretty much every track's name.

Mark your calendar; set a countdown: La Maison Palmier is set to officially open its doors this April. Surrounded by 200 varieties of palm, this leafy oasis is home to a pool, bistro and bar. Set to become the city's first boutique stay, interiors feature pastel terrazzo tiles, sage-green-splashed walls and beadboard ceilings. Bask the afternoon away on one of the sun loungers - positioned on their own island in the pool.

Where to go for breakfast?

Café des Jardins for bowls of porridge that almost look too perfect to eat. Plus, there's an entire menu dedicated to eggs - yep, seriously. Sweet tooth? Order the chocolate bread, and don't even think about sharing.

When it comes to dining options, visitors to Abidjan are spoilt for choice. So, we're making things simple. For a date night, the only place to bag a table is Le Méchoui - a laid-back setting made seductive thanks to its low-lit ambience and gold detailing. Out of an array of hot and cold Lebanese mezzes, our all-time favourite is the beef and aubergine fatteh platter. Falafel fans, meanwhile, will delight at the kibbeh.

That water-baby friend. They'll enjoy sunrise and sunset paddles at some of Abidjan's ridiculously beautiful beaches.

Dry season is between December and April. We suggest planning your visit in late March or early April, when the sun remains warm but days aren't sticky-hot.

Abidjan is humid most of the time. To avoid a restless night and to sleep in style, pack these Deiji Studios short linen pyjamas.

Take a flight from London Heathrow to Paris Charles de Gaulle. From there, it's just under a seven-hour flight to Abidjan's Félix Houphouët-Boigny International Airport.