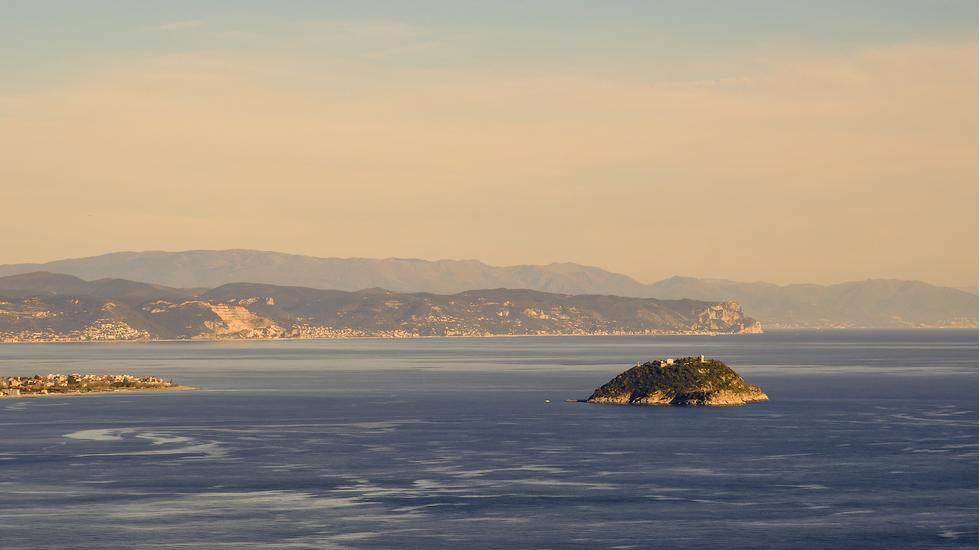 While Genoa gets much of the attention surrounding the Italian Riviera, Andora remains a solid favourite among Italian holiday-makers. Long stretches of golden sand are complemented by Ligurian terracotta houses on one side, while the clear blue Mar Ligure extends into the Mediterranean on the other. The bay is sheltered from the wind by inland mountains, making the beach an ideal spot for sunbathing. Cool down with a refreshing dip in deep waters (the town has held the Blue Flag award for clean beaches since 1986). Wander round streets to explore medieval stone chapels and ruins before venturing into the hinterland to admire groves of peach and olive trees, drooping with the weight of ripe fruit during summer months.

The food. Enjoy a lunch of freshly caught fish in this coastal town before filling up on soft, warm slices of Ligurian focaccia straight from the oven, topped with rosemary and doused in the regional Taggiasca olive oil. Enjoy with a glass of Ligurian wine made from vineyards on the nearby mountains.

The Riviera coast is known for having the best pesto in Italy. Made by hand with a mortar and pestle using pine nuts, basil, garlic, pecorino, parmesan and olive oil, pesto alla genovese is usually served with trofie pasta (short, thin, twisted pasta native to the region) which best absorbs the sauce.

A diving expert to show you the ropes. There are several diving centres in Andora where you can rent equipment to explore the nearby seabed, filled with beautiful sea plants and colourful fish. Experienced divers can check out the World War II shipwreck.

Relatively quiet for much of the year, the population of Andora grows tenfold during the warmer months. While many advise against joining the throng of holidaying Italians, this little town turns into a hub of excitement in summer. Go in May for Azzuro Pesce D'Autore, a food festival celebrating the delicious gastronomy of Andora. There is often an open-air cinema set up in the city centre in the warmer months, or head to Parco Delle Farfalle for music concerts and performances.

Built in 1952, Albergo La Pineta is a modest family-run hotel that epitomises traditional Italian hospitality. Ask for a room overlooking Andora Bay for a private balcony with views of the Mar Ligure.

There's a whale sanctuary on the Ligurian coast directly in front of Andora, so you're likely to bump into tourists desperate to catch a glimpse of these remarkable sea creatures. Excursions leave from the marina, so meet there to join in on the search party.

Where better to wear gold-plated shell earrings inspired by Dante's Divine Comedy than on an Italian beach? Alighieri's "The Floating Questions" are a must for beach holiday chic.

Fly to either Genoa or Nice for a quick and easy transfer to Andora.