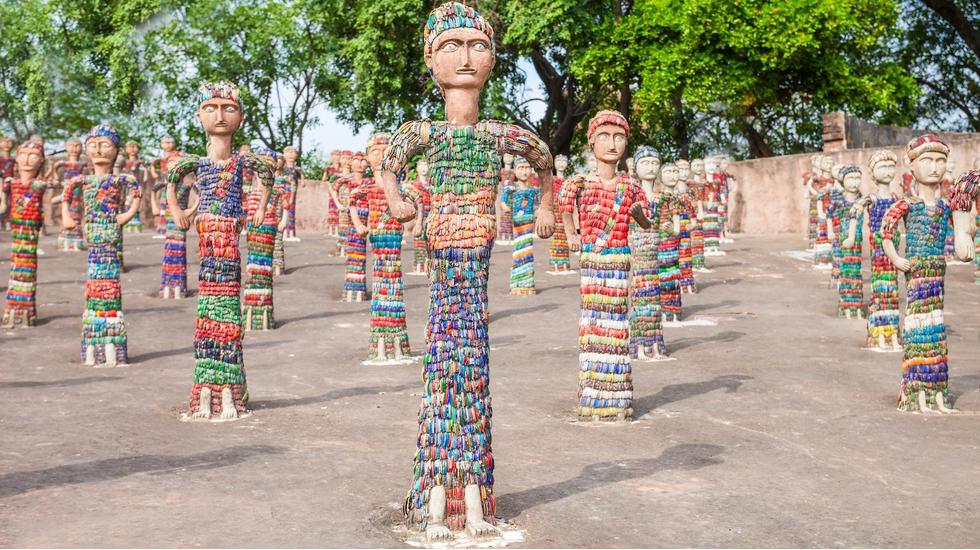 The first planned city in post-Independence India, modernist architect Le Corbusier was responsible for the exacting urban design which has seen Chandigarh become internationally renowned as an example of a "perfect" metropolis. It's surprising then, that many travellers to India leave this thriving city - named the country's cleanest, wealthiest and happiest - off their hit list. If you've done Rajasthan, a visit to Chandigarh, which serves as the capital for the neighbouring states of Haryana and Punjab, will give you a different perspective on the country. We've earmarked it as one of the destinations to visit in 2018.

Nek Chand's Rock Garden, where coloured rock and glass sculptures are scattered throughout the 30 acres. They were constructed in secret because of legal constraints, but are now a popular attraction. Fans of brutalist architecture should check out the Capitol Complex, where the High Court, Secretariat and Vidhan Sabha are archetypal examples of the 1950s concrete style. Register for a free tour with your passport at the High Court Tourist Office. The annual mango festival in June celebrates Chandigarh's state tree and is a particularly grand spectacle.

Spring or autumn - avoid summer because it's monsoon season and the city can become flooded.

A friend who can't get enough of festivals, dancing and colours.

Bar-headed geese at Sukhna lake - about 3,000 migrate there every winter.

A good pair of walking shoes for plenty of pavement pounding.

Fly directly into Chandigarh Airport or go to New Delhi and then take a scenic train through India's green hillsides.