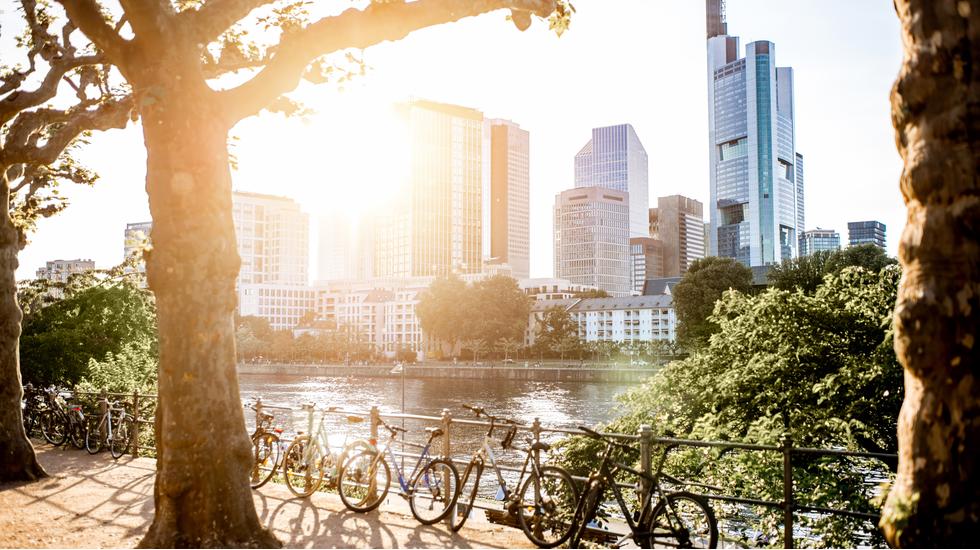 In 2013, DJ Ata - a local household name, who already owned the city's most famous techno club, Robert Johnson - opened Plank, a corner bar that would soon become an institution and kick off a spate of new openings in the neighbourhood. A stone's throw from the central station and financial district, to many the Bahnhofsviertel was the notorious red light district home to strip bars, cheap takeaway joints. The studio-like bar - think sleek furnishings, dark walls, floor-to-ceiling windows and bartenders who are students from local art schools - serves up reasonably priced wine and beer to curious creatives who flock in from all over. Today, the Bahnhofsviertel has become an eclectically cool neighbourhood where bankers rub shoulders with entrepreneurs, aspiring actors and artists.

The list of their hangouts is constantly growing: alongside design-led places such as Walon&Rosetti, Maxie Eisen and bar-slash-club Pracht, decades-old, no-frills restaurants such as family-run Hamsilos (Frankfurt's best address for Turkish cuisine) are experiencing a renaissance. Even a kiosk has made it onto the hit list: two doors down from Plank, Yok Yok is where more cultures mix, united by an interest for low-key drinks and works by emerging artists.

It's easy to reduce Frankfurt to business, especially now that it flaunts aspirations of becoming Europe's post-Brexit financial capital. But as soon as you step out of the skyscraper-heavy areas and immerse yourself in the city's cultural scene, Frankfurt easily rivals any other big player. In fact, the Staedel Museum, Schirn Kunsthalle and Museum of Modern Art have hosted some of Europe's recent major art shows, while smaller venues including the Kunstverein Familie Montez gained attention by showcasing photographers such as Annie Leibovitz.

Bahnhofsviertel is an absolute must, while the Gallus neighbourhood is said to be catching up in the cool stakes. Go for a walk by the river Main, visit at least one of the museums - the city's collections vary from old masters such as Botticelli and Rembrandt to works by Picasso, Monet and Degas - browse the markets at Kleinmarkthalle and do the most touristy thing Frankfurt has to offer: soak in the views from the Maintower, the city's answer to the Empire State Building.

For dinner, if you happen to be in town on a Friday, visit Freitagskueche where a different chef (many of them artists or other creatives) cooks each week, or try the freshest pasta in town at Pasta Davini, handmade by Italian housewives. For shopping, you can't do better than concept store Hayashi and its curated selection of designer wear including Isabel Marant and Joseph, as well as its male counterpart, Ubervart. Most importantly, be open to exploring a city that's constantly evolving, morphing from day to night like no other.

Expats from all over (almost one third of Frankfurt's population has a foreign passport).

Go in the summer, when the streets and river banks resemble that of a southern European city.

A friend who can't get enough of Berlin.

Frankfurt has Europe's fourth largest airport and has regular flights to most of the world.