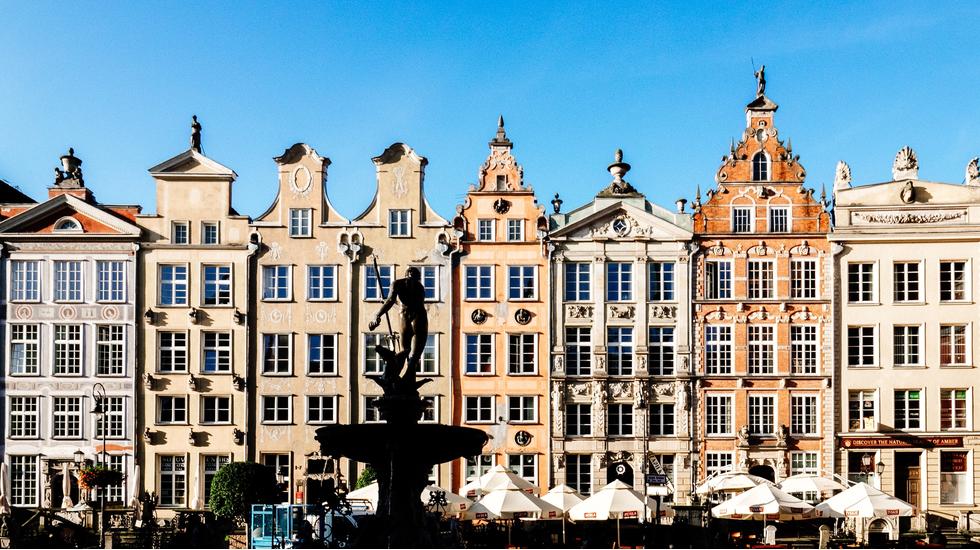 This This Baltic port has been overlooked by travellers in favour of Poland's more popular tourist spots, but Gdańsk's elegant architecture, rich heritage and exquisite seafood is starting to catch the eyes of eager travellers. Potter about the colourful streets, wander along the scenic harbour, or head to the World War II bunker-turned-nightclub, Bunkier Klubogaleria - Gdańsk is a city filled with as many surprises as a Polish pierogi dumpling.

Don't be fooled by Gdańsk's pretty seaside facade - the city has a convoluted political past. Notoriously known as the place where WWII began, head to the Museum of the Second World War to learn about the city's bloody past. Go on a Tuesday for free entry to the main exhibition, but make sure you linger outside to admire the building's architecture, which has become an iconic feature of the city. Formed of three sections, the building represents the three notions of time: past, present and future.

A history buff. As well as the Museum of the Second World War, Gdańsk hosts a myriad of other historical institutions, such as the National Maritime Museum or the European Solidarity Centre. If you visit in summer, be sure to check out the Soldek Ship. Moored in the port, the ship has been turned into a museum to provide visitors with a glimpse of life living and working on a freight ship in post-war Poland (claustrophobics, we'd recommend sitting this one out).

The summer months are an ideal time to visit Gdańsk. Famous for dockside beer gardens, bask in the sun with a Polish craft beer or stroll along the river.

Most likely to bump into...

Gdańsk is famous for amber - or Baltic Gold, as it is locally known. In the middle of the city lies Ulica Mariacka, a street brimming with artisan stalls selling amber jewellery. Although much of the jewellery is genuine, you're likely to bump into some faux-amber vendors and stalls. Look out for shops with The Amber Chamber of Commerce (KIGB) or the International Amber Association (IAA) certificate when you're shopping to avoid disappointment.

A camera. The streets of Gdańsk are filled with an accumulation of architecture influenced by its varied Polish, German and Slavic inhabitants. Look out for the stone gargoyles that decorate buildings in the Old Town and the street art covering communist-era blocks of flats in the Zaspa district.

You can fly straight into Gdańsk Airport in just over two hours, with return flights under £40 - save your money for all the pierogi dumplings you can get your hands on.