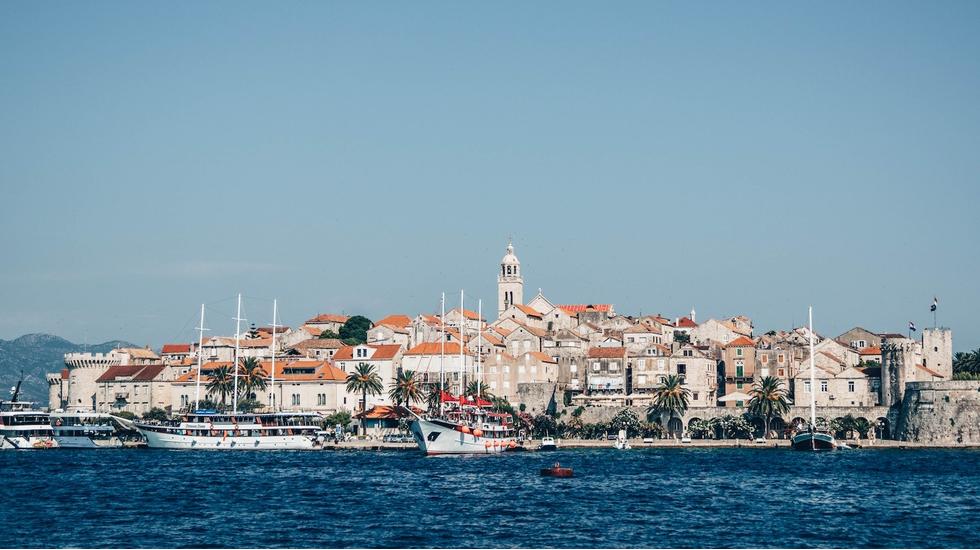 Head to the Old Town for your culture fix. Enter through crumbling 14th-century fortifications, complete with the ancient coats of arms of Venetian doges and Korčulan governors, built to defend the city against attacks from pirates and other aggressors. Wander through the city streets to find other architectural delights. The towering gothic-renaissance St Mark's Cathedral was constructed in the 15th-century from Korčula limestone, and is covered by elaborate sculptures and engravings including figures of Adam and Eve, two-tailed mermaids and an elephant.

Once you've satisfied your inner-historian, ditch the city guides and tourist pamphlets and whip out your beach towel. Korčula has dozens of hidden coves and sandy beaches on which to laze. Head north to Vela Luka for clear water and boat trips to the nearby island of Proizd. Alternatively, opt for Pupnatska Luka on the south coast for family-friendly beach fun.

The Icon Museum in Korčula Town has a wide collection of Byzantine icons as well as 17th- and 18th-century objects. Stop by the baroque church next door, a 15th-century building with carved frescoes and painted features inside.

A serious oenophile. Korčula's vast vineyards stretch across the island, producing delicious wines from the indigenous Pošip and Grk grapes. Spend your day sampling some of Croatia's best wine or drive into the villages of Čara and Smokvica to bar-hop between traditional Croatian outposts.

Visit in October for pleasant temperatures and empty beaches.

If you're coming to work on your tan and read a good book, stay at waterside Hotel Liburna. With a private pebbled beach and outdoor pool overlooking the hills of Pelješac, this minimalist hotel is one of Korčula's best. Alternatively, those looking for a city break vibe should book Lešić Dimitri Palace, a boutique hotel located in the Old Town with a glorious terraced restaurant.

Byzantine-buffs looking to ogle at artefacts and brush up on their cultural expertise.

Slip on this colourful Etro printed silk-chiffon kaftan over your bikini for a look perfect for both ambling through cobbled streets and sipping wine on the beachfront.

Fly to Dubrovnik airport, where ferries and catamarans frequently make the two-and-a-half-hour journey to Korčula.