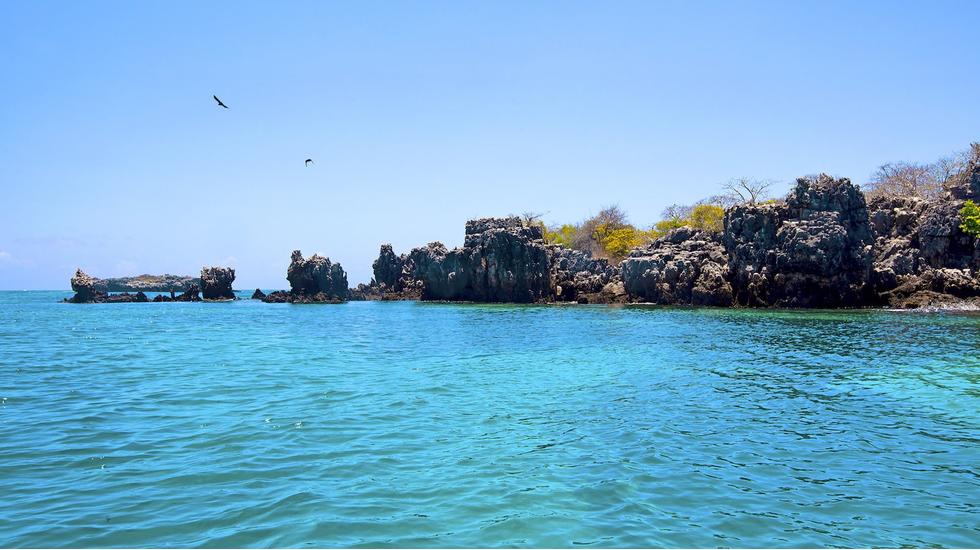 While Zanzibar was once a remote paradise, it's now a popular holiday destination which can no longer honestly be described as 'off the beaten track'. Mafia, however, remains almost completely unspoilt - super remote and with minimal infrastructure. Get there before everyone else does. It goes without saying that the food is all locally sourced and pretty incredible, with seafood coming straight off the boat and cooked right in front of you. There's some culture too; if ruins are your thing, you can find some from the 12th century and they're undeniably beautiful. But honestly, go for the miles and miles of white beaches with the blue, blue sea and not a soul in sight. Most places to stay have little huts to sleep in which open out onto the beach, while theres's a charming eco tree-house lodge for those after something more substantial. Another reason to go now is because coral bleaching is starting due to global warming.

Just at the end of low season when weather is likely to be pretty good but it'll be totally empty. High season is around June to March.

Erm. Maybe some farmers? Other than that, it really is totally empty, other than perhaps a rogue adventurous backpacker who's made it across from Zanzibar.

Who to bring with you?

A pal who's happy with one activity a day and will then spend the rest of the time plonked next to you on a beach, eating fresh fish, slurping on a cocktail and watching the sun go down. Not someone who's scared of spiders.

The water inside the coral reef is a nature reserve and the diving is amazing, though you can snorkel if scuba isn't your thing - get a boat out to underwater ruins where the fish are absolutely incredible, and you're likely to spot turtles too. Whale-shark watching is a once-in-a-lifetime experience, while there's also some pretty impressive birdlife. Our favourite, however, has got to be the (very rare) pygmy hippos - no one is 100% sure whether they really are pygmies or if they just haven't had enough to eat so are a bit small...

An essential to bring with you

A stargazing app like SkyView. It's like being in a dome of stars because there is no light pollution so you can see them all the way down to the horizon.

Coastal Aviation flights leave daily and take one hour from from Zanzibar or the Selous and 45 minutes from Dar Es Salaam.