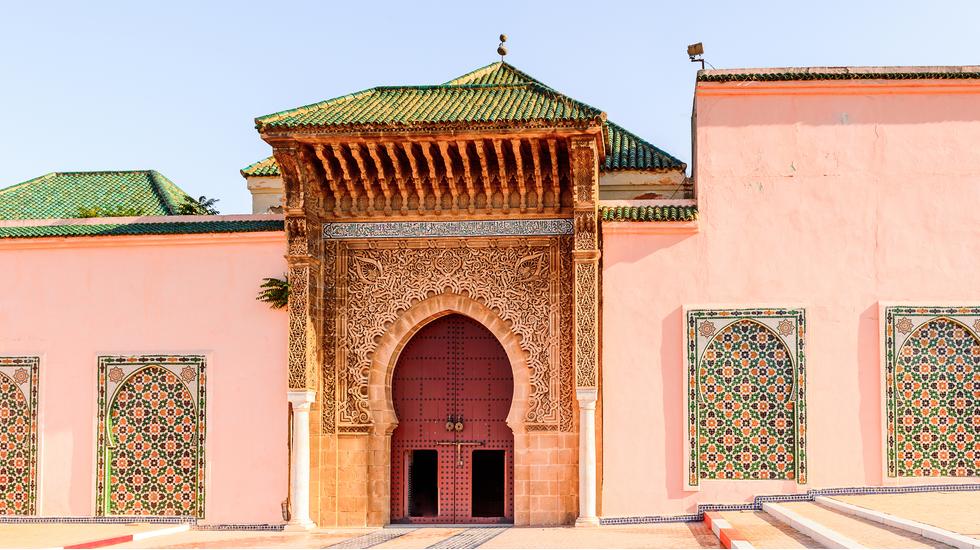 For For habitués of an annual pilgrimage to Morocco, Marrakech and Casablanca tend to top the list. We suspect that Meknes might not even be on your radar. Known as the "Imperial City", the 17th-century capital of Morocco has all the makings of a big-league North African travel hotspot. The ancient medina is a recognised UNESCO World Heritage Site and captures the awe-inspiring nature of Moroccan history, not to mention the sumptuous architecture filling the town to the brim: inspired by Louis XIV, Sultan Moulay Ismail made up his mind to create his own version of Versailles here, so there are palaces and exquisite gates scattered around the old town.

Get lost in the hustle and bustle of jam-packed souks and wander past riads and the medina's 12th-century mosque before stealing away to a tucked-away teahouse for fresh mint tea and a handful of dates. Once you've had your fill of wandering, stocking up on holiday gifts and stuffing yourself with local treats, head to our favourite hidden gem in the city. Dar Jamai, now known as the Museum of Moroccan Art, was the extravagant home to Meknes' wealthy Jamai family until 1920, when it was converted to house local arts and crafts. Our choice hideaway (and one that we'd almost rather keep to ourselves) is Dar Jamai's positively magical Andalusian garden.

A half-day trip that you really shouldn't miss if you've got enough time is an excursion to the nearby hilltop Volubilis. Morocco's most renowned collection of still-standing Roman ruins, the remnants of ancient palaces complete with floor mosaics, as well as statues, a bathhouse and an aqueduct, make this one of the country's most impressive sites to visit. The throngs of olive groves sprawling out at the foot of the hill add to the ancient atmosphere that hangs in the air at Volubilis.

Your friend who is desperate to go to Restival every year.

The chillier months are a lovely time to visit Meknes, as it's an easy trip that grants access to completely different (read: much more agreeable) climes.

Loose, wide-leg trousers and a linen top - you'll want to be easy-breezy as you pound the pavement and move from sitting area in a teahouse to chic restaurant for tagine and couscous come dinnertime.

Fly into Fès-Saïs Airport, which is a 45-minute train ride or taxi from Meknes.