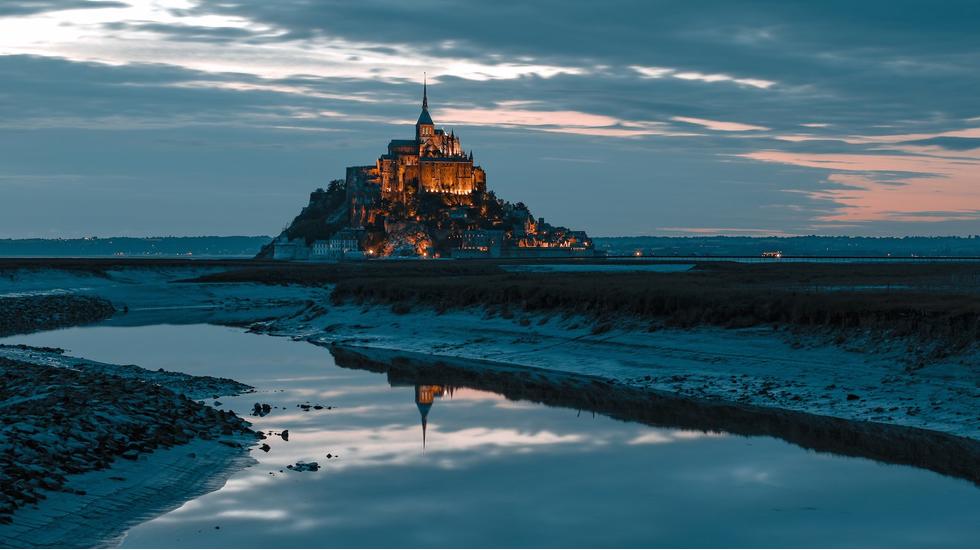 A noted "wonder of the west", this isolated islet stands in the midst of vast sandbanks off mainland Normandy.

Connected to the mainland by a causeway that is submerged at high tide, Mont Saint Michel has been a site of religious pilgrimage as early as the 8th century. Gothic spires jut from the rock to the heavens as you approach from the mainland, the formation rising out of the morning fog like something from a fairytale. Truly from another time, Mont Saint Michel was named a UNESCO World Heritage site in 1979 and has captured the imaginations of writers, artists and travellers for centuries.

Attracting over three million visitors each year, Mont Saint Michel is a hotspot for tourists in the summer months. For a unique experience of the city, make your trip between November and March when the cobblestone streets are all but deserted.

A history buff. From archangels, bishops and battle strategy, this rocky island has been coloured by centuries of legend and lore - take someone who will appreciate what the island has on offer.

With steep staircases and winding cobblestone streets, you never know what's around the next corner.

A visit to the abbey is a must. Situated at the top of the island, the abbey is reachable by a 350-step staircase that begins at the end of the Grand Rue. Wind between the columns and catacombs that support this massive structure; you'll soon see why this has been a site of religious practice for centuries. A mingling of stunning bay views and the unique high tide will make you feel far from home in the best way.

An essential to bring with you

A sense of adventure. Mont Saint Michel is best explored by wandering the streets; getting lost would prove a difficult task as the island is so small and those tiny side streets are well worth the detour from the abbey at the top.

Drive from Paris for an easy day trip or take a train from Rennes to Pontorson where a bus will carry you the remaining 9km to the rocky island spot.

Discover More
The Most Instagrammable Restaurants in Paris
Read now