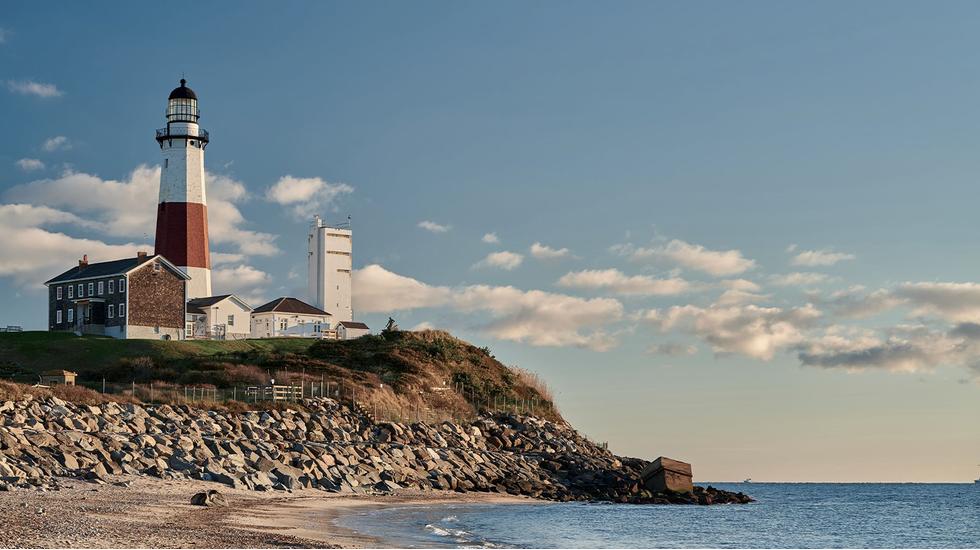 Although it's remote location at the very tip of Long Island has earned it the ominous moniker "The End", Montauk is far from sinister. With six sprawling state parks, more than 5,000 acres of pristine beaches and some of the best seafood in the US, Montauk is a must for lovers of the great outdoors.

Rise with the sun and head straight for one of Montauk's beaches, surfboard in tow. Ditch Plains has the best waves; spend hours surfing (read: falling off the board) before drying off on the white-sand beach framed by jagged cliffs. Spend afternoons exploring the nearby hamlet, stopping by farmers markets and hiking through Montauk Point State Park where you'll find the Montauk Point Light - the first lighthouse in New York state and the fourth oldest active lighthouse in the US. Climb to the top of the 110ft-tall tower to watch the sunset over the Atlantic. It isn't hard to see why Montauk's authentic, back-to-nature reputation is chasing that of its luxury neighbour: the Hamptons.

While distinctly less celeb-ridden than NYC or The Hamptons, Montauk has inspired many great minds throughout history, including the Pulitzer Prize-winning playwright Edward Albee, singer-songwriter Rufus Wainwright and Andy Warhol. Bring someone creative and find out how the quirky hamlet inspires them.

Come in the autumn (or should we say fall) when crowds have returned to the Big Apple but the weather is still warm and sunny.

Gurney's Montauk Resort & Seawater Spa never fails to impress those looking for a hotel with all the trimmings, but for those after a more intimate alternative, stay at boutique hotel Breakers for pastel hues and 50s-style decor.

Named after the Native American Montaukett tribe that originally lived, farmed and fished on the land, Montauk has kept its reputation as a popular fishing destination. You're sure to see many a wader-clad fisherman heading for the shores.

This Acne Studios Raya mélange knitted cardigan is perfect for draping around your shoulders on a breezy Montauk evening.

Fly into any New York airport, from which the transfer to Montauk takes between three and four hours by car or train.