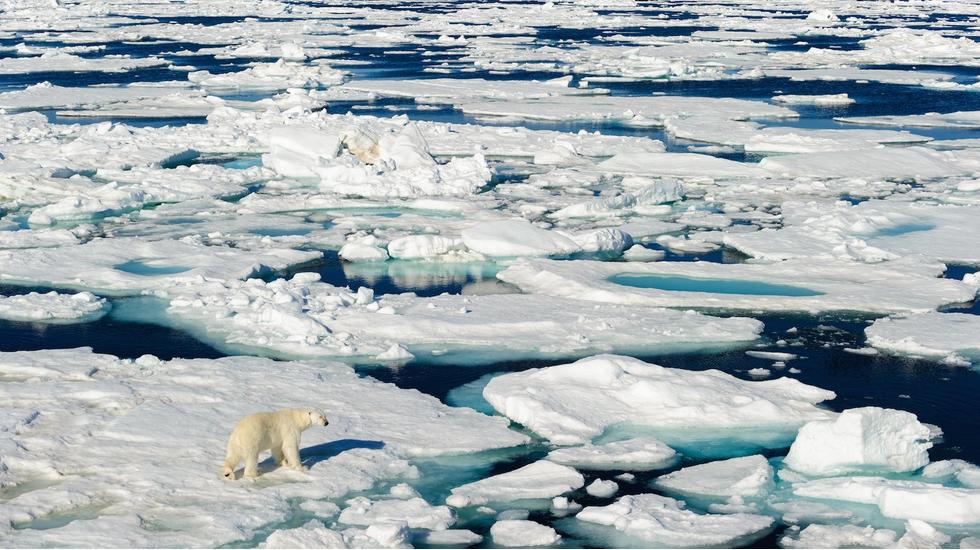 It's one of the few places in the world where you can still have a real adventure. Imagine camping and trekking on giant expanses of ice with no horizon or concept of time. You only have what few possessions you've brought with you in your pack and your fellow trekkers for company. It's extremely testing, exciting and rewarding.

There's only a small window of time which you can visit between February to May. Any earlier, it's too cold and there's not enough light and any later the ice begins to melt, making trekking very treacherous.

The North Pole is an extremely dangerous place so you don't want to bring anyone who will mess around or not take it seriously. A very experienced guide (the dream would be Hannah McKeand) and your closest, toughest family or friends.

The world's greatest living explorers such as Sir Ranulph Fiennes and some very hardy Russian military.

The safety briefing in Camp Barneo. Polar bears, falling through ice and getting frostbite are all very real threats.

An essential you need to bring with you

Elizabeth Arden Eight Hour cream. The extreme temperatures and intense sunlight can wreak havoc on your skin and it's the only moisturiser that really works. All the explorers use it so it's not even that ridiculous.

There are several options ranging in intensity. For first time explorers, we recommend flying to Camp Barneo (via Oslo then Svalbard) and then taking a helicopter. For the adrenaline junkies you can enter to run the North Pole Marathon for €13,500. You can also ski to the last degree, which takes seven days from Camp Barneo or attempt a full expedition from Russia or Canada.