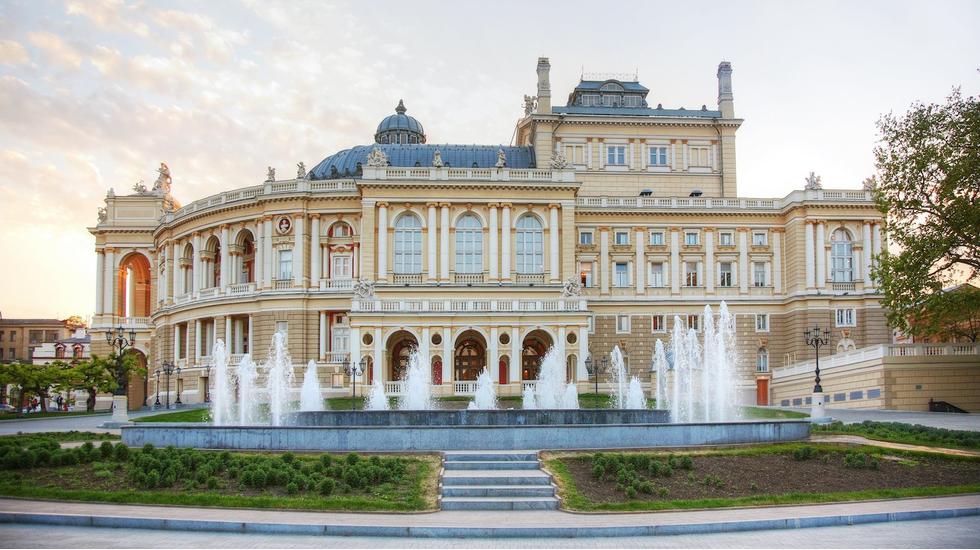 All All 19th-century architecture and belle-époque charm, Odessa is akin to a small, walkable version of Paris on the shores of the Black Sea - and it won't break the bank. The Opera and Ballet Theatre is straight out of a James Bond party scene, and the Odessa Passage is a picture of arches and sculpture, housing galleries under domed-glass ceilings. To cater to more contemporary whims, head to Odessa's answer to the MoMA for a peek into the world of Eastern European modern art.

Home to the largest harbour on what the Ancient Greeks thought of as the "inhospitable sea" - as well as being a former smugglers' haven - Odessa has a seafaring history best explored by hopping between waterfront shops and cafés and scaling the colossal Potemkin Steps that lead down to the port. Once you've had your share of the sea breeze, drift just a few steps inland for a leisurely stroll along the tree- (and mansion-) lined Primorsky Boulevard.

Nestled within the walls of Odessa's sumptuous Philharmonic Hall is Bernardazzi, a fantastic restaurant with a courtyard teeming with chic locals. The wine list rivals those in the South of France, there is live piano music adding to the chatter of well-heeled patrons and each dish is a delight. While the seafood, from the pan-fried flounder to the sea scallops with quail yoke, is a must, make sure to save room for dessert. The toffee ice cream with waffle fragments, custard and salted hazelnuts is a dream for those with a sweet tooth, while anyone celebrating their birthday can pick the "Whatever I Want" option from the menu. A trip to the Black Sea coast town would truly be incomplete without a pilgrimage to this gem, where even the loos are something to behold.

A new fling for an adventurous weekend break full of hilarious run-ins.

Odessa is at its most romantic in autumn - just chilly enough to cling onto your new lover, but not so much your eyes will be watering.

Layers, layers, layers - pack your chunkiest knit and a puffer to keep the Black Sea breeze at bay.

Fly into Odessa International Airport, which is just outside the city centre.