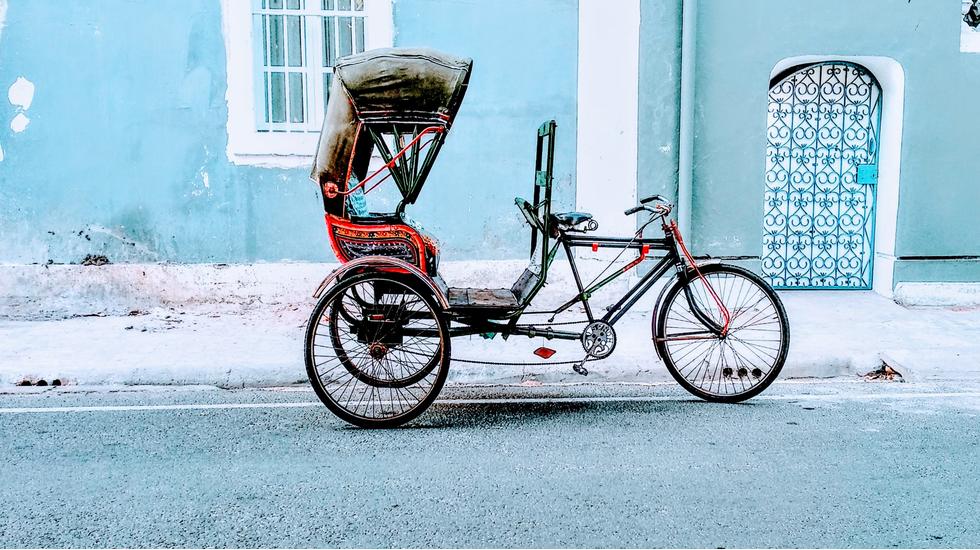 With With a name as pretty as Pondicherry, you know you're in for a treat. Although officially called "Puducherry", most refer to the city by its former name.

Located in the southern state of Tamil Nadu, this former French colonial settlement seems something of a cultural anomaly in India.

Although French rule ended in 1954, tree-lined allées, boulevards and boulangeries are a clear marker of the city's history.

Rejecting any negative associations with its formerly occupied state, Pondicherry flaunts its bohemian-chic aesthetic with pride. Known as the "French Riviera of the East", there is a tangible sense of joie de vivre among locals.

Walk through the French Quarter to see Mediterranean and colonial architecture, and pop into pretty boutiques for a spot of shopping. Admire the pink domes and turrets of Notre-Dame-des-Anges, one of the oldest churches in Pondicherry.

In the evening, go for a stroll along the beach promenade. Here, traffic is banned between 6pm and 7.30am, so pitch up at dusk for tranquil views across the Bay of Bengal.

Drag yourself away from the colourful French Quarter to visit Sri Aurobindo ashram. This community was founded in 1926 by Indian philosopher Sri Aurobindo, and focuses on spiritual progress and evolution. During the week, take a tour round the ashram and visit workshops on yoga, meditation, weaving or hand-printing saris.

For more history, the École Française d'Extrême-Orient is just a 15-minute walk further south. A heritage library housing over 11,000 works of ancient literature and almost 2,000 Sanskrit and Tamil palm-leaf manuscripts, enter to wander round the shelves in open-mouthed awe.

An Ang Lee fan. Much of his award-winning film, Life of Pi, was shot on location here, perfectly capturing the beauty of this coastal town.

Go in autumn for vivid, rich colours while avoiding peak temperatures of the summer season.

In the depths of the French Quarter lies Hotel Dune de l'Orient, a beautiful hotel set inside a mansion dating back to the 1760s. Choose between 14 heritage rooms, complete with four-poster beds and Indian artwork. Down the road, dine at La Maison Rose, a pink 18th-century colonial villa which also houses a boutique shop and art gallery.

Interior design fiends. Colourful buildings and architectural mishmash aside, Puducherry Museum has a whole floor dedicated to vintage furniture for you to while away the hours in.

These Saint Laurent sandals offer a stylish twist on Birkenstocks.

Fly direct to Chennai airport, where you can rent a car or hop in a taxi for a three-hour transfer.