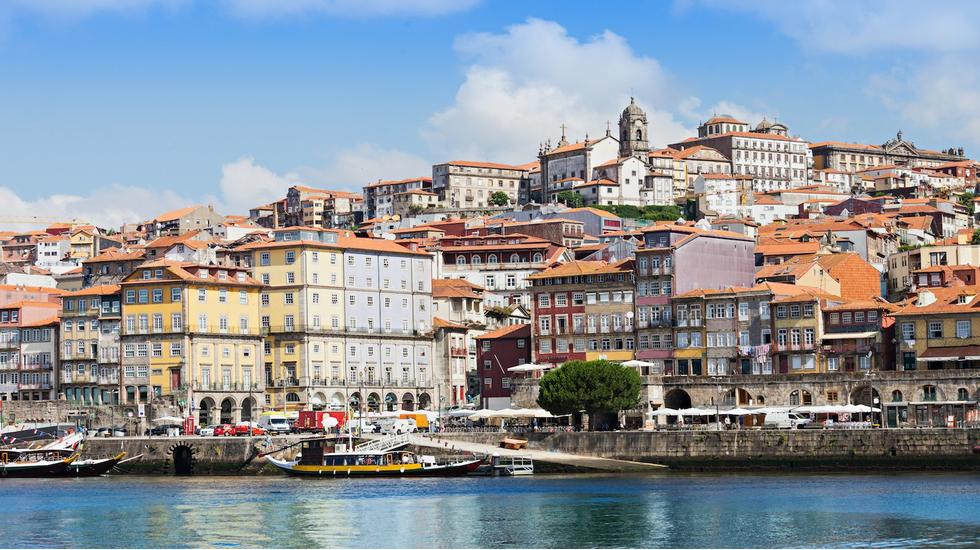 As if inebriated by its star export of port, days pass by at a leisurely pace in Lisbon's rawer sibling - while the young, ambitious population is raring to go. Portugal was one of the worst hit by the 2008 economic crash which left many buildings in disrepair and residents unemployed, but the city's defiance and youthful energy demonstrate how austerity breeds innovation. It's here that you'll find places like a former shopping centre taken over by musicians who use old shops as rehearsal studios, or abandoned warehouses which have been turned into cool concept stores and curated spaces. After victory in the Euros 2016, Portugal is even more positive about the future and a tangible energy buzzes through the streets, where you'll find an increasing collection of lively bars and restaurants.

For those in the know, Porto is a gastronomic playground, the perfect place to dip in and out of dimly lit taverns to sample bolinhos de bacalhau (codfish fritters), pasteis de nata and francesinha, which translates as "little Frenchie" and takes the form of a generous sandwich layered with an assortment of ham, sausage, steak and oozing cheese before being doused in a tomatoey, beery sauce - there's nothing little about it at all.⁠ But there is plenty of opportunity to walk it all off in thigh-burning ascents of Porto's towers and streets.

Despite the romance of trams, walking is the best way to get a feel for the city; climb the striking Dom Luís I Bridge for aerial views of the patchwork of dilapidated baroque and medieval buildings which sprawl down both sides of the River Douro. But if these are not reasons enough, there is also the seaside. Just a short distance from the city lies near-empty surf beaches, beckoning you to play on them.

April to September are the driest months and probably the best for getting lost in the magic of Porto. The city is at its liveliest in late June with the Festa de São João do Porto - if it gets too hot, the coast makes a breezy escape. However, while Porto is particularly pretty in the sunshine, its interiors make it a good bet whatever the weather.

Most likely to bump into...

Plenty of friendly locals, known as tripeiros, which translates as 'tripe-eaters'. Apparently it originates from the 15th century when meat was used to feed those building the ships to conquer Ceuta in North Africa, while city dwellers were left with offal…

A partner or friend who loves to get lost in the city. Anyone who likes port.

For design lovers, the Rem Koolhaas-designed Casa de Música and Museo de Arte Contemporanea de Serraves are a must. Mercado do Bolhão is the large and colourful market in the heart of the city, perfumed by just-baked pastries and an abundance of local produce - the perfect place to pick up some gourmet goods or sit and enjoy lunch with locals. Those Harry Potter fans who have resigned to the year-long waiting list for sell-out theatre tickets, can get their magic fix by visiting the Liviaria Lello library where JK Rowling was inspired by ornate bookcases and winding staircases. Of course, no trip here would be complete without a toast to Porto's best known export. While any bar worth its salt will sell the fortified wine, we recommend a proper tour of one of the wine estates just downstream from the old city.

An essential to bring with you?

Bubble wrap for all the ceramics (and port bottles) you will want to bring home.

How to get there?

Flights from the UK to Porto leave daily. Alternatively, travel by train and pull into São Bento railway station, where the famous azulejo tiles on the walls depict the country's colourful history.