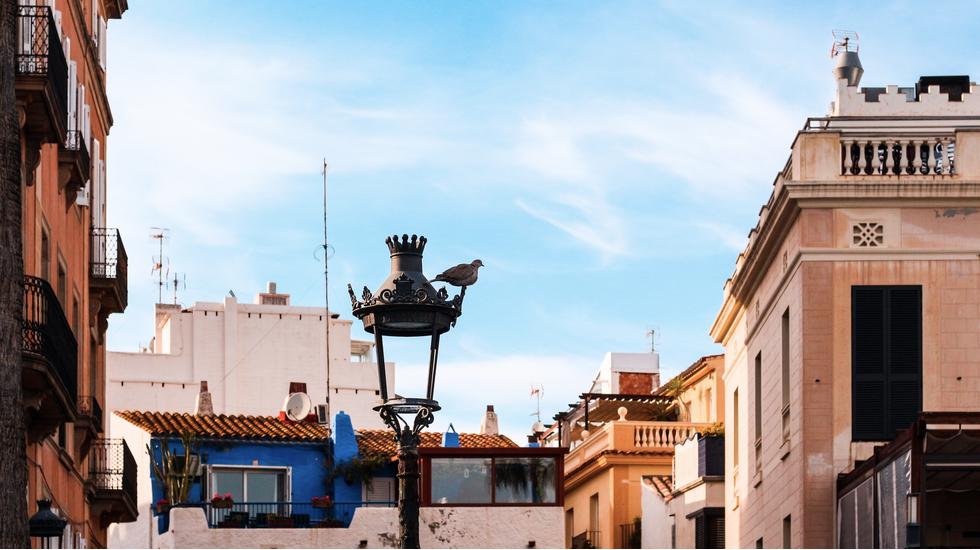 Since Since painters, writers and sculptors began travelling to this coastal town at the end of the 19th century, Sitges has been known for its creative and liberal leanings. The town's many festivals and celebrations draw in wild party-goers from around the globe, while a choice of beautiful sand beaches and a peaceful off-season attract sun-seekers and young families. Culture vultures should head to the Old Town to admire the Church of Sant Bartomeu and Santa Tecla, built in the 14th and 15th centuries, or make a trip to the Cau Ferrat Museum. Once the home of modernist Catalan artist Santiago Rusiñol, the building now exhibits his life's work. Venture outside the town for a walk in the Garraf Natural Park, where you can hike up mountains in the Garraf Massif or wander round abandoned villages nearby. Nearer to home, a walk along the Passeig Maritim - a boulevard lined with charming cafés and restaurants - makes for a pleasant pre-dinner stroll.

Despite the town's impressive stock of cultural and historical activities, Sitges is more prominently known for its party atmosphere. Just a 40-minute drive south of Barcelona, Sitges offers a cosmopolitan vibe without any pretension. The town's lively nightlife and glam crowds have earned it a reputation as the Saint-Tropez of Spain and with bars and clubs aplenty (not forgetting the latest Soho House addition, Little Beach House Barcelona), this former fishing village has redefined itself as one of the top destinations for revellers.

The Sitges Film Festival. Since 1968, Sitges has hosted events, awards and screenings of fantasy and horror films. Watch timeless classics or new independent releases, all the while keeping an eye out for high-profile celebs; previous award winners have included Christian Bale, Michael Gambon and Robert Downey Junior. Once gore and scares have sufficiently doubled your heart rate, relax with some wine tasting from Catalan's wine country. The region's cava should do the trick.

A friend who loves seafood. This coastal town is home to some of the best seafood restaurants in Catalonia. Try xató, a traditional salad dish served with anchovies, tuna and cod, topped with a sauce made from almonds, hazelnuts, breadcrumbs, garlic and nyora pepper. As the recipe varies in each Catalan town, many tourists embark on a taste tour called the "xató route" to decide for themselves which recipe is best.

October to catch the Film Festival and the last of the warm weather.

Little Beach House Barcelona offers Miami-esque interiors, coastal dining and private terraces with views of the beach (sprinkled with peppermint striped beach towels a la Soho House). For a more traditional stay, Hotel Medium Renaixença is one of the oldest in Sitges, and only a few minutes walk from both the beach and the town centre.

Although an off-season trip to Sitges is ideal for a relaxing holiday, most go to Sitges to let their hair down. The Sitges Carnival is held in spring, where crowds gather for live music, colourful costumes and parties into the night. The rest of the year, revellers flock to the town centre for LGBT-friendly bars, drag nights and clubs. The morning after a big night out, you're likely to see a few haggard faces but a friendly atmosphere permeates through this liberal town, meaning even the most hungover souls will greet you with a warm smile of hazy recognition.

Be ready for a day at the beach or a night out in the town with this APC canvas tote big enough to hold outfits for both occasions.

Sitges is just a 40-minute drive from Barcelona, so fly into Barcelona airport and hire a car to drive down the beautiful Catalan coast.