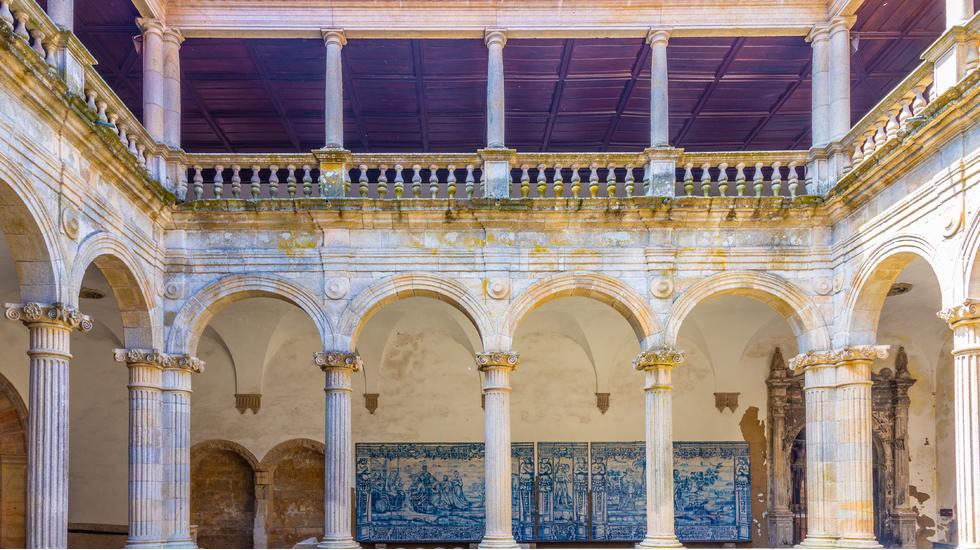 Set on a steep hill, this provincial city has postcard-worthy vistas across terracotta-tiled roofs to the surrounding Centro region, where vineyards, pine forests and mountains form a pastoral patchwork. It's small wonder Viseu is ranked among Portugal's best cities in which to live.

Crowning the city is the 12th-century Sé Catedral de Viseu, the oldest building here. Take a tour to discover its mishmash of roman, gothic and baroque styles. Art lovers should make a beeline for the Grão Vasco Museum to ogle pieces by local renaissance artist Vasco Fernandes, as well as other Portuguese paintings, sculpture and tapestries dating from the 1200s to the 20th century.

Culture-fix satiated, walk in the dappled light that dances between the oak and chestnut trees of Parque do Fontelo, the city's largest green space. Alternatively, fill your lungs with fresh mountain air on a more rigorous hike on the Serra do Caramulo before dipping into the therapeutic São Pedro do Sul baths.

Stay at Quinta do Medronheiro, a converted farmhouse that provides the perfect fusion of modern and traditional style. Set among charming vineyards and watermills, this hotel surpasses any offerings in the city centre - be sure to explore its surrounding hiking trails.

Where to go for dinner…

Book a table at O Hilário. Just a short walk from the cathedral, this family-run restaurant offers a menu packed with steaks, sausages and stews. If a mighty meaty dish doesn't quite cut it for you, there are a few fish options too, though you'll probably have to ask for veggie dishes.

You'll want to head to Lounge, partly for its mouth-watering cocktails, but largely for its industrial-chic decor. This bar is wrapped with wooden panels and warm pendant lights, both making for a very cushty set-up.

If you're a couple looking for an under-radar first-holiday destination, Viseu is your spot. You can thank us when you're planning a return for your 20th wedding anniversary.

Early August to mid-September is the ideal time to visit; sun-worshippers will be guaranteed some serious rays. During this period, the city hosts a range of events and festivals. We recommend a ramble around the famous São Mateus Fair, which has drawn locals with folk music, handicrafts and food stalls for more than 600 years.

A pair of trainers in which you can stomp around the trails. This pair of Kim Jones Chuck 70 Converse sneakers should be the perfect fit.

Fly to Porto's Francisco Sá Carneiro Airport, from where it's a 90-minute drive to Viseu.